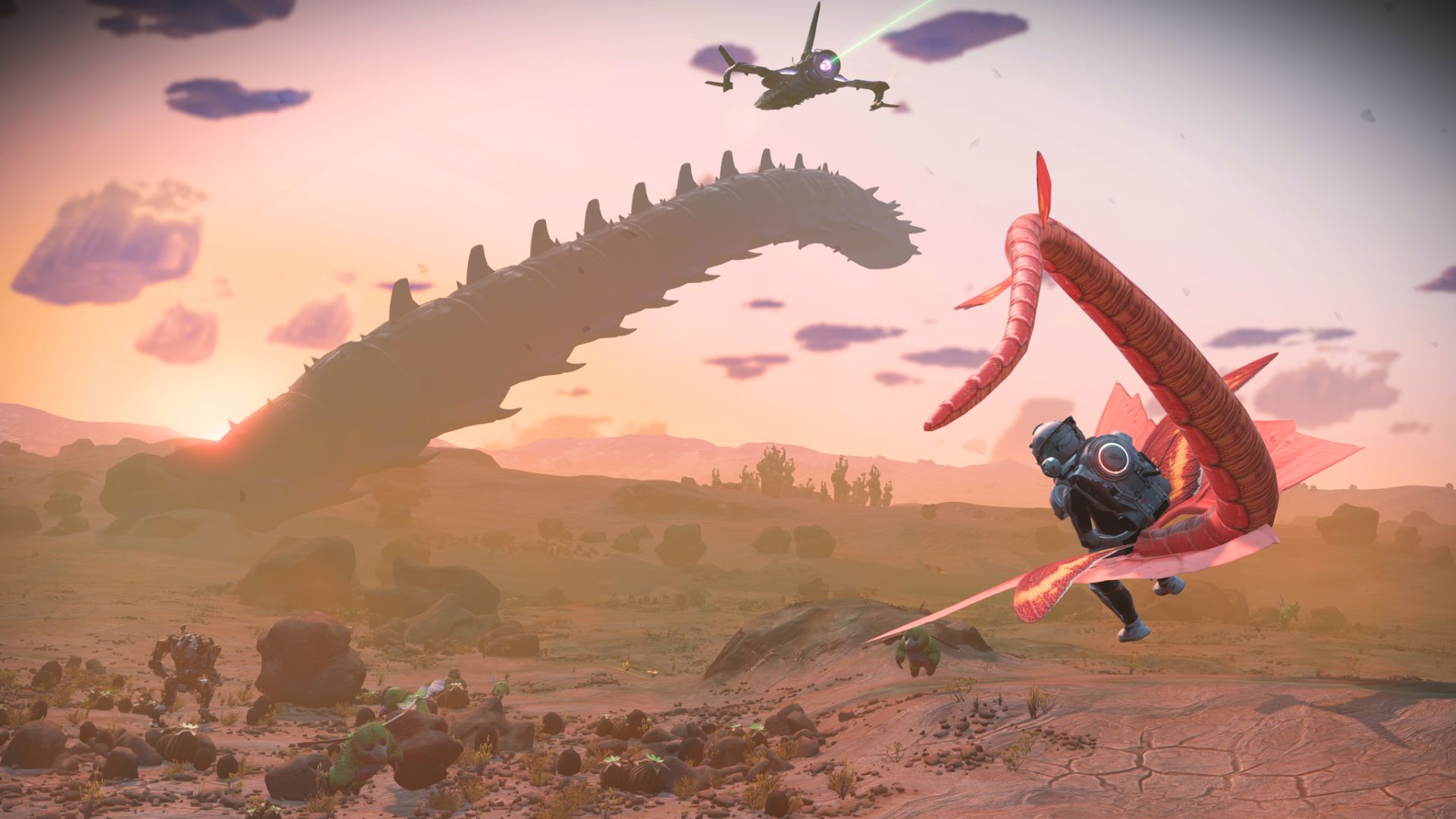 The updates keep on coming for No Man’s Sky. Last month, Mass Effect’s Normandy spaceship appeared in one of the space game’s expeditions, and now something else – and pretty different – is on the way today. Hello Games is dropping the latest update – 3.5, or Prisms if you’re feeling fancy – today (June 2), which brings a visual overhaul to the game.

“Update 3.5, Prisms, dramatically refreshes the No Man’s Sky experience with a range of new visual features and technologies,” Hello announces in the notes. “The universe has never looked better, with reflections, new texture effects, more biome detail, improved lighting, new skies, new warp effects, creature fur, and a host more besides.” As this implies, basically every element of the space survival game has been given the virtual rework treatment, which is underpinned with some new tech.

The game now supports SSR – screen space reflections – which create much improved reflective surfaces and lighting, giving the game a new level of realism. For example, ships and lifeforms’ movement will now create reflections. Plus, new volumetric lighting styles – coloured and volumetric – have been folded in, which add extra touches of atmosphere and glow to aspects of the universe.