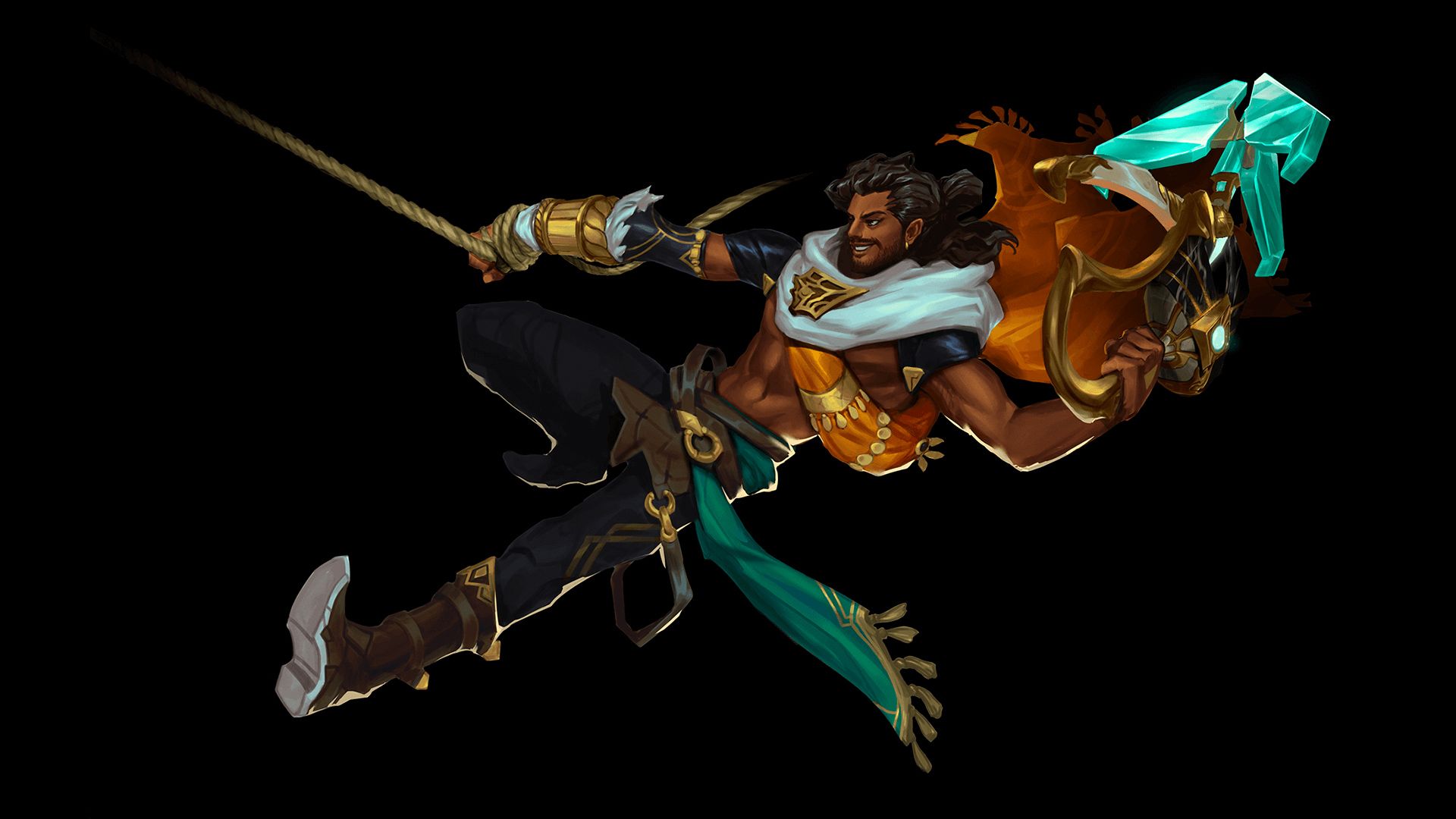 If you’re a League of Legends fan, you’ll know there’s a new face headed to Riot’s flagship MOBA game very soon. Called Akshan, he’s a “midlane marksman with a grappling gun, stealth, and a revive” – as well as a suave, cool-guy flair – who’s coming with League of Legends patch 11.15. His signature bit of kit is that grappling hook, and it was teased a while back – but it turns out it could have belonged to another champion entirely.

Current lead game designer on the multiplayer game’s Summoner’s Rift team Jeevun Sidhu has revealed on Twitter that Riot originally tested Akshan’s grappling hook for fighter champ Camille years back. “I guess I can share this now. Started this spell five years ago on Camille,” the dev says, which naturally would have been for her E ability, Hookshot, which lets her pull herself towards a wall and power off of it, knocking up enemy champions as she lands.

This comes alongside a clip showing another champion – Katarina – subbing in to demonstrate the kit. As you can see below, there’s a clear parallel between the carving, swooping movement she demonstrates grappling around the rift and the kit Akshan’s now landed on the PBE with.