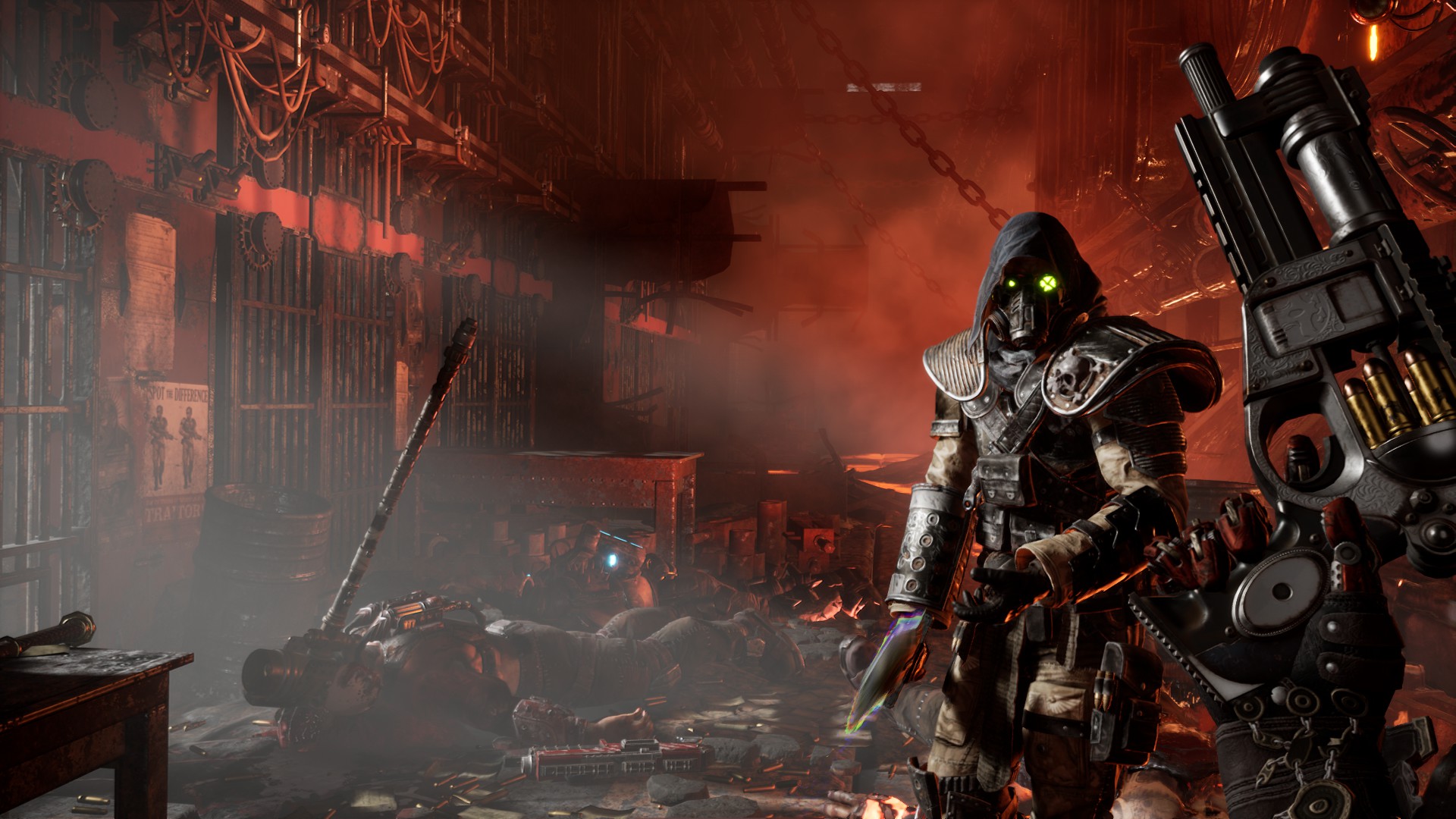 Warhammer 40k’s hive cities are among my favourite settings in all of sci-fi: planet-sized complexes stretching from lightless underground industry to spires that pierce the sky. They add new meaning to the phrase ‘living on top of each other’ as billions of humans huddle together against the encroachment of Chaos and hostile alien species – including the cultists and criminals rotting the cities from within.

There’s no better microcosm of the overgrown logistical nightmare that is the Imperium, grinding souls away just to keep the lights on. So who’s responsible for maintaining order in this lawless chaos? Well, you. Kind of. In Necromunda: Hired Gun you play a nameless bounty hunter tracking the baddest of the bad in the ‘underhive’ of Necromunda, a grimy hive city in which Warhammer publisher Games Workshop set a hit tabletop game back in the ’90s.

One day things take a turn for the worse. While searching for the murderer of a guild member, your comrades are killed by a shadowy assassin and you are left for dead. The famous bounty hunter Kal Jerico pulls your feet out of the fire and together, with a dome runner (basically a guide to the underhive) and your trusty mastiff, you set about unravelling a gang conspiracy led by the notorious Silver Talon.