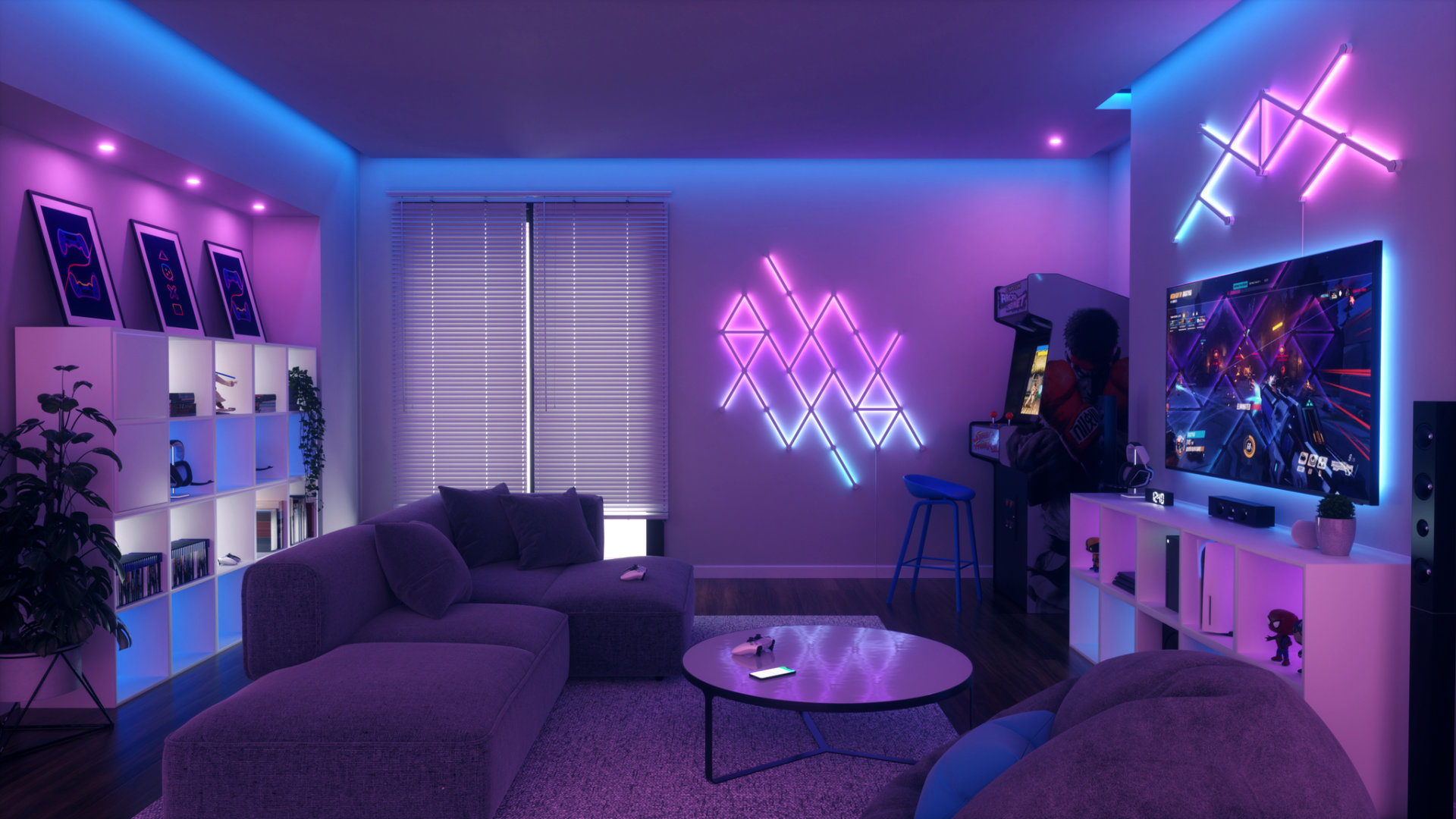 While Nanoleaf might be best known for its modular, RGB LED smart lights that frequently appear in your favourite Twitch streamer’s cam, the company has made a concerted effort to cater to less gamerfied areas of your home in recent months. Following Nanoleaf Elements, which gently flicker warm white light above your fire, the latest product is called Nanoleaf Lines and it looks like an art installation.

Nanoleaf teased its Lines series during its Live Spring 2021 presentation in June, with many speculating it’ll take the form of light bars that sit above your gaming monitor akin to the Govee Glide wall light or the Lifx Beam. Instead, Lines are lighter and thinner backlit panels that beam diffused light at the wall or ceiling they’re mounted to, creating an aura-like glow.

The lights are modular and attach in 60-degree increments, so you can’t frame your photos with them but you are able to create an assortment of geometric shapes. Each light has two addressable sections, so you can blend colours on the RGBW spectrum, and you can switch between scenes on-the-fly to suit any mood. As usual, Nanoleaf includes 19 preset scenes to choose from, some of which even dance to your music or sync to your screen, but you can give it a personal touch by creating and uploading your own if you have the time.