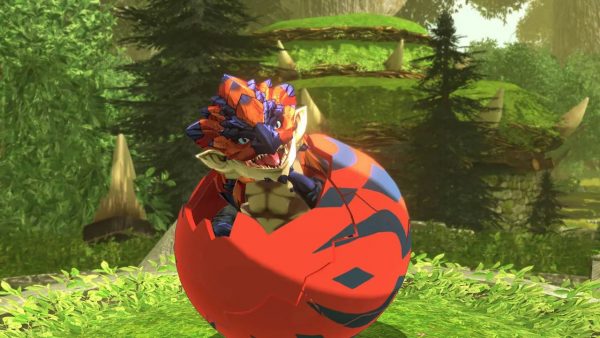 Monster Hunter Stories 2 releases soon, and Capcom has outlined what its plans are for the game post-release.

Capcom promised last month it would share more details on post-release content for Monster Hunter Stories 2, and today it delivered.

August 5 will see the release of the second update which sees the arrival of the Mother Goddess of Gold, Kulve Taroth. Coming from Monster Hunter: World, Kulve Taroth will be the target of a co-op quest. You won’t be able to raise her as a Monstie, but if you beat her, you will get some nice equipment for your trouble.

That same update will include the Hellblade Glavenus and Boltreaver Astalo, the Deviant Monsters from Monster Hunter Generations Ultimate. These can be raised as Monsties.

In September, two more updates will arrive. One will feature the Deviant Monsters Soulseer Mizutsune and Elderfrost Gammoth, in addition to the subspecies Oroshi Kirin. The second September update will add high difficulty for Kulve Taroth quests, and it will also include the Deviant monster Dreadking Rathalos and the rare Molten Tigrex.

Finally, in October, Silver Rathalos and Gold Rathian will join the game as Monsties. Another co-op quest will also be added where you and a friend will be able to take on a High Difficulty Monster to be announced.

Monster Hunter Stories 2: Wings of Ruin will be released on PC and Switch July 9. 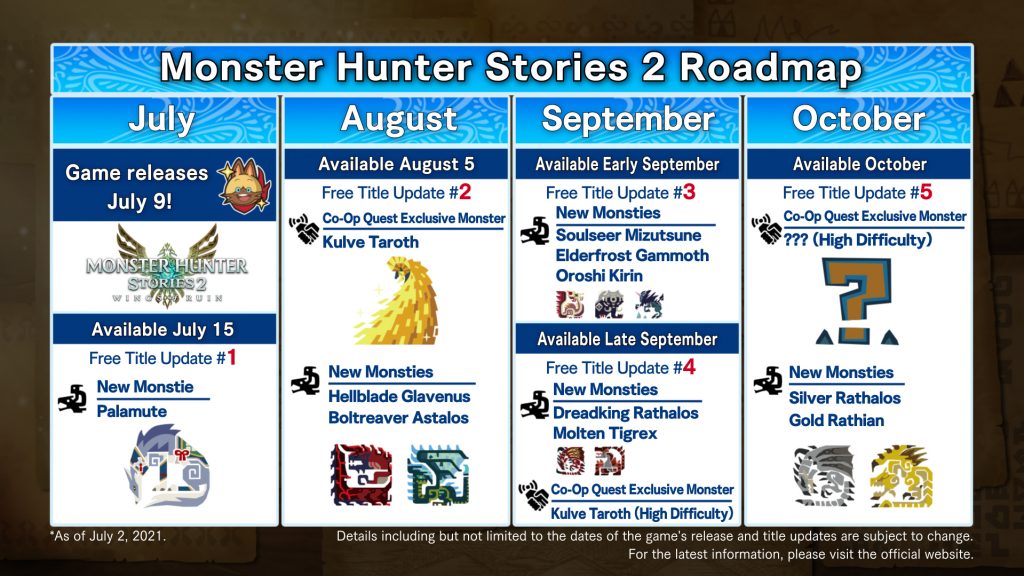 The post Monster Hunter Stories 2 will have plenty of post-release content to keep you busy appeared first on VG247.