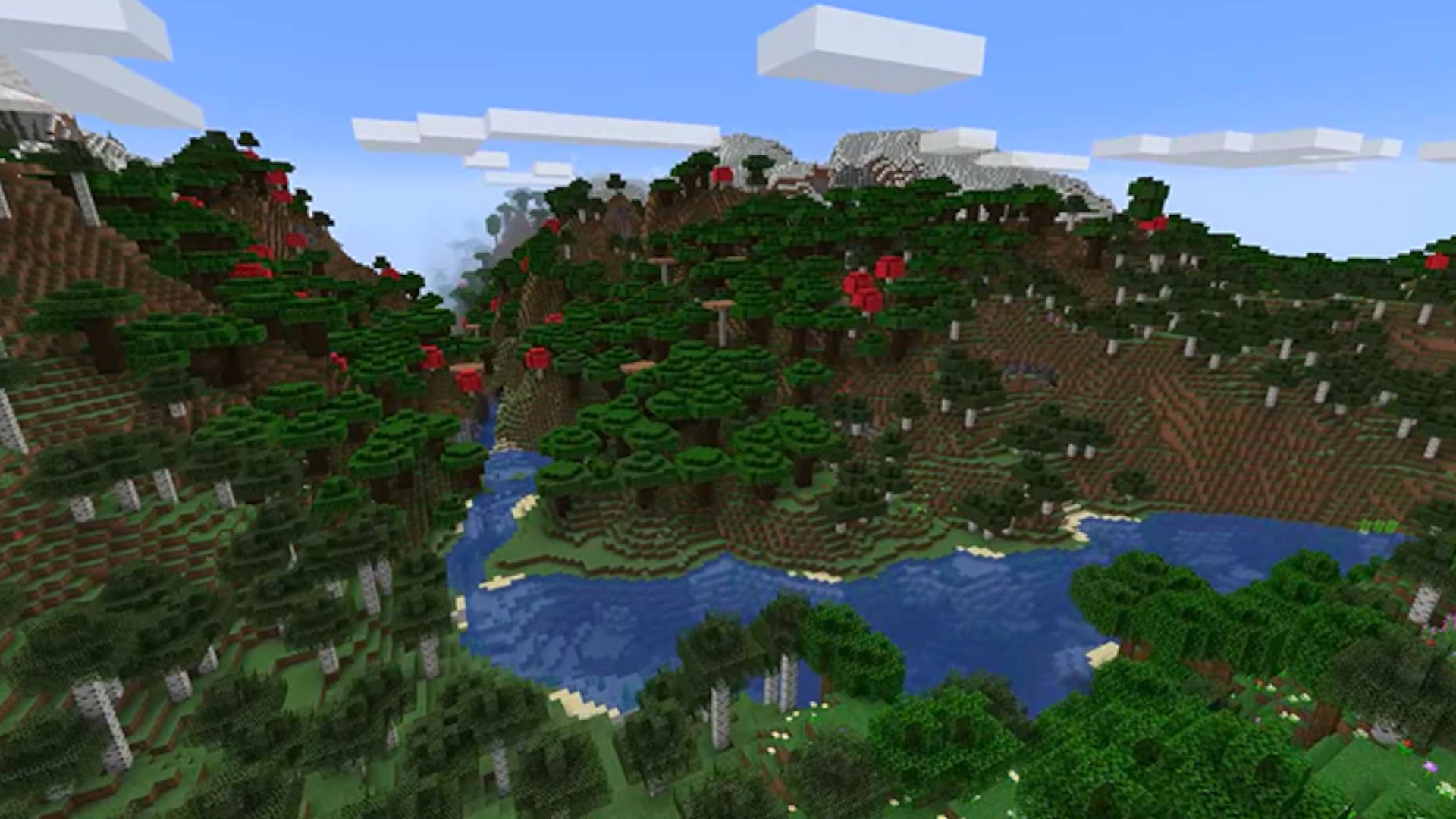 Minecraft 1.17 is here, so now it’s time to look ahead to the Minecraft 1.18 release date. The devs at Mojang have just launched a major snapshot beta for the upcoming version including the new Caves & Cliffs biomes, but even more exciting, the snapshot also features a look at a complete revamp for world generation and monster spawns.

As of 1.18 Experimental Snapshot 1, there is now natural terrain variation, separate from how the biomes work. So you’ll see hills, plains, and mountains carry naturally across different biomes. In the patch notes, the devs give an example suggesting that “forests and deserts could form up on a hill without needing a special biome just for that”.

This update also makes it so that mobs that spawn in darkness only spawn in complete darkness – meaning that dimly lit areas are safe from monsters too. So you’ll no longer have to bathe your outdoor courtyards and villages in intense spotlights to keep them safe. Or, as the devs say, this makes “it easier to spawn-proof the new larger caves”.