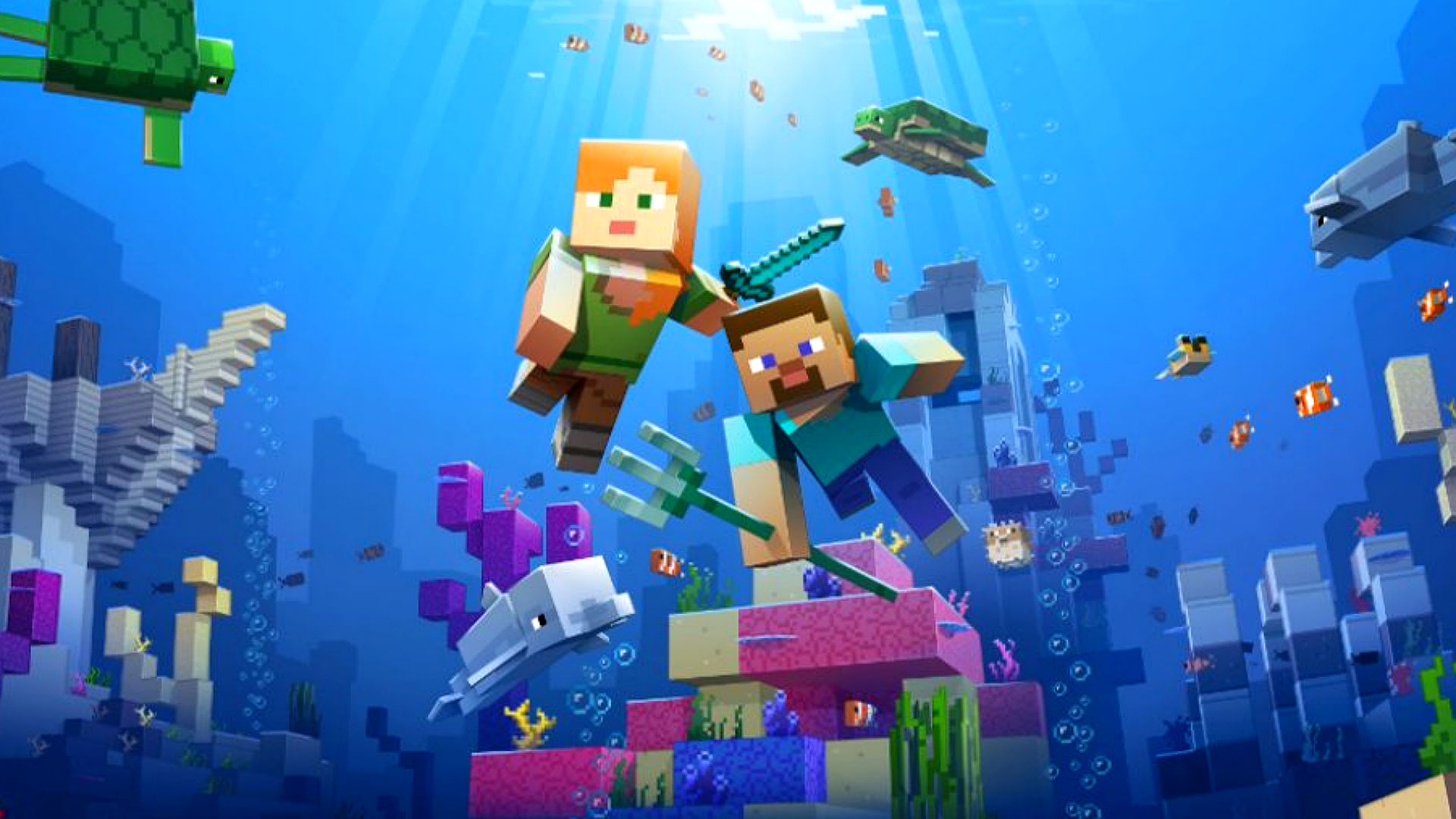 The Minecraft trident has been in Minecraft Java Edition since the Aquatic update (Java Edition 1.13) as a rare drop from Drowned enemies. The trident is easily one of the best Minecraft weapons as not only can it be used in melee and ranged combat, but even its non-enchanted form can dish out more than a diamond sword, although its attack speed is a little lower. Plus, if you work on your aim you can throw a trident up to 80 blocks away.

Interestingly, you cannot craft a Minecraft trident, so you can’t actually find a recipe for this underwater weapon. Instead, you’ll need to grab one of these from the cold, dead, soggy hands of a Drowned mob, one of the new zombies introduced with the Aquatic update.

The fact that the Minecraft trident is a mob drop and as powerful as a diamond sword makes it an excellent weapon early into your Minecraft adventure, provided you’re strong enough to take out a Drowned. Below we’ll walk you through how to get your own Minecraft trident, as well as what Minecraft enchantments you can upgrade it with.