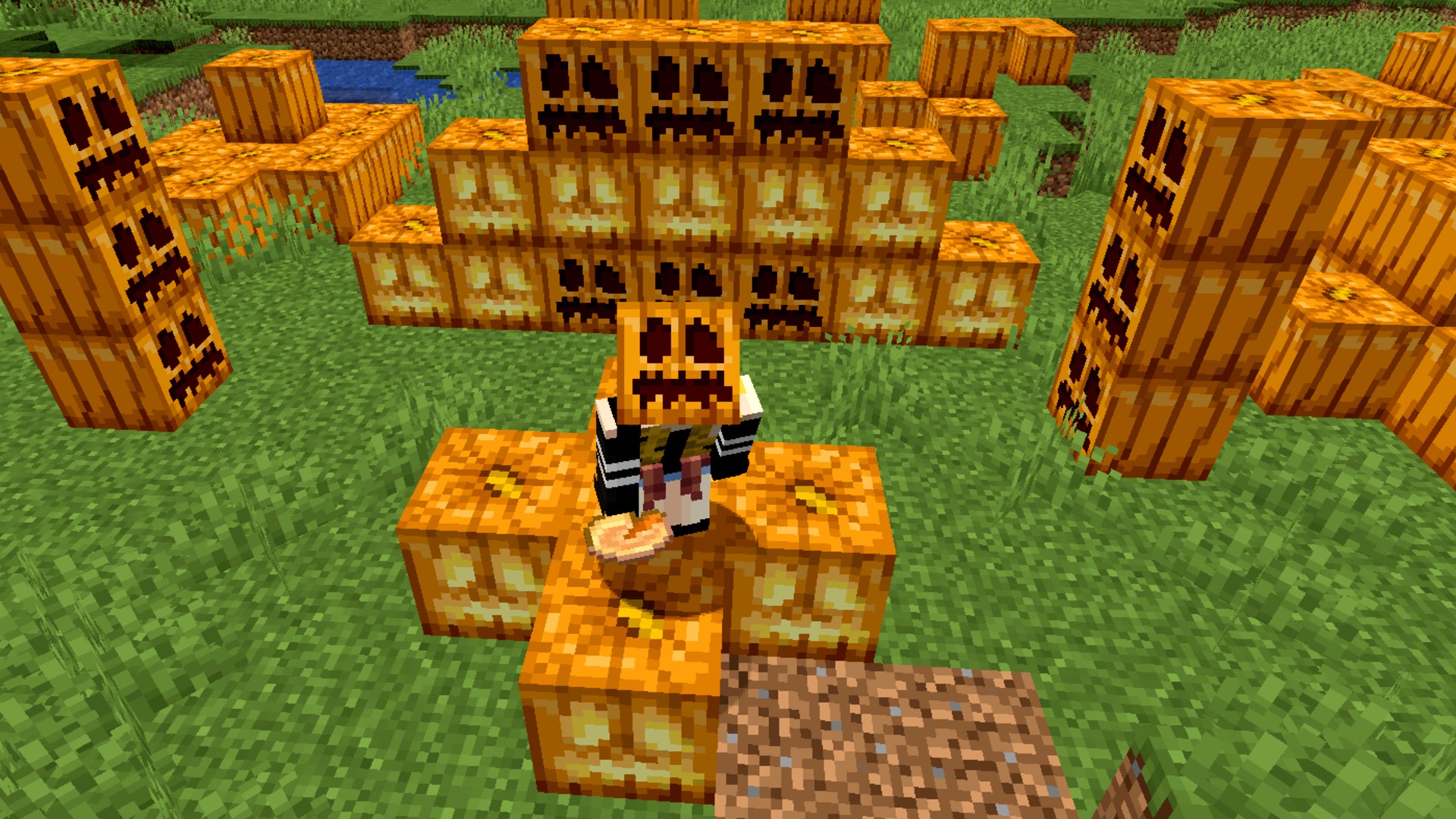 Want to know how to use a Minecraft pumpkin? Pumpkins aren’t just for Halloween – they’re one of the most versatile blocks in Minecraft, with several surprising uses. They appear naturally in most biomes, but require a grass block with air above it in order to spawn. They also naturally show up in stem farm rooms inside woodland mansions, but those are particularly tricky to find – luckily, we’ve identified a Minecraft seed that spawns you a mere hundred blocks away from one.

You’ll also find carved pumpkins – the spooky siblings of regular pumpkins – in rail rooms in woodland mansions. Carved pumpkins show up in pillager outposts inside tents alongside normal pumpkins, too, and atop scarecrows. Pumpkins also generate instead of hay bales outside taiga and snowy taiga villages. There are even more ways to get your hands on a pumpkin – they have a 15.6% chance of showing up in chests inside shipwrecks, and you may be able to buy one from a wandering trader.

There’s one more way to get hold of a carved pumpkin – if a hostile Minecraft mob spawns during Halloween, there’s a chance they’ll show up sporting a carved pumpkin on their head. In order to steal the pumpkin, you’ll have to kill it with a tool you’ve added Looting to at a Minecraft enchantment table. The chances of it dropping are pretty slim – you’re better off carving your own, which we’ll explain how to do below, before guiding you through the Minecraft pumpkin’s varied uses.