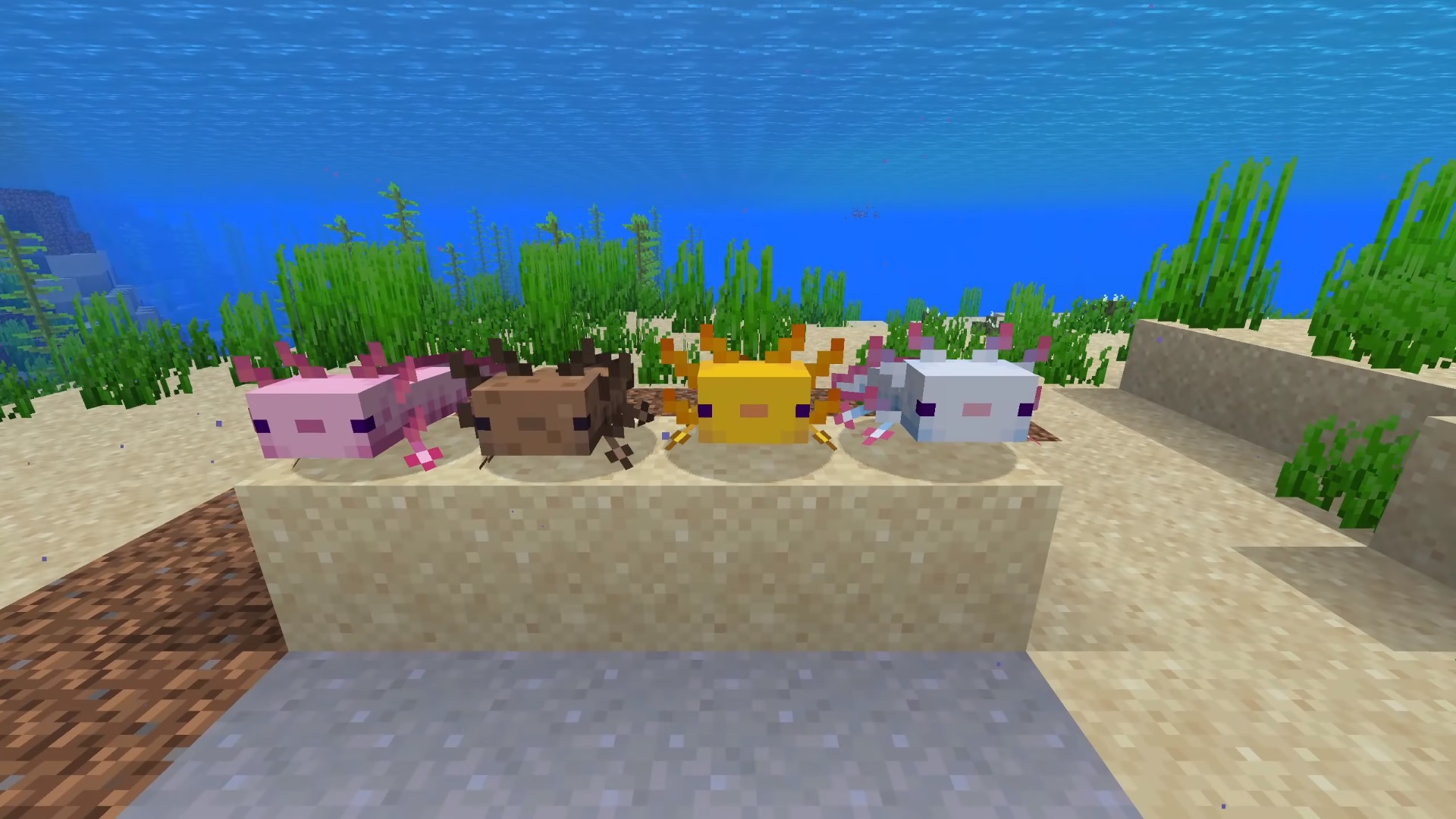 Minecraft‘s big Caves & Cliffs update has been split into multiple parts, and it’s looking like the first part is set to launch very soon. Part one focuses on the new blocks and mobs, while part two brings the new biomes and world generation features. But some of those new mobs are intended for the new biomes, so where do they live in the meantime? The devs have explained exactly that in a new video.

The Minecraft axolotl is meant to spawn in the lush caves biome, but until that area is added, you’ll find them in normal underground waterways. The warden, however, won’t be available in part one. Its mechanics are much more closely tied to the upcoming deep dark biome, so the devs are holding it back until they can release both at once.

Goats, of course, are simply meant to spawn in the mountains, and they’ll do exactly that. Don’t worry, you’ll find screaming goats in part one, too. Similarly, Minecraft’s glow squids will spawn in cave water sources like underground lakes, just as was always planned.