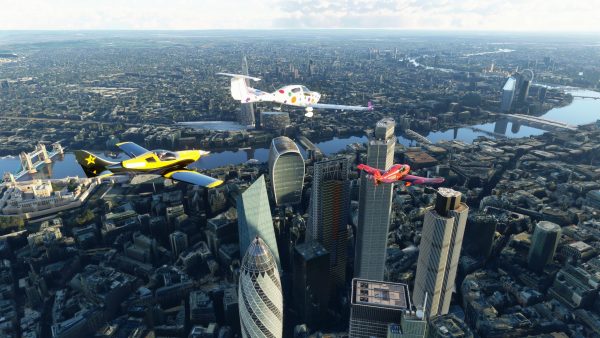 Part of Microsoft Flight Simulator’s engine has been rewritten, resulting in big gains in performance.

Ahead of the release of Microsoft Flight Simulator on Xbox Series X/S, Microsoft and developer Asobo hosted a livestream to reveal some of the work the team has been doing in preparation for Update 5.

Update 5 is the version of Microsoft Flight Simulator that will launch on Xbox, and it will also land on PC on the same day. The main advantage of the game’s engine rewrite is significantly improved CPU performance. To demonstrate, Asobo CEO Sebastian Wloch showed a flight over Manhattan with the current version, averaging around 40fps. The same flight averages 60fps using the same settings and on the same PC after Update 5.

This is all without DirectX 12 optimisations, which should further boost the game’s performance. Even without DX12, you can clearly see on the graph how less CPU-bound the game will be after Update 5, making better use of GPU resources as a result. Asobo also pointed out that VR performance will improve thanks to this update, but didn’t go into specifics.

The post Microsoft Flight Simulator performance about to get a major boost appeared first on VG247.