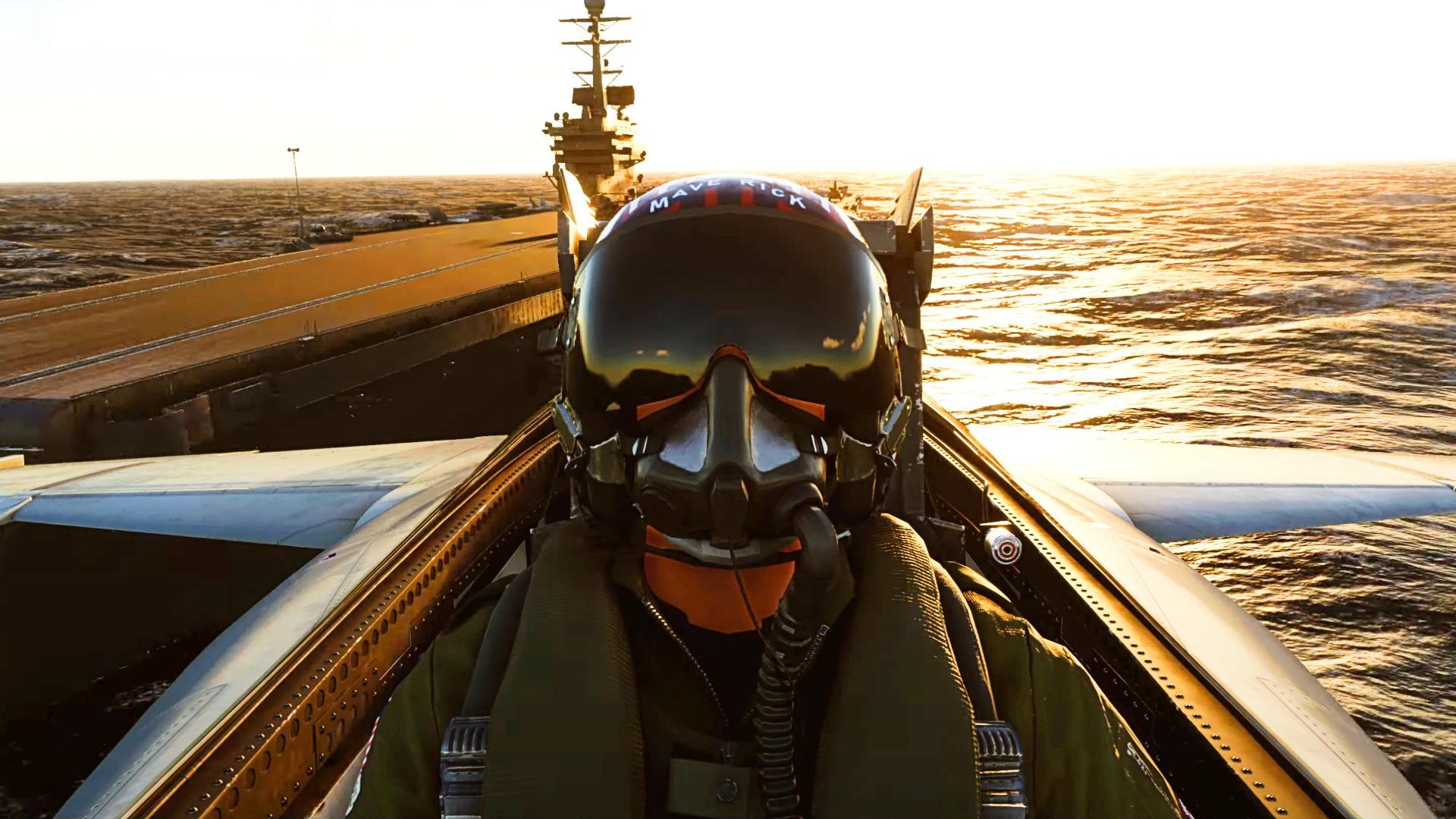 Huh, Microsoft Flight Simulator is getting a free Top Gun update, which kind of rules if you think about it. Microsoft has revealed news of the update during its E3 showcase alongside a trailer. It won’t cost you a dime, and it’ll premier alongside the move on November 19, 2021.

The trailer doesn’t show its hand right away, with shots of the sea and a flight carrier taking up the earlier moments of the reveal. We then see shots of the planes themselves before seeing one with Maverick on the side, giving us our first clue. The rest of the trailer is filled with the familiar jet swooping through the skies and dashing low to the ground through some greenery – it looks like a good time.

Microsoft also revealed that Flight Simulator is coming to the Xbox Series X|S on July 27, 2021, so you’ll soon be able to pick it up somewhere that isn’t your PC if you fancy it. You can also pick it up on Xbox Game Pass when it launches if that’s your preferred option.