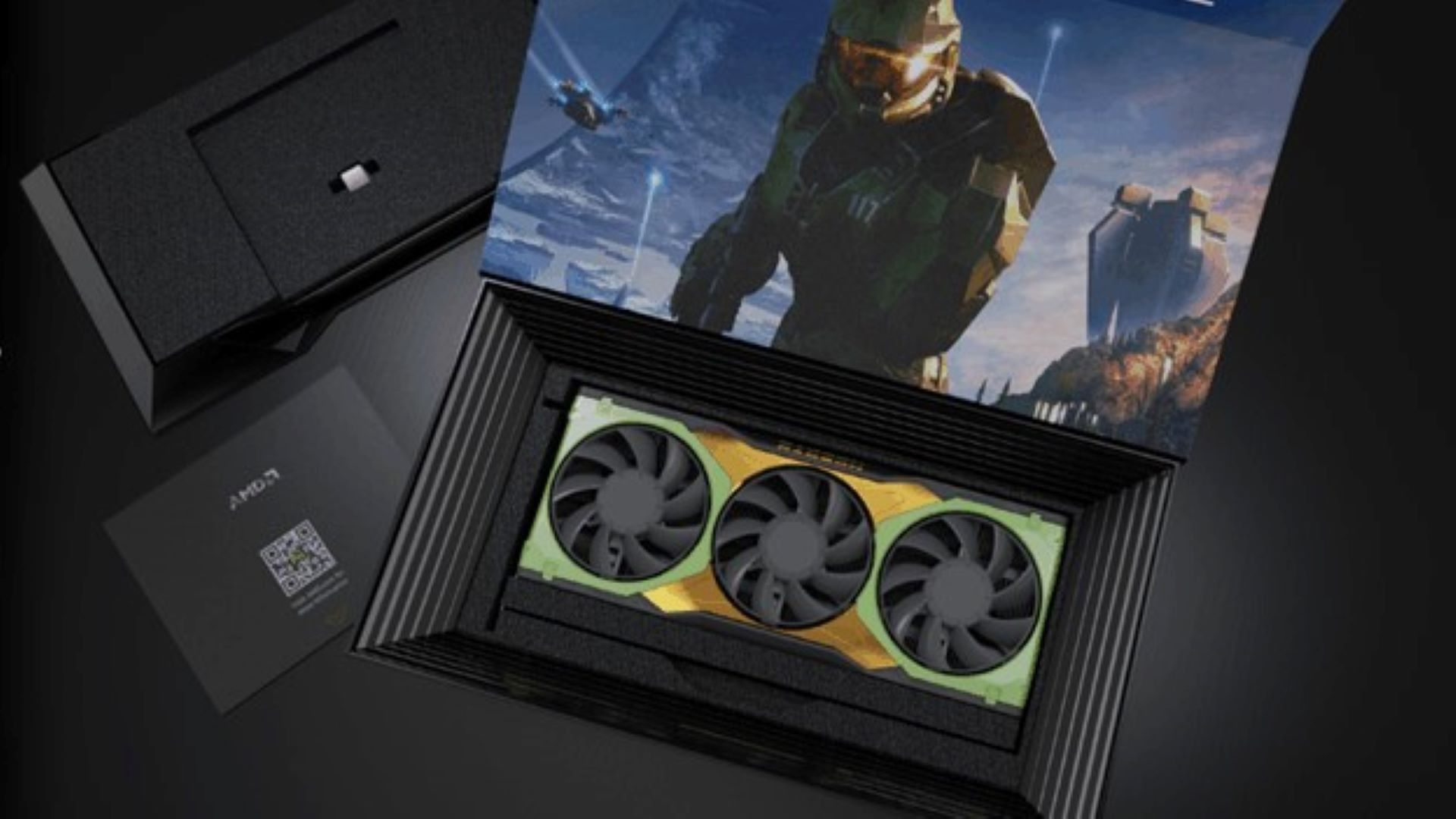 Halo Infinite’s release is just around the corner, and unlike Master Chief’s previous outing, the shooter is making its way to Steam and Xbox Game Pass. However, everyone’s favourite Spartan is actually coming to gaming PCs in more ways than one, as AMD and 343 Industries have teamed up to create a limited edition graphics card that’s clad like the shooter’s stoic soldier.

The GPU in question just so happens to be an AMD Radeon RX 6900 XT, and it features an army green colour scheme, a blue Cortana light emblem, and the Chief’s ‘117’ Spartan callsign boldly printed on the backplate. Naturally, the innards of this unique RX 6900 XT are the same as the original product’s, so while it’s still AMD’s fastest graphics card, it won’t feature any souped-up Spartan enhancements.

Just like most GPUs in 2021, you won’t be able to simply purchase this collaborative card. Instead, AMD says there be “multiple opportunities over the coming weeks” for fans to get their hands on the unique PC component, which suggests some sort of incoming competition or event.