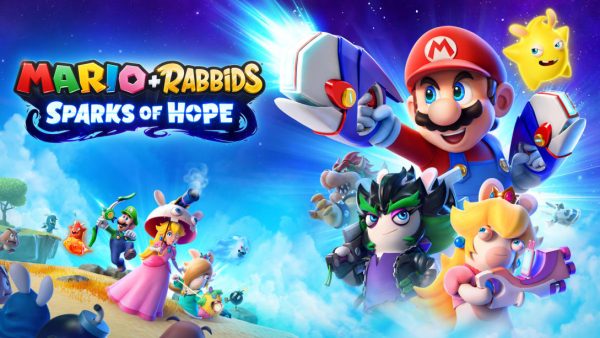 Seemingly ahead of schedule, Nintendo’s official website has revealed Mario + Rabbids Sparks of Hope to the world, a sequel to Ubisoft’s beloved 2017 strategy game.

Mario + Rabbids Sparks of Hope’s listing on Nintendo.com is very much akin to Microsoft Store leaks, in that it includes the game description, as well as several screenshots. Nintendo’s various social channels have yet to post about the game.

Nevertheless, this is indeed the next game in the Mario + Rabbids series. The blurb mentions building your team to fight “a malevolent entity” and save your Spark companions. Mario, Luigi, Princess Peach, Rabbid Peach, and Rabbid Luigi are all name-dropped.

Over the course of the campaign, you’ll take on new and classic Mario bosses. You’ll also get to rescue more Sparks, who in turn will offer you distinct powers for use in battle.

Mario + Rabbids Sparks of Hope is listed for release in 2022. We’re likely going to see gameplay – or rather, a proper reveal – at today’s Ubisoft Forward E3 2021 event.