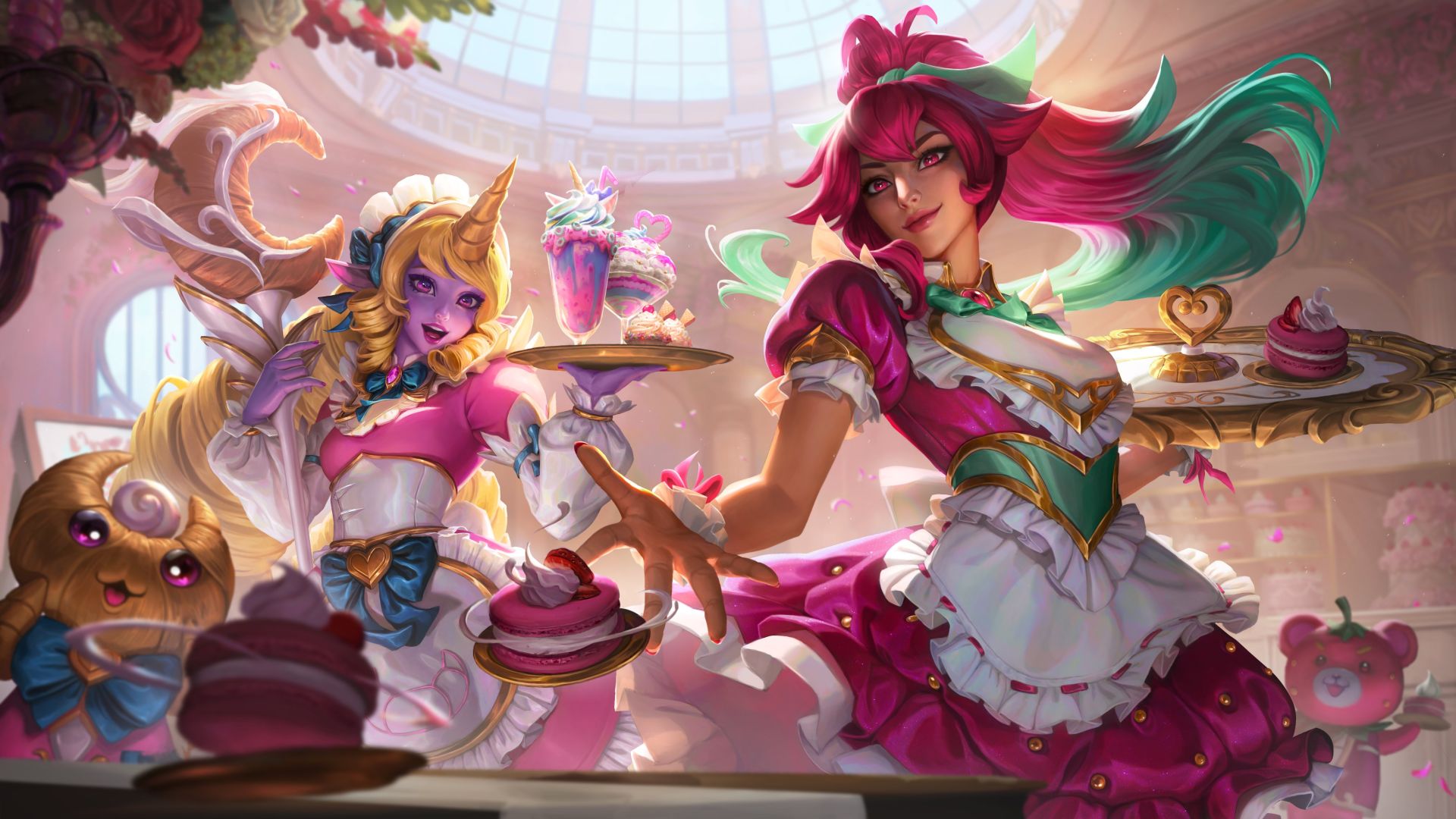 Here we are, League of Legends fans. The end of the League of Legends 2021 patch schedule draws close, and we’re now well into Preseason 2022 testing season. League of Legends patch 11.22 is gearing up to hit the MOBA game’s live battlegrounds, and while its follow-up hasn’t hit the PBE for its own round of testing quite yet, Riot has been giving us an idea of what’s coming – so here’s an early look for you to check out before the fresh batch o’ PBE stuff goes live tomorrow morning.

As revealed by Riot on its various social media channels, patch 11.23 brings a batch of sugary sweet Café Cutie skins, with Annie, Soraka, Vladimir, Gwen, Bard, and Sivir being the lucky champions in for new looks in the alternate universe line this update. While the skins haven’t yet hit the PBE – with it not due to come back from maintenance for a little while yet – you can get a peek from Riot’s channels in the New Champion Skins section below.

As for balance changes, we don’t yet have an idea of which champs, items, or runes might be in for buffs or nerfs this patch just yet. However, keep checking back on these notes over the update’s two-week-long testing cycle as we’ll keep them updated with everything you need to know.