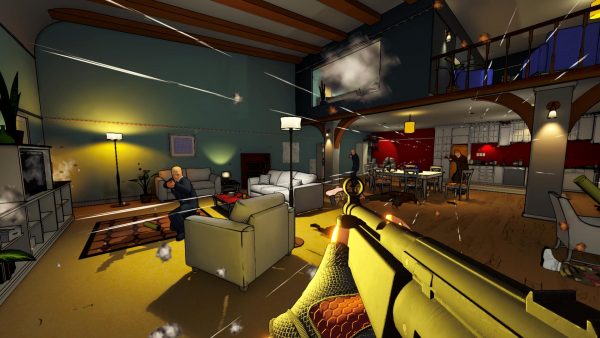 RICO London is an honest indie game. What you see is what you get and what you get is an enjoyable fast-paced buddy cop shooter where you burst through doors trying to headshot everyone in sight while simultaneously dodging incoming bullets in slow motion.

I went hands one with an early build of RICO London and captured some gameplay to show you all. Watch the video below for a closer look at this indie FPS.

What did you think? Let me know what you think in the comments below. My favorite thing is the cell-shaded graphics, it reminds me of the game XIII which I loved back in the day.

RICO London’s release date is set for September 2. It’ll be available for Nintendo Switch, PC, PS4, Xbox One, and work on the new-gen consoles. Check out what other games are due soon on our video game release dates page.