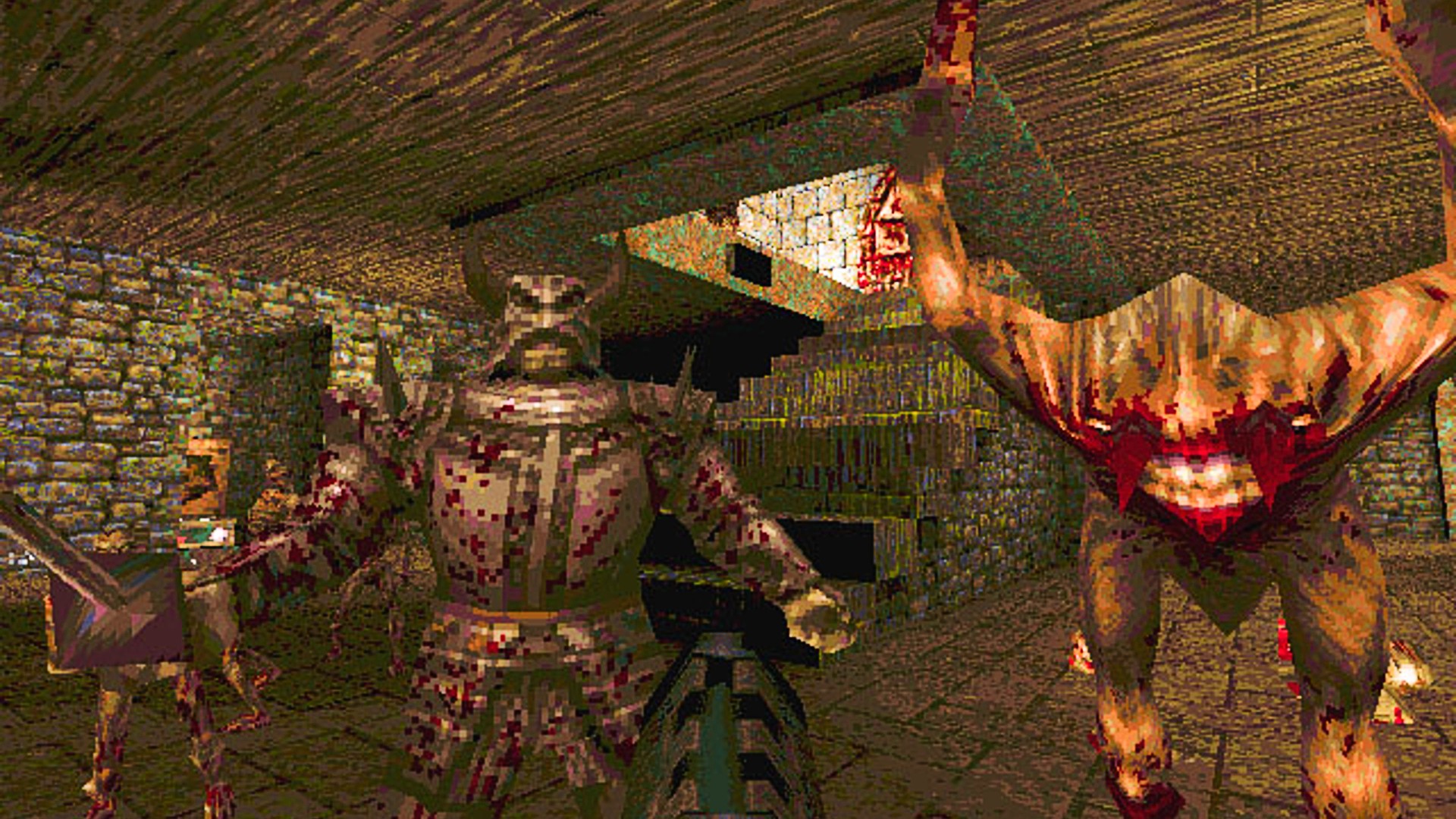 QuakeCon 2021 is set to kick off later today, and it looks increasingly likely that we’re going to see a new version of Quake in some shape or form. A new rating from the Entertainment Software Rating Board (ESRB) has popped up for an unknown Quake game, mentioning that it’s coming to PC, PlayStation, Xbox, and Nintendo Switch.

It also comes with a summary of the game, but it doesn’t tell us much as you could apply the description to oodles of games in the long-running series. You’ve got “maze-like medieval environments”, shotguns, beasties, and a plot that puts you in the role of a soldier who travels through time to stop an evil force from destroying humanity. You’ve also got a content warning for gunfire sounds, screams of pain, and large explosions.

The rating does come on the back of other leaks and teases, though. An eagle-eyed Quake fan has noticed that the beta branch of Quake 1 of Steam has been updated, and Gematsu reports that the Game Rating and Administration Committee of Korea has rated Quake Remastered. Also, QuakeCon 2021’s schedule initially mentioned a “revitalized edition” of Quake that Machine Games is providing “additional content” for.