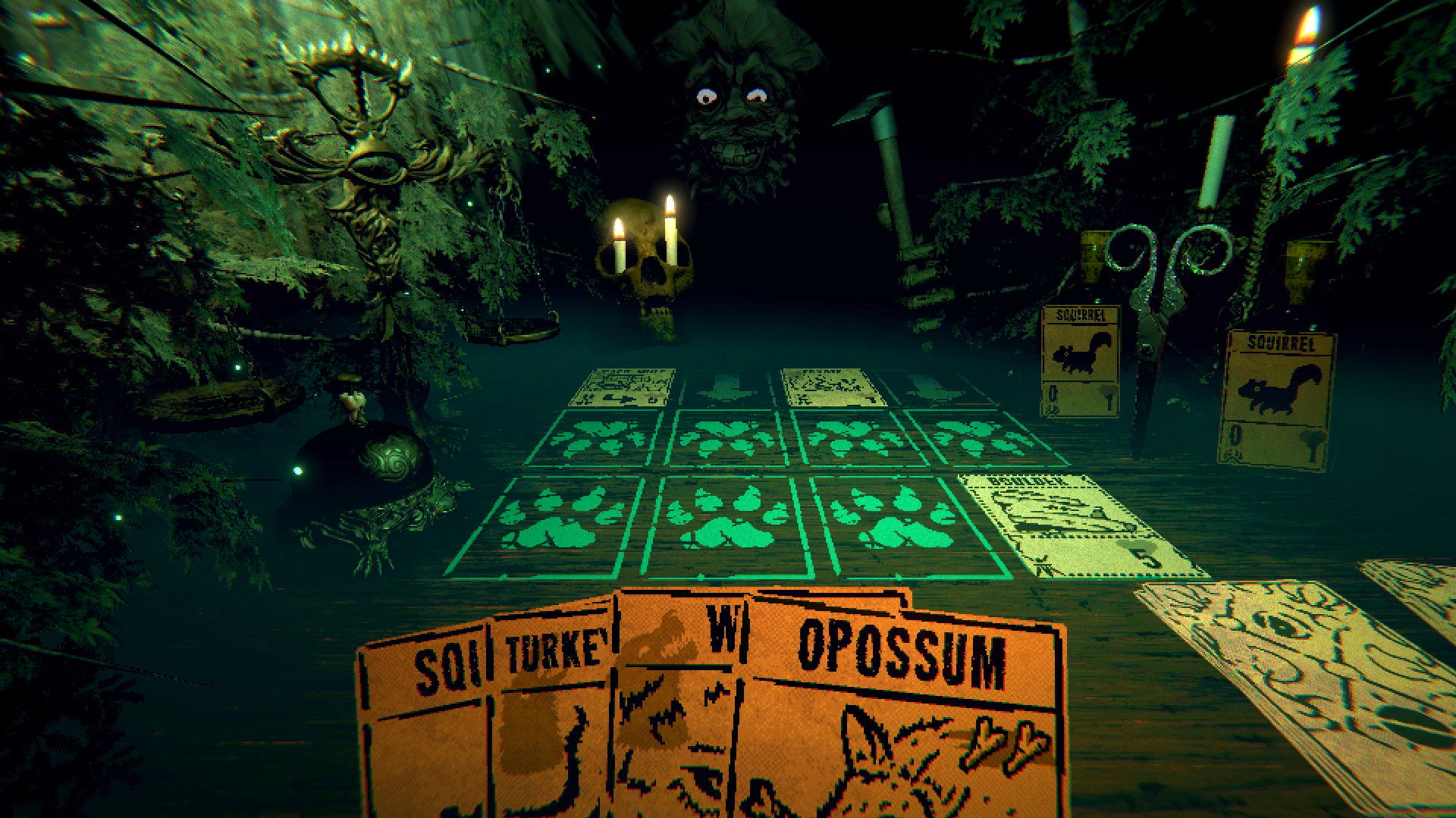 One of the most fascinating things we saw at the Devolver Digital not-E3 showcase June 12 was Inscryption, which at first appears to be a semi-roguelike card game in the vein of Hand of Fate. But it turns out that it’s in development by the folks who made Pony Island, which means there’s definitely more to Inscryption than meets the eye.

That’s clear from the trailer, too. There’s a card game going on here, sure, but it’s happening within a larger game world. You’re trapped in some kind of haunted cabin, it seems, and winning the card-driven adventure on the table is only one part of making it out alive. On the Steam page, which is up now, developer Daniel Mullins Games explains that you’ll acquire more cards for your deck “by draft, surgery, and self mutilation.” Suddenly, this turned into a full on horror game.

You’ll also be solving puzzles inside the cabin, since you’re also in an escape room. And if Pony Island is anything to go by, things are only going to get weirder as you make progress – in that game, the very fabric of reality starts breaking down as you gradually realise that this was not the game you initially thought it was.