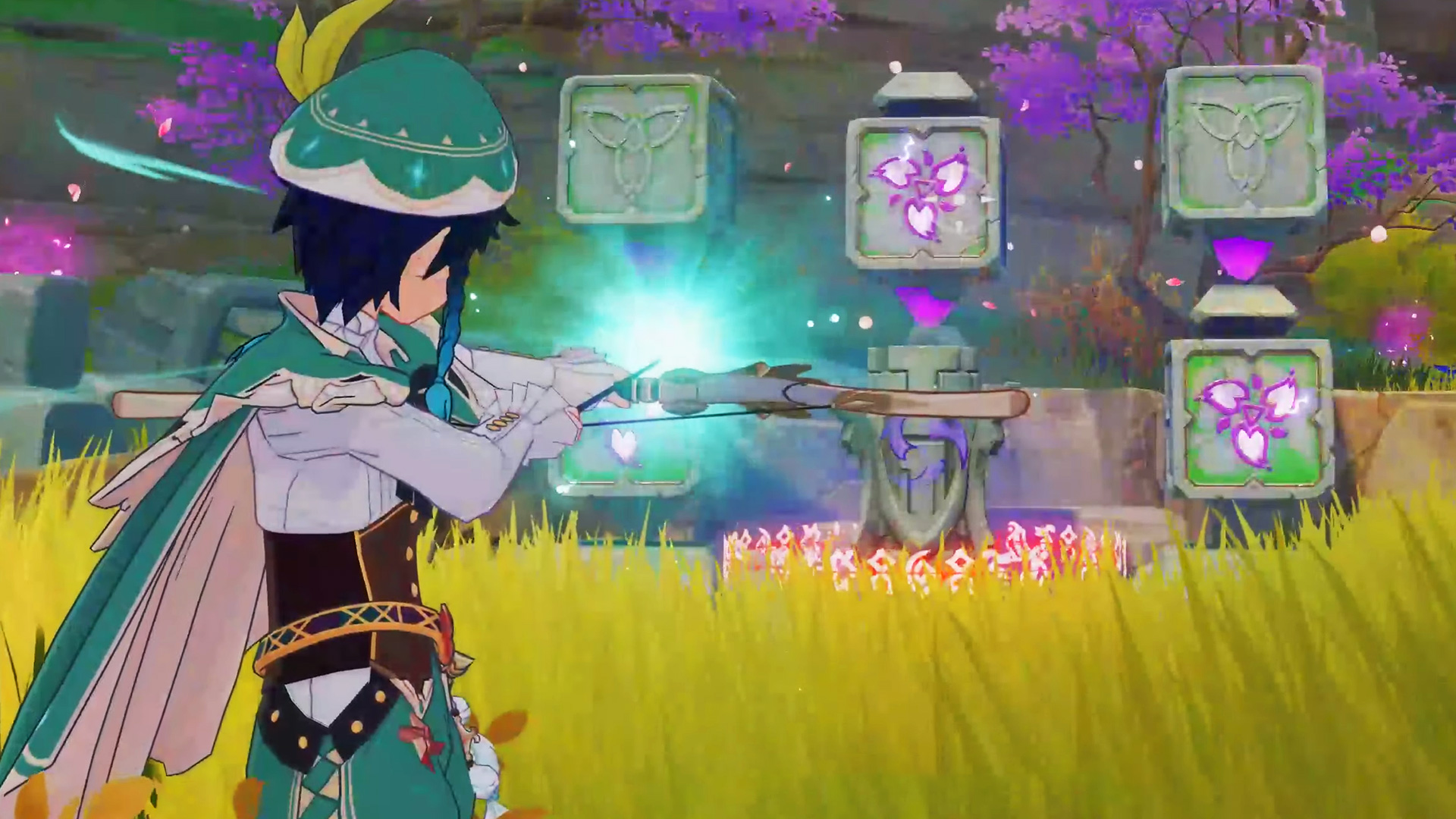 Want to know how to solve the Araumi puzzles in Genshin Impact? The Genshin Impact community has been stumped by the Sacrificial Offering quest in Inazuma which takes players on a journey through the region. After completing ‘A Strange Story in Konda’, you should unlock the Mementos Lens. Without this item, you can’t access the Araumi ruins where the puzzles are located.

The Genshin Impact 2.0 update has introduced Inazuma, the Japanese-inspired region that is ruled by Baal, the Electro Archon. The main quest line focuses on the Raiden Shogun and Kujou Sara’s Vision Hunt as they hunt down anyone who has received the power of the Gods. The new Genshin Impact characters such as Yoimiya, Sayu, and Ayaka are not only playable characters, they’re also pivotal in helping to dethrone Baal as Inazuma’s leader.

Make sure you have an Electro character in your party as you need one to be able to complete the Araumi puzzles. This is a great opportunity to try out the Electro Traveler which can be accessed for free by interacting with the Statue of the Seven on Inazuma. If this quest was bugged for you at launch, it’s worth trying again as there was a hotfix that specifically addressed this puzzle.