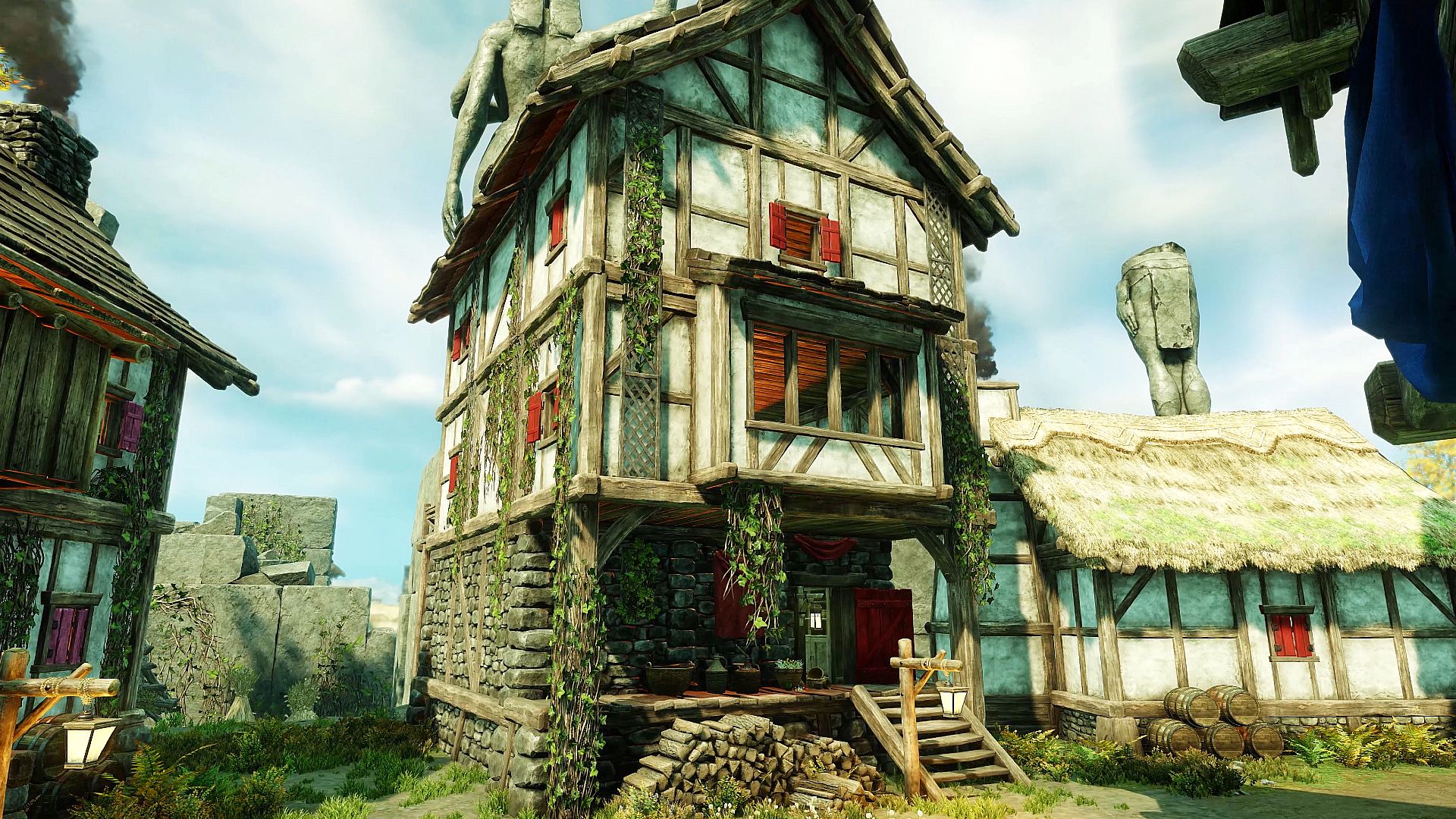 Like many of the biggest and best MMORPGs around, Amazon Games’ upcoming fantasy MMO, New World, will feature player housing – little corners of the world of Aeternum to call your own. Early last year, the studio gave us a rundown of how New World’s take on housing will work in a blog post, but exactly how expansive this part of the game will be has remained a mystery until now.

As long as you’ve hit a certain level and racked up enough standing in its respective settlement, you’ll be able to bag a variety of houses across the world. To accrue enough standing you’ll need to help out the locals, often through killing beasties, completing town projects, and crafting items. Gold alone won’t do it – you’ll have to earn the right to settle down in New World.

Houses vary in style and size, and you can own more than one up to a certain limit, but the common theme is that they’ll offer a bunch of useful features, and you can pack them full of stuff – I don’t know about you, but I love stuff.