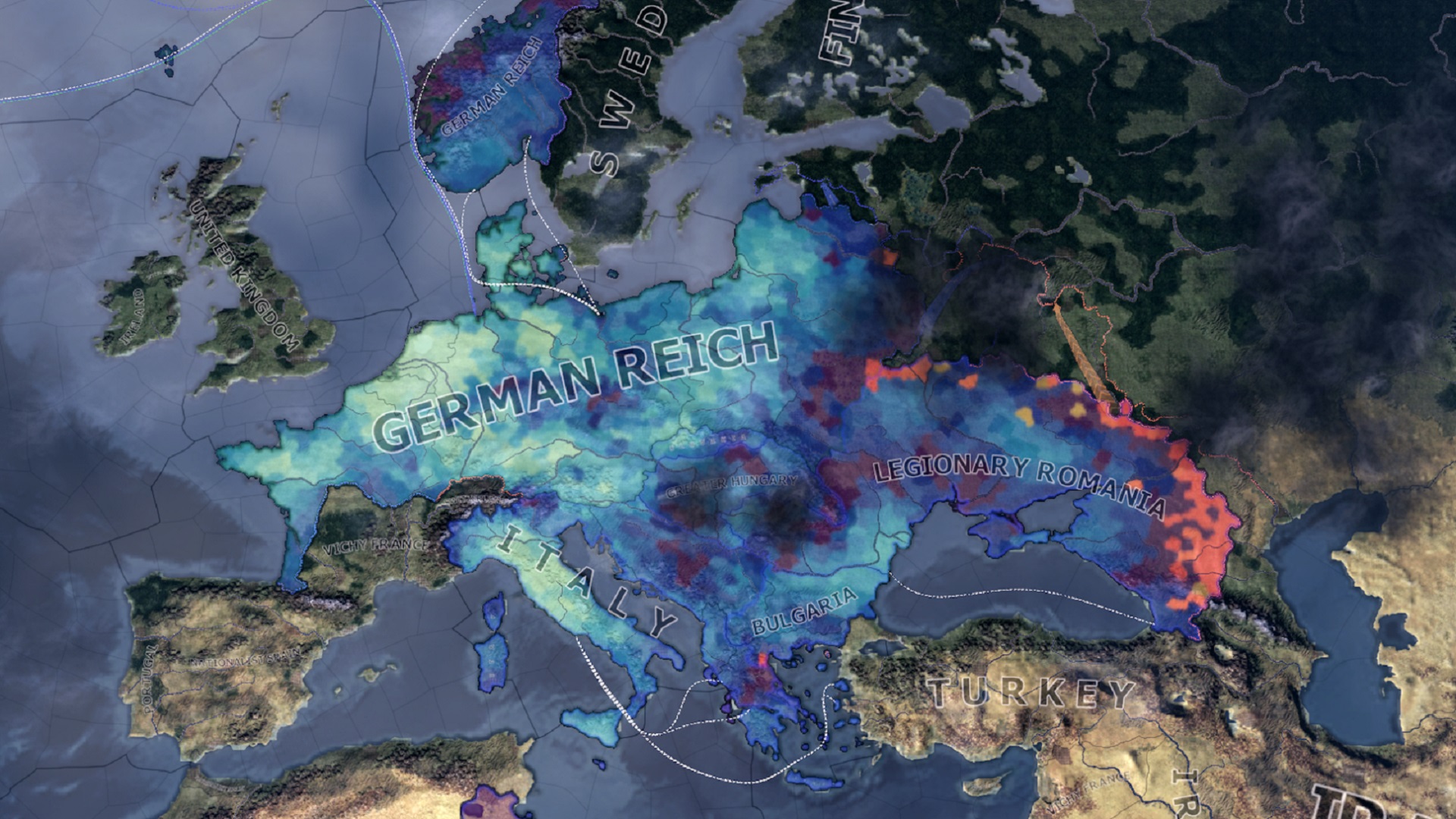 Like most of Paradox Interactive’s employees, the Hearts of Iron IV team are about to disappear for the Swedish summer break, returning in the far, far future of August. Before they go, however, the team has one final dev diary to share on supply (again).

Since supply was last brought up, a few assumptions have changed. The upcoming No Step Back expansion and accompanying ‘Barbarossa’ update will focus on land warfare, and a big part of that will be overhauling the game’s supply interface and systems. Managing spikes and supply hubs was proving difficult under past iterations, and the previous version of the supply map mode wasn’t providing the clarity that was needed.

Now, there’s a new supply map, and several tweaks have been made to the supply mechanics, such as divisions being allowed to draw supply from multiple hubs. Trucks are also less critical, although are still used to help a supply hub ‘project’ supply further afield. You can also set levels for how much motorised support you want to use for supplying armies, either on the supply hub or on the individual army. These will use up trucks from your supply, so you’ll need to make sure you keep your equipment topped up.