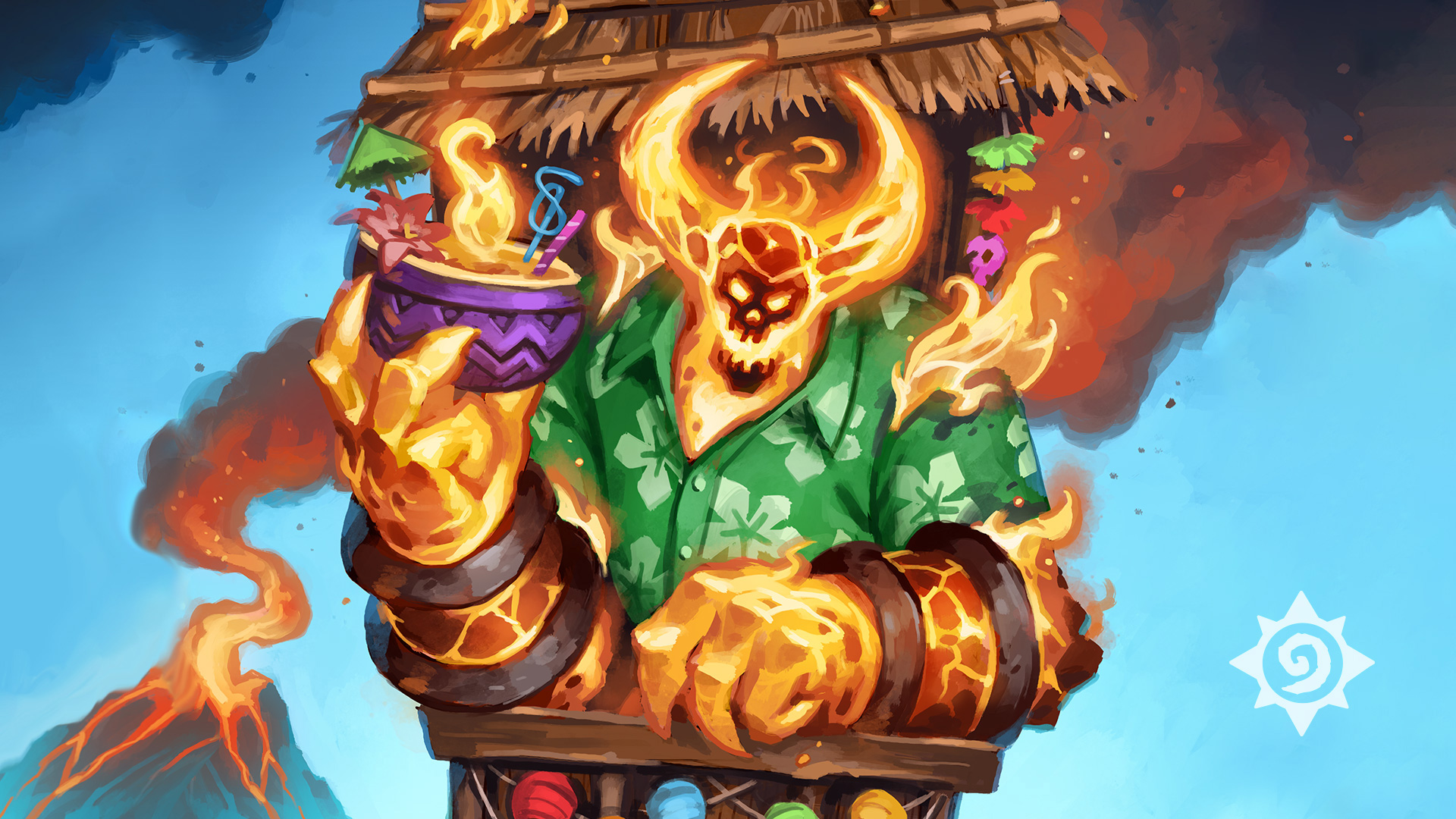 Hearthstone’s Battlegrounds game mode is getting its first set of cosmetic options this summer, and appropriately, it includes new portraits of the card game’s legendary heroes having some fun in the sun. There’s another bundle on the way, too – a tie-in with World of Warcraft’s Shadowlands expansion, which reimagines eight heroes as members of Shadowlands’ various covenants.

Apart from being based on World of Warcraft characters, there haven’t been many major tie-ins between Hearthstone and what’s happening in Blizzard’s MMORPG. Associate game designer Cora Geogiou tells us that Shadowlands was simply too good a thematic opportunity to pass up.

“We’ve got some phenomenal characters and I don’t think we should have to wait until we do a Shadowlands set to be able to bring some of that Shadowlands flavour in, so that’s where the Battlegrounds cosmetics are a really wonderful opportunity,” she tells us. Hearthstone, she says, generally has been content to do its own thing, but the Shadowlands heroes bundle for Battlegrounds will include Finley of the Kyrian and Ysera of the Night Fae, among others.