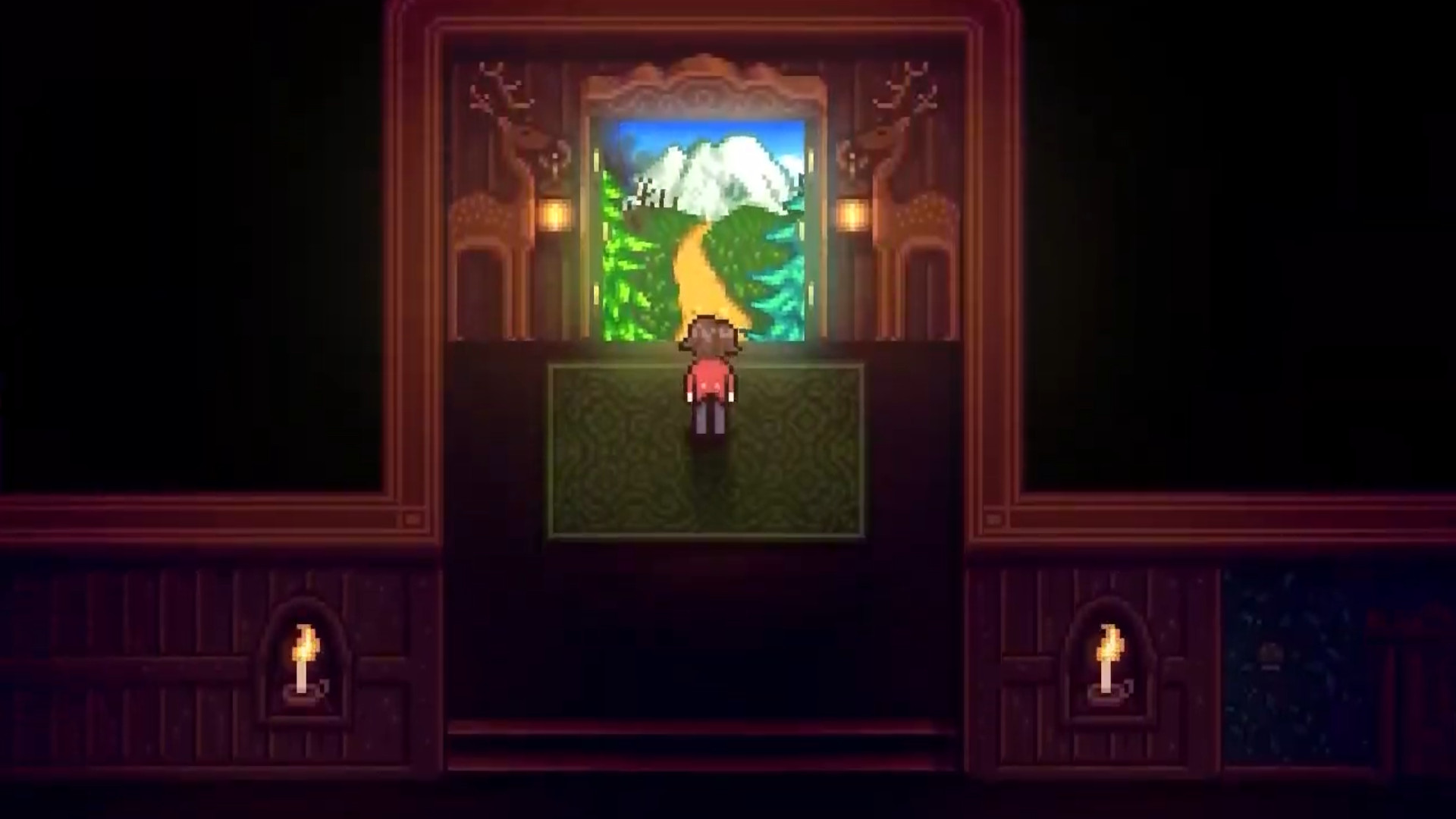 Stardew Valley creator Eric ‘ConcernedApe’ Barone has announced his next game. Haunted Chocolatier is in development, but don’t expect to be playing it any time soon. The debut teaser trailer looks like it will scratch a whole lot of Stardew Valley itches, but instead of farming, you’ll be gathering ingredients to make chocolate. Maybe even haunted ghost chocolate.

It looks very much like Stardew Valley, but it appears to have a much greater focus on Zelda-style combat and overworld exploration. We see the lead character exploring a fantasy world through a mysterious portal, then apparently returning to a haunted castle to interact with characters and, er, make chocolate.

Haunted Chocolatier is “evolving organically as I develop it, so I’m not sure where it will go,” Barone explains in a blog post. “But at its core, the gameplay loop involves gathering ingredients, making chocolate, and running a chocolate shop. Of course, there’s a lot more to the game than that, but I don’t want to get too deep into at this early stage, partly because I don’t want to be tied down to any particular concept of what the game is.”