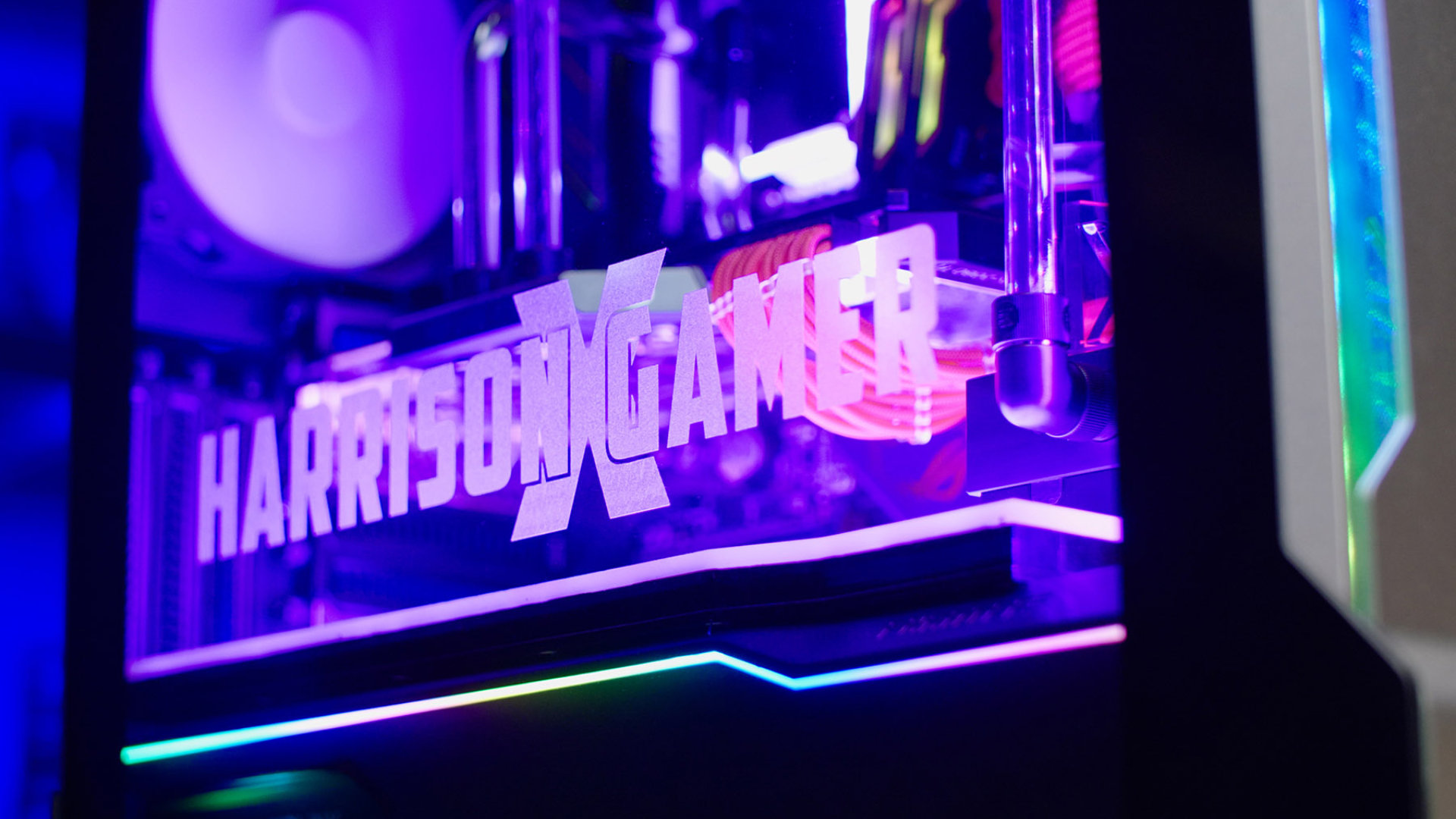 Henry Cavill has pretty much become the poster boy for PC gaming, but he’s not the only actor interested in the comforts of a custom rig. Harrison and his father Warwick Davis, known for their appearances in Star Wars and Harry Potter, recently visited Overclockers UK in search of the best gaming PC, learning how to make a watercooled system in the process.

OCUK tells us that the father and son duo were initially interested in an 8Pack system, but were quickly convinced that there are better, more affordable options unless you’re trying to break world records. Instead, Harrison walked away with a modified Infin8 Nebula gaming PC, customised to include plenty of RGB lighting and his YouTube logo for HarrisonXGamer etched on the side of the tempered glass panel.

Since Harrison has the same rare form of dwarfism as his father, considerations were made to make things a little easier. The Infin8 Nebula was fitted with a remote control to improve accessibility, and noblechairs made some adjustments to its gaming chairs, such as lowering the frame that would otherwise be too high, doing away with the swivel function, and giving them a more personal touch with their logos on the back. Better yet, most of these customisations are par for the course with OCUK and not some kind of special treatment.