The delay of Halo Infinite might have been painful last year, but from the multiplayer showing at E3, it’ll have been worth the extra wait – regardless of how the campaign shakes out.

As always after the madness of E3, I’ve taken some time over the last few days to reflect on what I saw this E3 – and the more I think about the show, the more I’m left absolutely desperate to get my hands on one particular game – the Halo Infinite multiplayer.

I, like many, was a Halo multiplayer obsessive in the 2000s. I remember hooking my Xbox up to some experimental LAN-to-Internet program in order to play the original multiplayer online. Then the first official online with Halo 2. For me Halo 3 was the zenith, hours whittled away in Lone Wolf and Big Team Battle in particular.

But then… I just sort of fell out of love with it. Reach was a great game, but I didn’t stick to the multiplayer nearly as hard. Then Halo 4’s online battles drifted too far from the series’ best, the shadow of Call of Duty looming large. Halo 5 was better, a step in the right direction – but Infinite looks like it might be the natural conclusion of that journey – a return to the greatness of Halo 3.

Pretty much everything shown in the Halo Infinite multiplayer showcases at E3 signals to me that 343 as a developer has remembered what makes Halo great – but the studio also seems at last fully confident enough to evolve the formula, too. 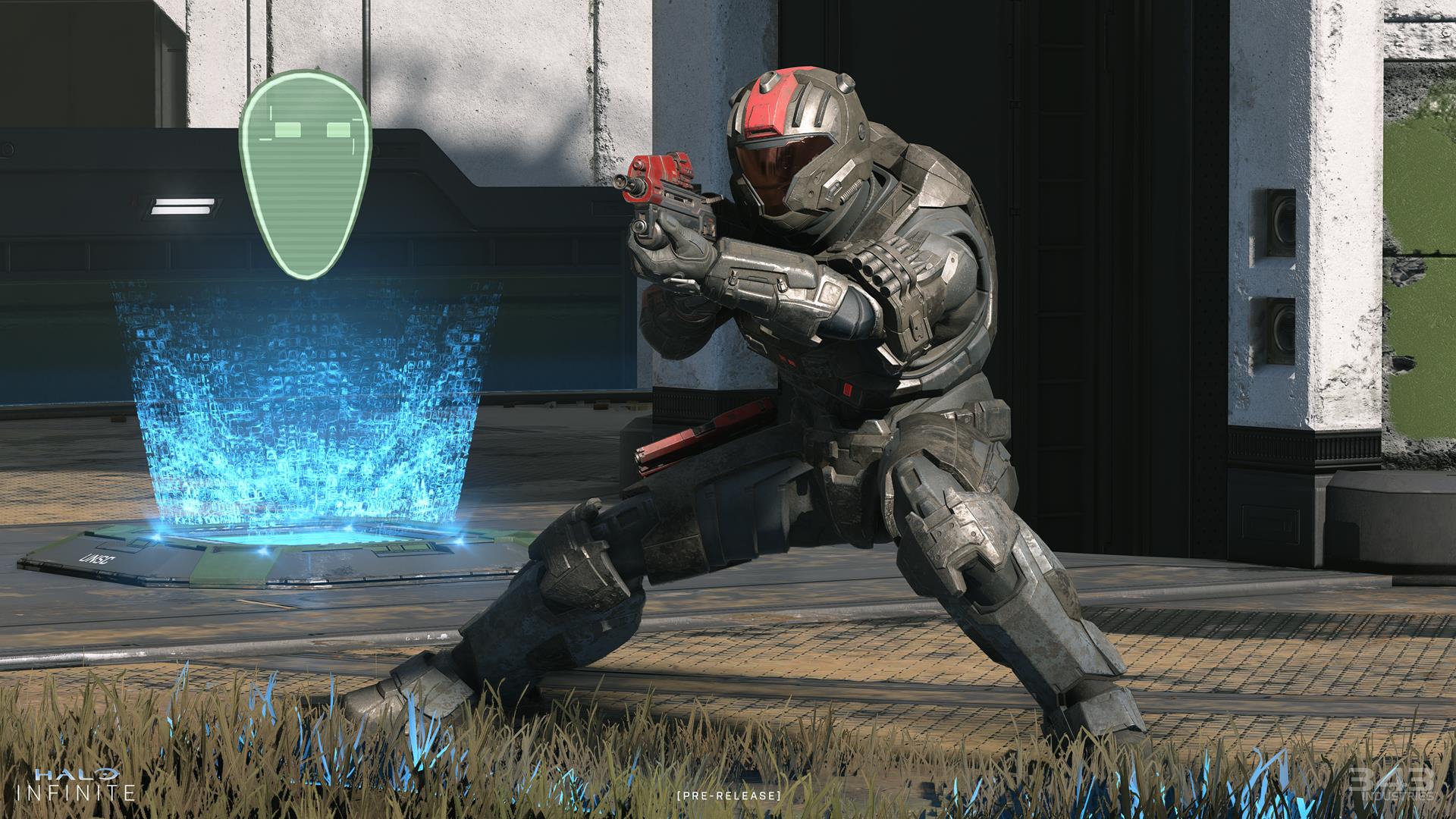 Mostly, it comes in little ways, with myriad demonstrations seen in both the main multiplayer trailer and the deep-dive developer diary style video that features several more gameplay clips. At its heart Halo is an arena shooter, but it’s also about the sandbox, something the weapons, vehicles and environments of the series are far more suited to than many of its peers. In the trailer we see this dialled up to eleven, with both new interactions and existing tent poles made even more significant in Infinite.

Adjustments such as making power-ups like overshields something you pick up and then trigger have a natural and significant impact on the moment-to-moment play. Vehicles now have more to them – so a Warthog could have a wheel blown off and handle differently as a result, while still remaining driveable.

And the customization – I dunno, it feels like customization done right? Naturally, Halo as a series better suits customization than many shooters. I always struggle in games like Battlefield where characters look outlandish – but if you want to be a bright pink Spartan with a samurai-inspired helmet, it still somehow fits. There’s naturally a line where it could go too far, but what’s been shown up to now toes the line in a delicate, smart way – and I’m pleased about that.

The new AI feature is neat, too. The idea of choosing a custom AI with a voice and attitude that suits your play style is clever, and feeds into the Halo mood of always having an announcer gleefully revelling in all the destruction and chaos.

If you haven’t watched both of the videos that 343 put out showcasing the multiplayer, you really should – the thrilling press conference trailer was just a taste of what appears to be on offer. Like I said, there’s a feeling of that Halo 3 energy here – that same energy that genuinely nearly ruined my first year of university because I just couldn’t stop playing Halo 3 online. It was that potent then, and I felt a tingle at the sight of these trailers I can only compare to walking past a pub 25 days into dry January. After some time in the wilderness, this feels like a confident, bold Halo ready to return, and ready to once again be the best in its class.

Regardless of the quality of the campaign now, which seems ambitious but also equally risky, I think the multiplayer is onto something truly special. Perhaps all those years fixing, tweaking and updating The Master Chief Collection helped 343 to really zero in on what made Halo so beloved – because everything about that trailer just lit up feelings in me I haven’t felt since Bungie was stewarding the series.

Shooters have changed and grown since the heady days of Halo 3, and it’s not like Halo is going to unseat Fortnite, or replace Battlefield. In its specific niche of frenetic arena shooting with a wild sandbox, however, it can stand to be something unique, exciting, and unforgettable. I’m so glad to see 343 return to that style of multiplayer, and with such confidence.

The post Halo Infinite multiplayer looks like everything I want – I couldn’t be more excited appeared first on VG247.