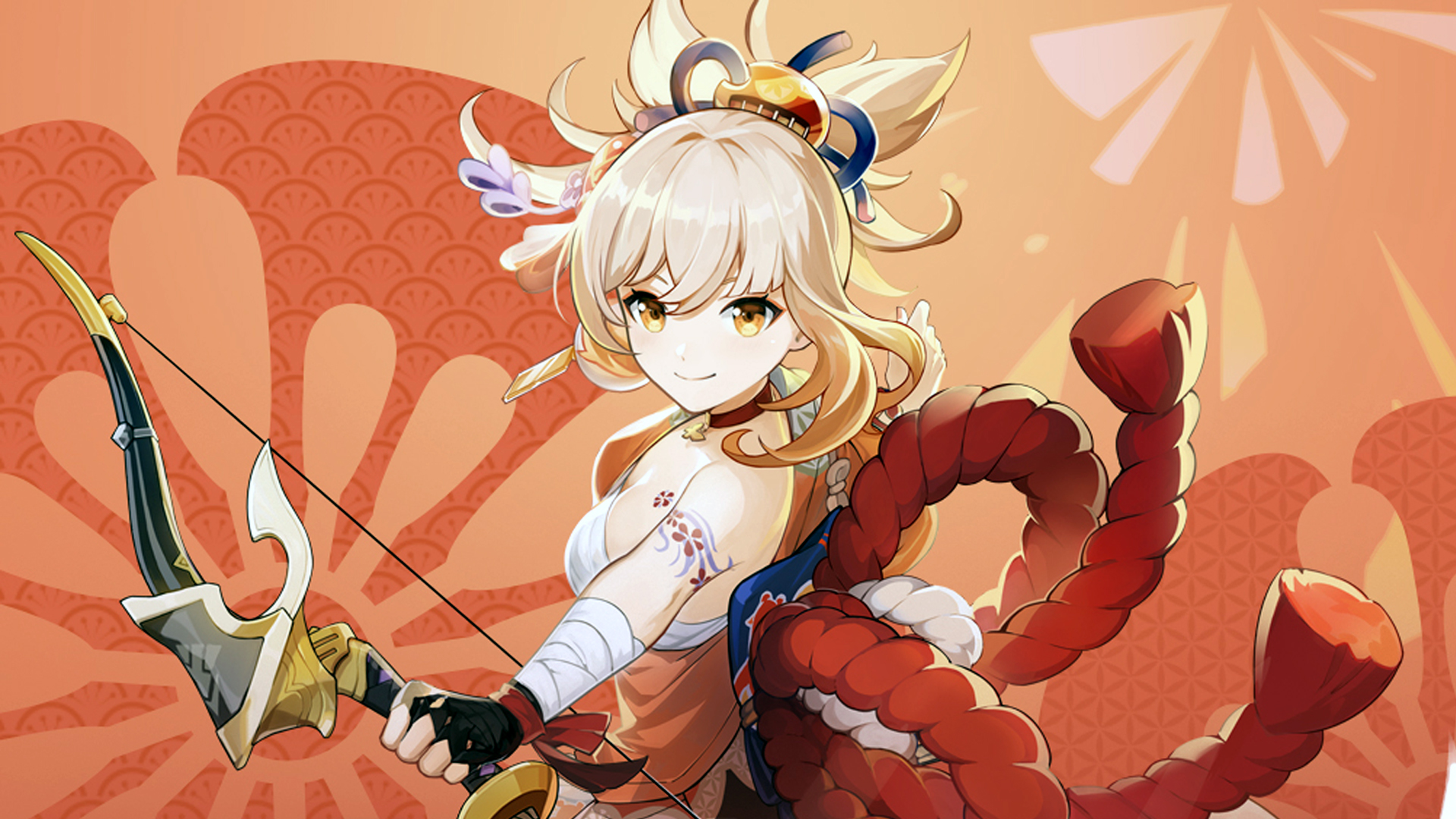 The release time for the Genshin Impact Yoimiya banner has been revealed by developer Mihoyo to go with the new Pyro character’s release date of this Tuesday, August 10, as well as further details on the Tapestry of Golden Flames event.

The Genshin Impact Yoimiya banner release time is 18:00 server time, which works out as to 3 PM PST / 6 PM EST North American time, and 5 PM BST for UK and European players. The event starts on August 10 and will last until August 31 at 14:59 server time / 11:59 AM PST / 14:59 EST / 13:59 BST, so that’s around three weeks to get the new five-star character ‘Frolicking Flames’ Yoimiya – and they won’t be available in the standard Wanderlust Invocation.

We already know all about Yoimiya’s abilities, and you can even check out a brief character teaser that Mihoyo released in the run-up to this event. The banner also includes “huge” drop-rate boosts for four-star characters Sayu (Anemo), Diona (Cryo), and Xinyan (Pyro). All of these characters, including Yoimiya, can be tried out with fixed line-ups in the new Character Trial Event.