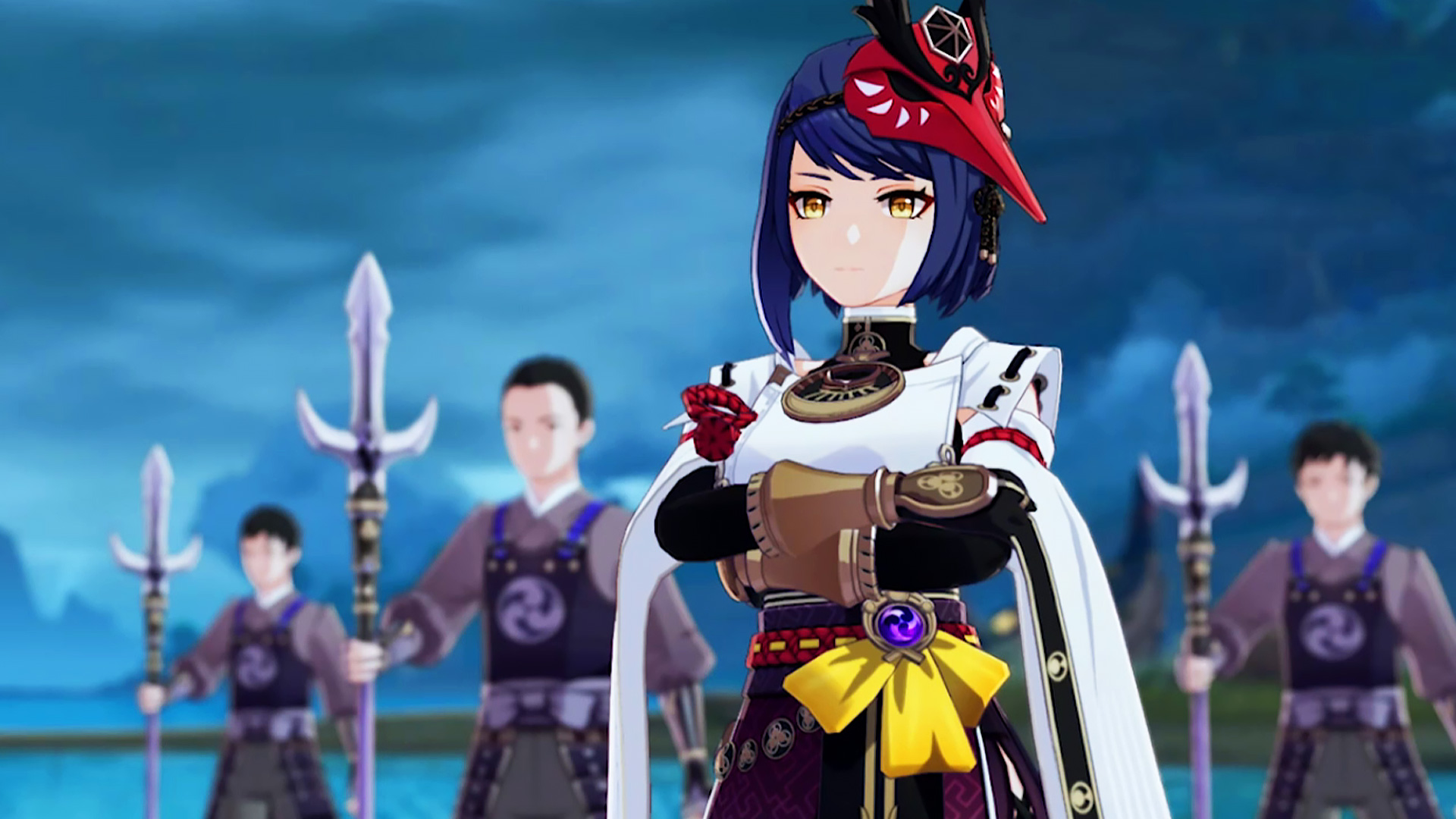 Want to know more about Sara in Genshin Impact? The Genshin Impact 2.0 livestream gave the community exactly what they’ve been asking for: the Inazuma region. The next update is going to introduce several Genshin Impact new characters, including Ayaka, Yoimiya, and Sayu. This is by far the biggest update yet, featuring new events, gardening, and a host of weapons and artifacts.

Kujou Sara, alongside other NPCs like Baal and Yae Miko, was announced as part of the 2.0 reveal stream. Baal and Sara first appeared in Kazuha’s story trailer – his friend challenged the Vision Hunters to a duel and was swiftly defeated by Sara. The Vision Hunters are on a quest to return the Visions that give the people of Teyvat their special powers.

Inazuma is going to become the go-to destination in Genshin Impact when it comes to new content. The story focuses on the Raiden Shogun as she attempts to fulfill her dream of achieving divine eternity. Expect to see more from Kujou Sara as the developers promise she’ll be a prominent character in the next update.