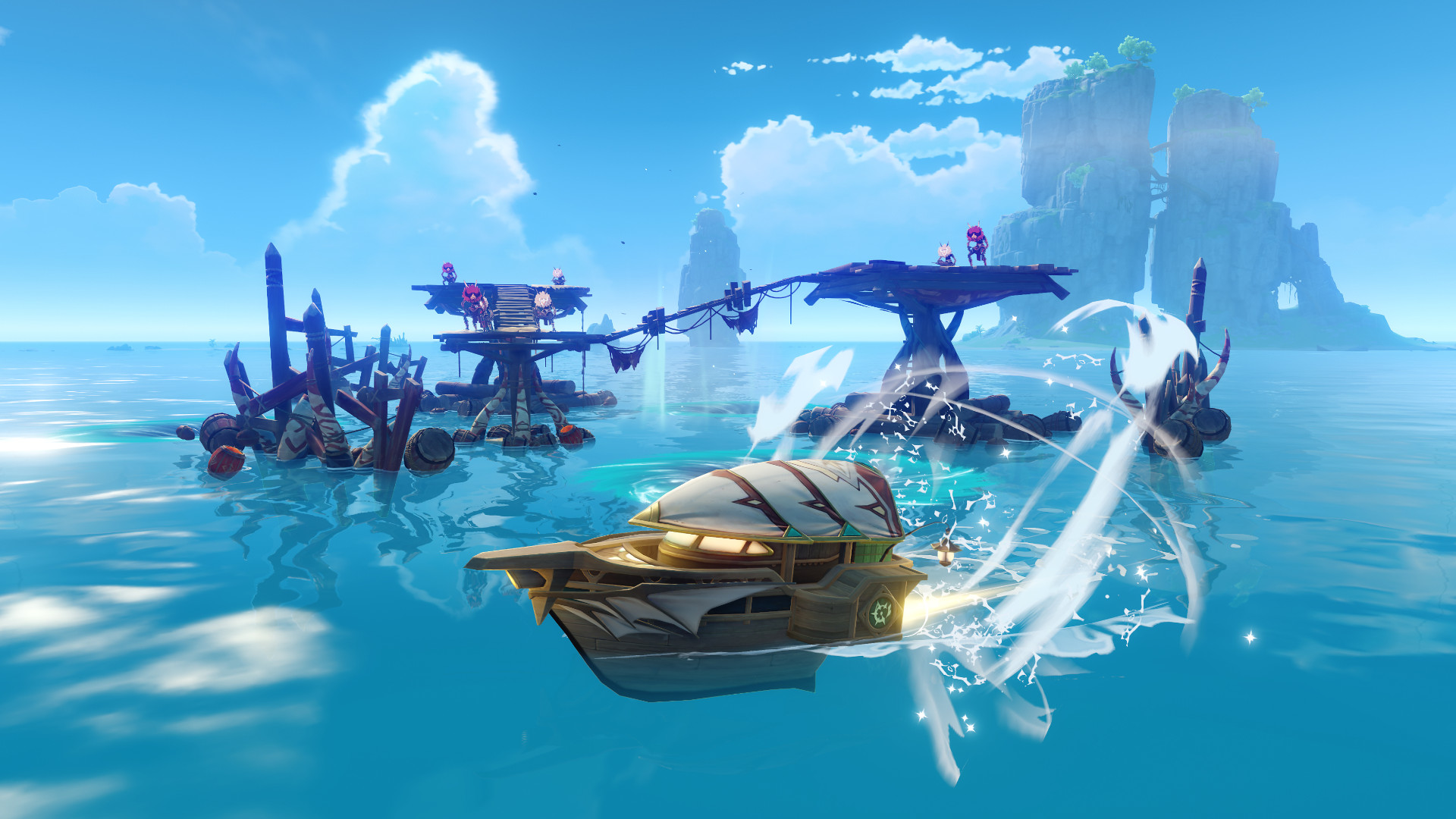 While Genshin Impact has certainly proven itself to be more than the brazen Breath of the Wild clone it appeared as before launch, it’s still one of few PC games scratching that Zelda itch. Now there’s another Zelda title for we game journalists to ham-fistedly cram into Genshin Impact headlines: it’s got boats, so it’s basically Wind Waker.

The new story in Genshin Impact 1.6 takes you to Midsummer Island chain – which is not just an excuse to sell swimsuit costumes at extraordinary real-money prices. The seasonal event will put us on a boat called the Wavesplitter, shooting at monsters on floating platforms and collecting Wavesplitter Insignias on obstacle courses for new rewards.

You’ll be able to summon the Waverider at various points throughout the ocean map, and you’ll be able to sail around in co-op, too. The island chain you’ll be exploring will have plenty of hidden treasures to uncover. The official press release describes this as a “time-limited sea area”, so it looks like you’ll only be able to go boating for a brief time.