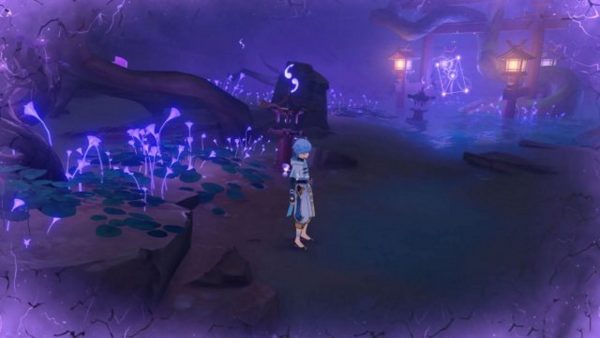 Finding and solving the Genshin Impact Araumi puzzle is key to unlocking the new Empty Boat of a Thousand Gates Domain in Inazuma.

It’s a long process, though one with plenty of rewards. Among other things, you’ll finish one of the Sacred Sakura Cleansing puzzles in the process and even unlock a Perpetual Mechanical Array waypoint.

The first step is actually getting into the underground area, and we recommend having the Memento Lens first. Head to the Araumi region and toward the spot shown in the image below. You’ll find an Electroculus nearby, so you’ll know it’s the right path if you see it. 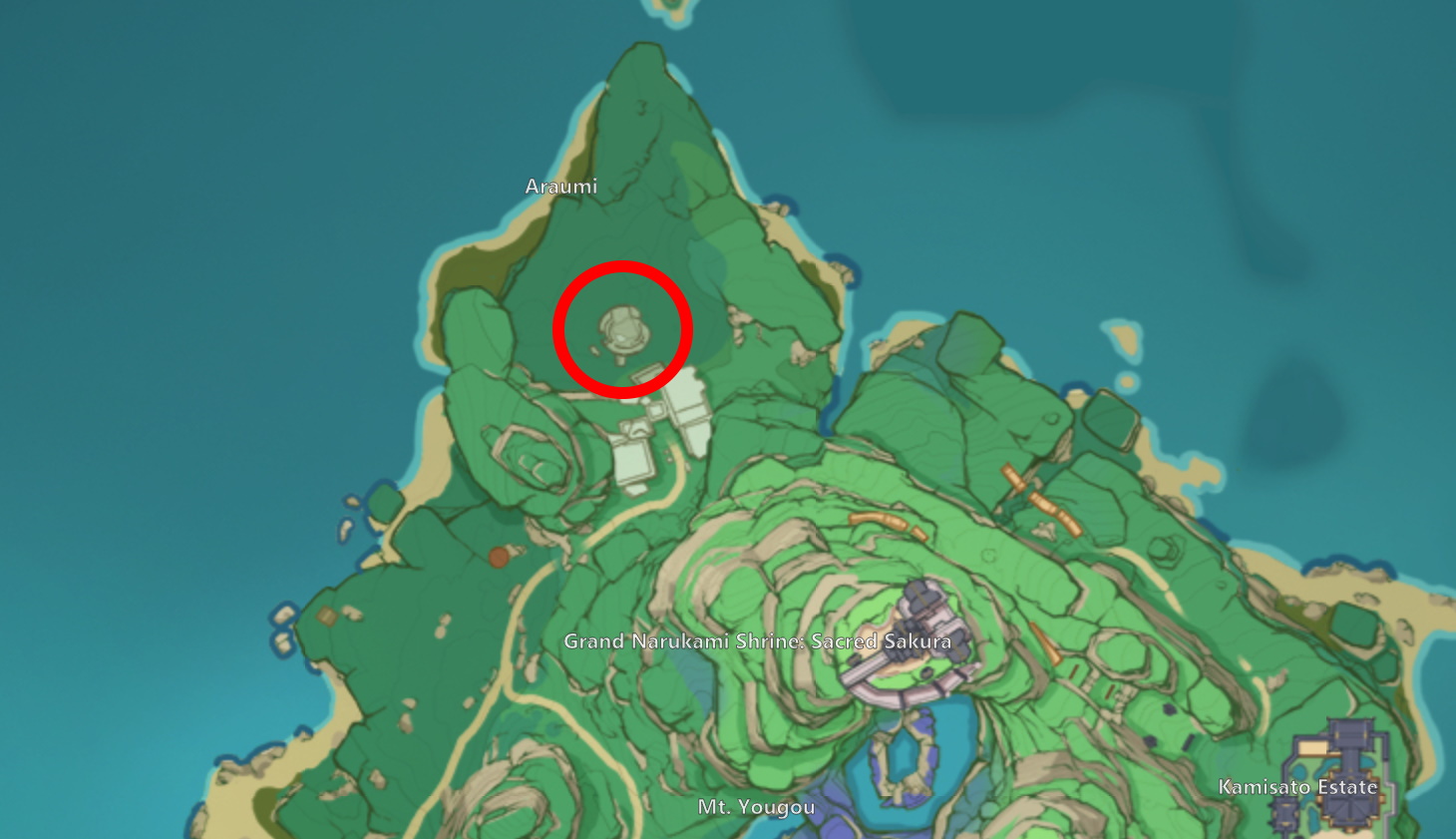 Activate the four Electro devices to remove the seal, and drop down into Araumi Underground.

Use the Memento Lens to reveal three switches hidden in the kitsune statues.

Once in the main chamber, use the Memento Lens again to uncover a Thunder Sakura Bow. Grab the Electrogranum so you can pass through the barrier and enter the side chamber with a larger kitsune statue. Use Electro to grab the ward needed for the next step.

The next step is another Sacred Sakura Cleansing. Use the Memento Lens once more to uncover two more lanterns behind the shrine for a total of five. 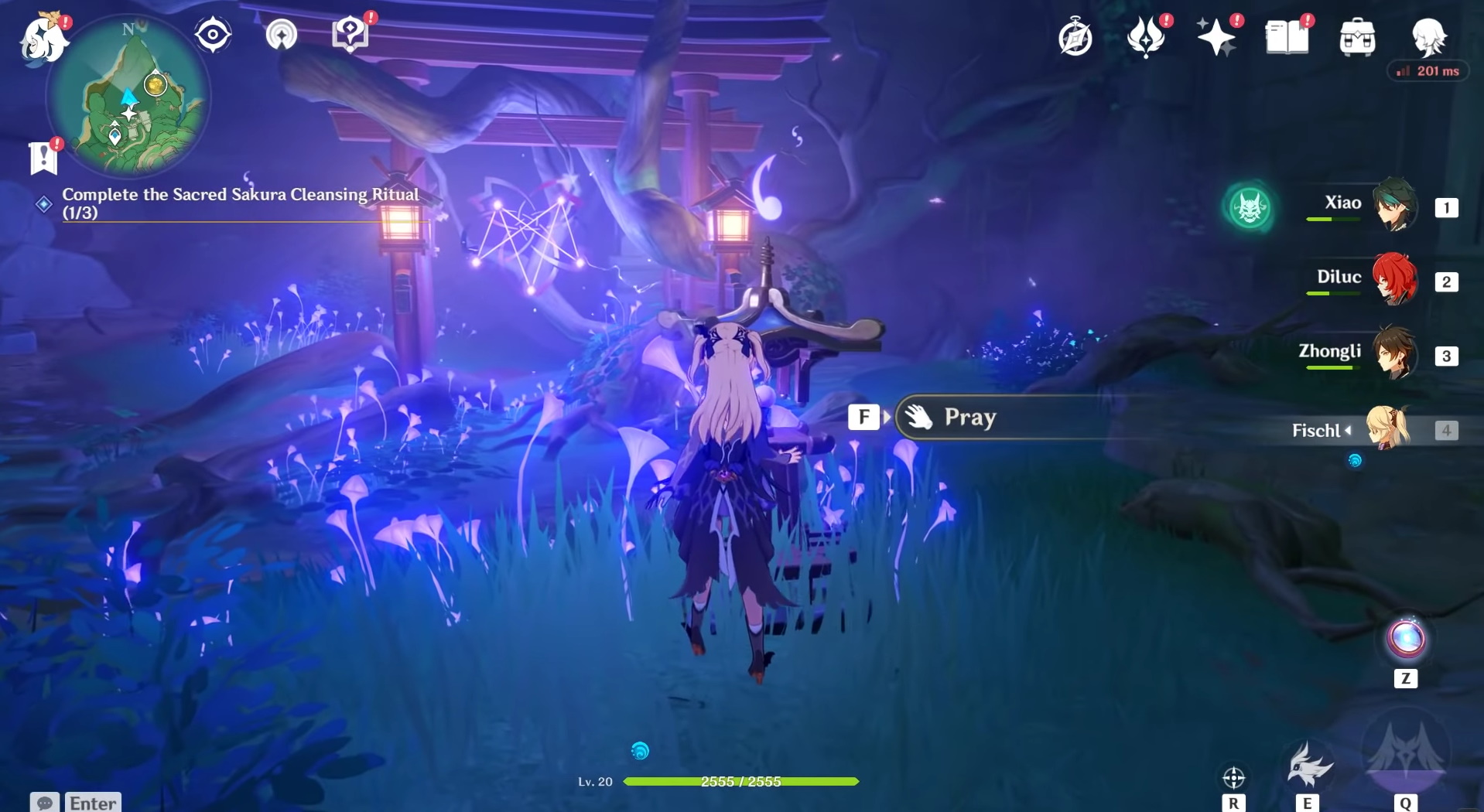 A Nobushi mob will spawn once you pray to cleanse the shrine, so be prepared for that.

As you progress, you’ll encounter another Electro block puzzle that controls the water level. All you need to do here is shoot the blocks until the sides facing you are blank. New areas open once the water drains, but for now, focus on moving ahead. You can grab other treasures later. 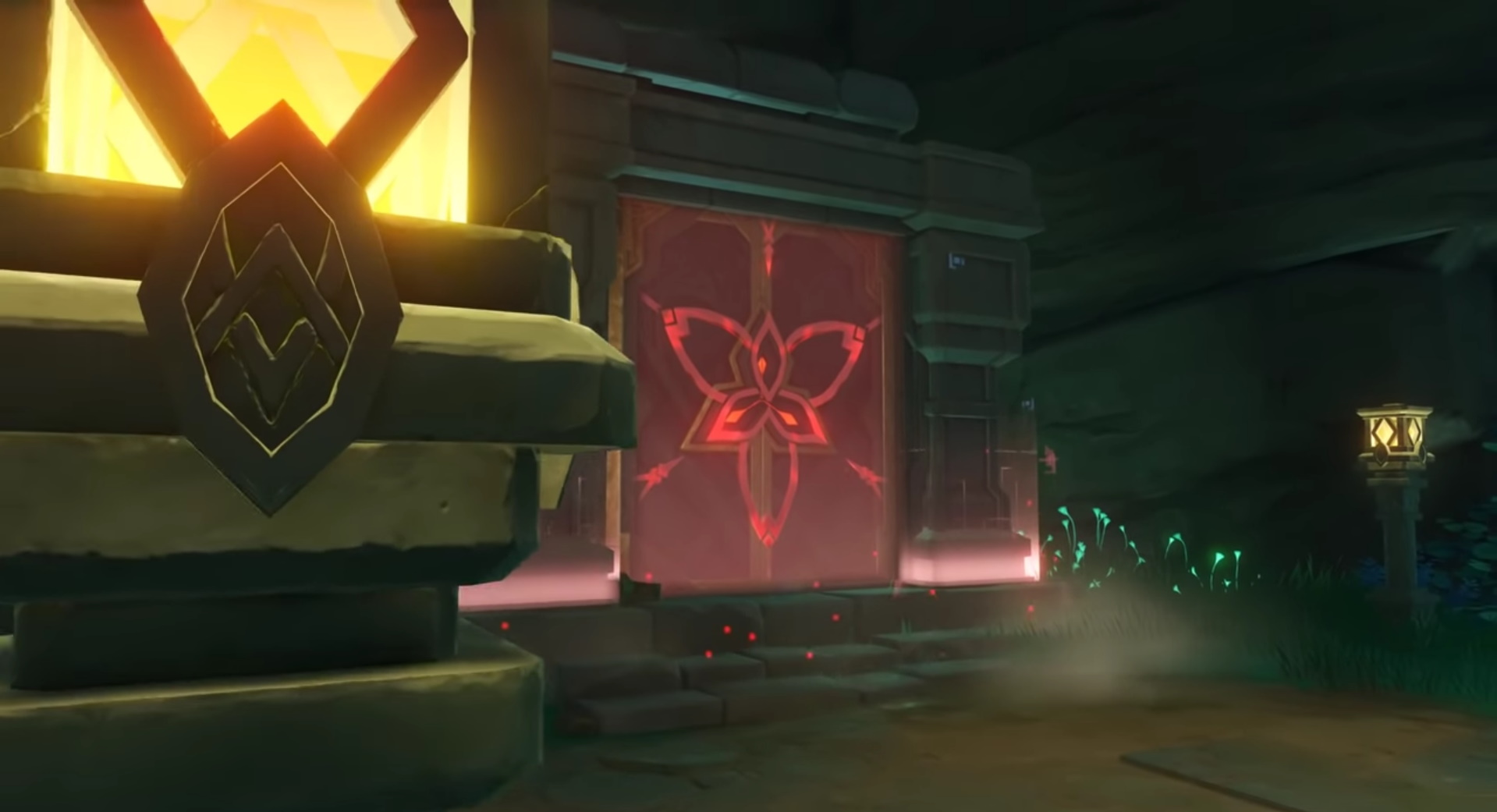 Keep pressing on until you reach a room with a shipwreck in it. There’s an Old Stone Slate in the wreckage, but the main attraction is the new waypoint marker. Activate it before moving on.

Use Thunder Spheres to move across the chasm over the Perpetual Mechanical Array, and activate the switch there. This begins a simple floor tile puzzle where you just need to walk around the perimeter first to activate the tiles without jumping or touching the same tile twice.

Completing this activates a second puzzle, which is only a bigger version of the same thing. Walk around the perimeter first and work your way in.

Finally, once this is all done, you’ll unlock the Empty Boat of a Thousand Gates Domain and can fast travel back to that point at any time in the future.

If you’re looking to finish Genshin Impact’s other new quests and Sacred Sakura Cleansings, make sure to solve the mystery of Konda Well.

Or you can take a break from quests with the new Thunder Sojourn event, or even just wander Inazuma and gather items to upgrade Kamisato Ayaka, Yoimiya, and Sayu.

The post Genshin Impact Araumi puzzle | How to unlock Empty Boat of a Thousand Gates appeared first on VG247.