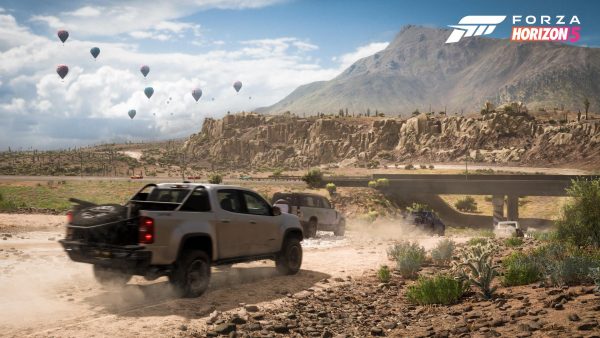 Forza’s YouTube channel recently dedicated an episode of their Let’s ¡Go! show to the audio innovations of Forza Horizon 5, and that included how the developers are using ray tracing to enhance the player’s immersion in the driving experience.

Creative director Mike Brown and lead audio designer Fraser Strachan discussed at length how the principles of ray tracing were being implemented with audio design in the forthcoming Forza Horizon 5, discussing how the game is constantly detecting objects in the world and using that feedback to deliver audio that sounds like it’s really bouncing off of every object at the appropriate distance and crispness.

The difference in types of environments matters for audio ray tracing, too, as urban settings will bounce sound in a more pronounced way, whereas foliage will result in a more muffled sound bouncing back. And it should be noted that visual ray tracing will only be coming to Forzavista, the long-running car viewer that has appeared in the Forza series since Forza Motorsport 5.

It seems that the Forza franchise is set to have a busy year, as Forza 8 now has registration open for the closed beta test. Meanwhile, Forza Horizon 5 will have 60fps modes on the Xbox Series X/S consoles, ensuring that they’ll look the best that they can on Microsoft’s consoles.

Forza Horizon 5 is out November 9 on PC, Xbox One, and Xbox Series X/S.

The post Forza Horizon 5 will use ray tracing for audio appeared first on VG247.