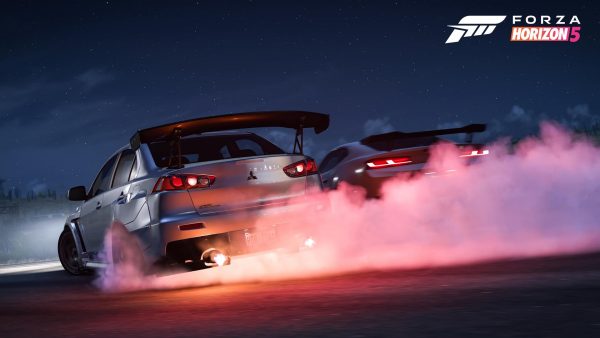 Forza Horizon 5‘s E3 2021 reveal brought us a first look at gameplay. In particular, the game’s weather system was much more pronounced, with 3D particles, god rays, and a varied range of effects new to the series.

But the reveal didn’t touch on one, somewhat controversial aspect of Forza Horizon 4. That being seasonal weather. In the 2018 game, Playground was able to dictate the weather for all players server-side. The game automatically rotated through the four seasons every month, but that also meant that certain activities become unavailable/harder under certain conditions.

As impressive as it was, many felt having a set season every week was too limiting and a little artificial. While Playground didn’t say if this weekly structure will return in Forza Horizon 5, the developer outlined how it’s approaching seasons in the upcoming game.

Speaking to IGN, creative director Mike Brown explained that Mexico’s map will have different weather conditions across its different regions, and they all can exist under the same season.

“If it’s raining in Edinburgh, it’s raining everywhere else in the world as well,” Brown said about the UK weather in Forza Horizon 4.

“Mexico, being a country that has huge elevation changes and obviously quite a large country, has different seasonality in different regions, which we’ve tried to recreate as accurately as possible,” he added.

What this means in practice is that the same season could cause snowfall at the top of the volcano and surrounding mountains, while at the same time create a heatwave down on the coast.

“You get dust storms in the dry season, you get tropical storms in storm season, which is autumn. So there’s these big, massive weather events that can occur as well based on which season you’re in. Both of those are just really dynamic; they have a really great impact on the driving experience.”

Elsewhere in the interview, Brown touched on free roam, which he said was the community’s favourite activity in the late-game, once they’ve exhausted a lot of the authored content. This lead the team to find new ways to make driving out in the open world more rewarding and interesting.

“We needed [Forza Horizon 5] to be a diverse game. We also want it to be a game that really rewards exploration,” Brown revealed.

“So it’s now a world where there is just that much more to find. There’s a challenge system that rewards you as you explore, and there’s different things to find… but also there’s a campaign that really reinforces that as well, so as you’re exploring, you’ll be progressing your campaign as well.”

The post Forza Horizon 5 brings back seasonal weather changes, but with one key tweak appeared first on VG247.