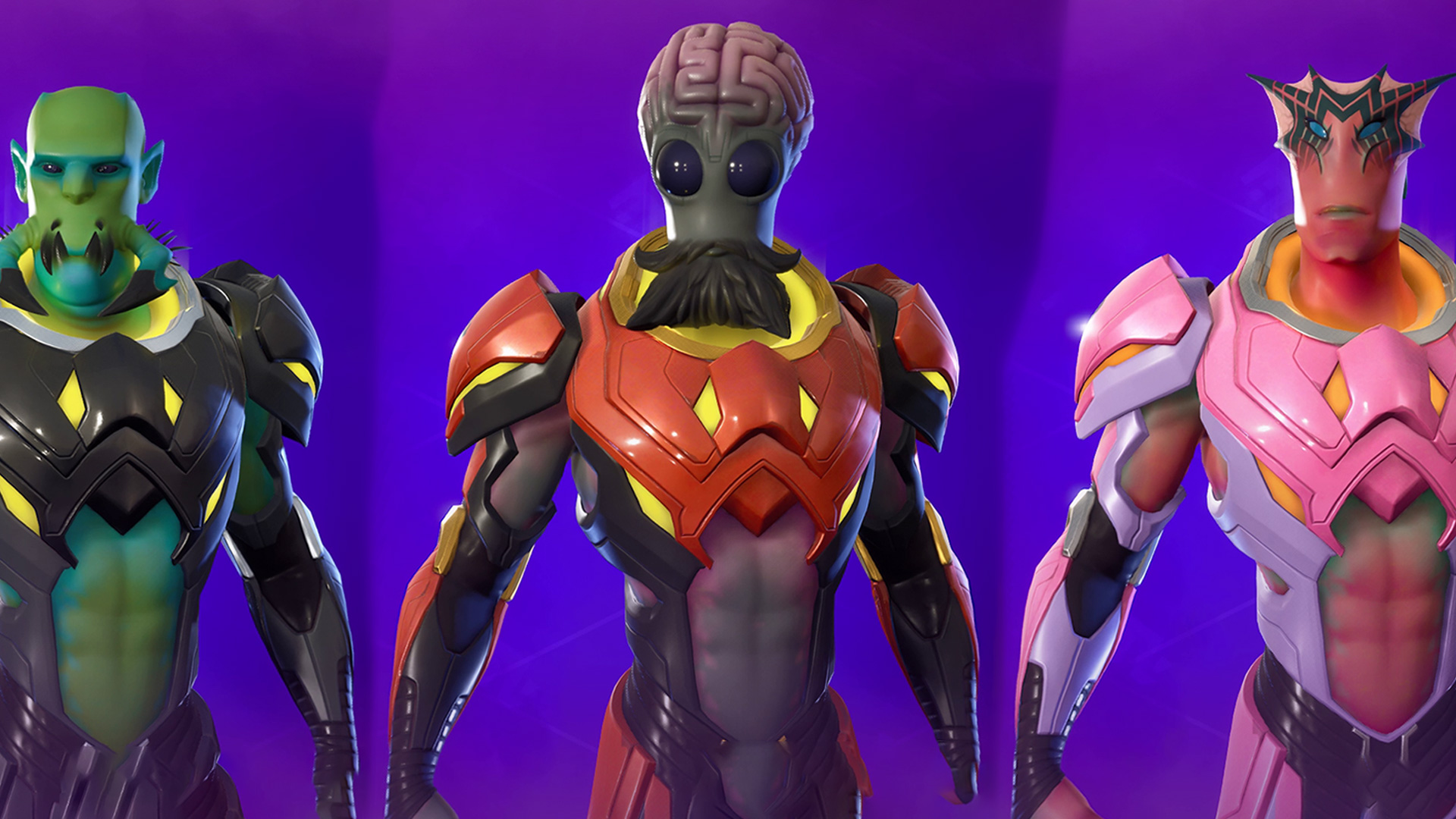 Have you had a look at all of the Kymera styles in Fortnite? Aliens have landed in Fortnite Chapter 2 Season 7, introducing the Kymera race of extraterrestrials to the battle royale game. These invaders aren’t messing around – they’ve brought a host of new Fortnite alien weapons like the Kymera Ray Gun to help them take over the island.

Purchasing the battle pass immediately unlocks the base Kymera outfit. Using the new Fortnite alien artifacts, you can purchase new styles to create your own Kymera that looks unlike anyone else’s alien. Unfortunately, alien artifacts aren’t the easiest thing to collect, so you won’t have every style available to you right at the beginning of the season.

We recommend spending your alien artifacts carefully – you may want to choose styles which are more visually distinctive, rather than something relatively insignificant. The customisations that have the biggest impact on your Kymera are skin colour, armour, and head styles; eye colour, however, is a minor change that you may want to leave until later in the season. Here’s everything you need to know about the Kymera styles in Fortnite.