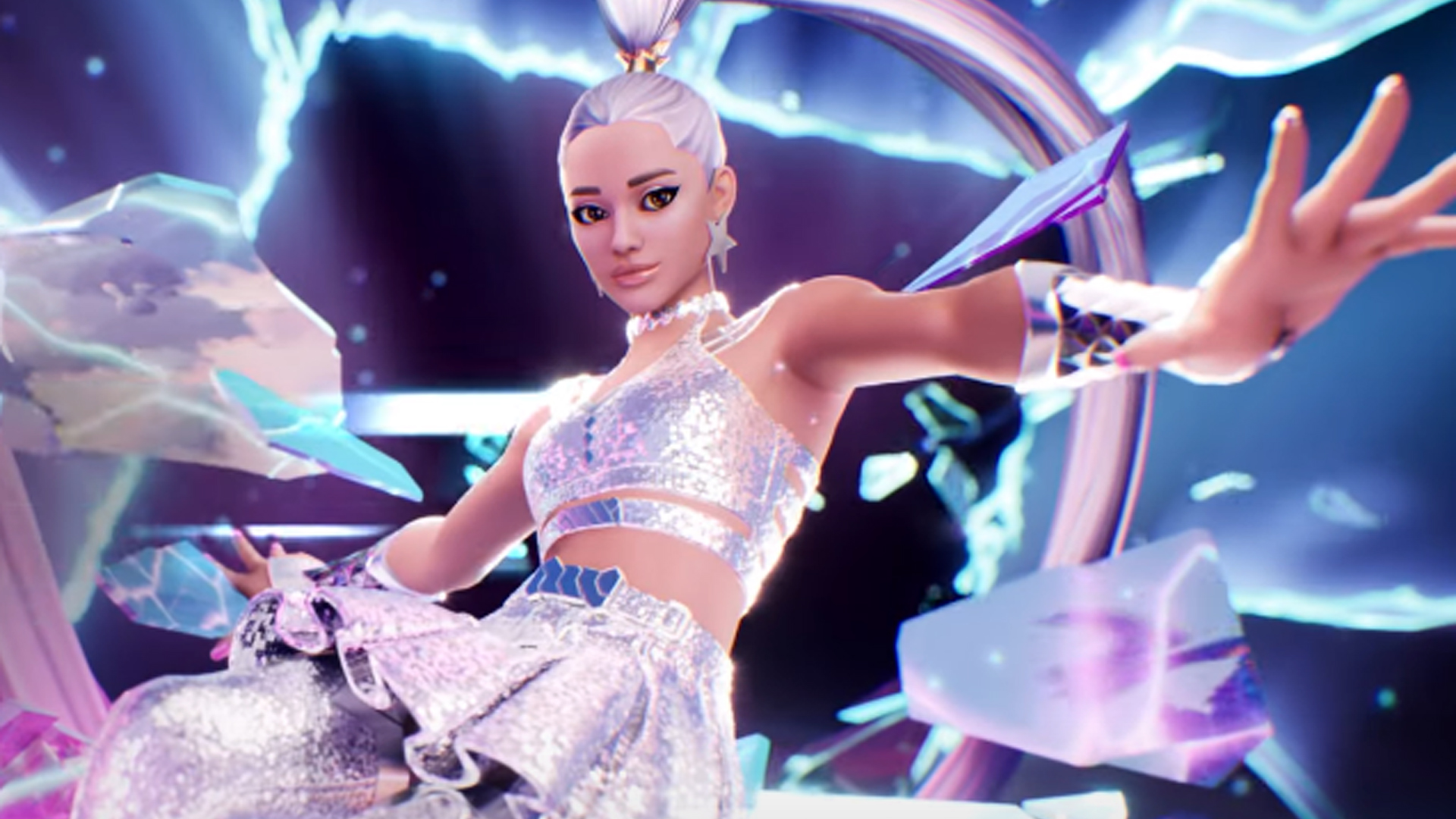 Ariana Grande is hosting a concert within Fortnite – and it starts this week on Friday, August 6. The Fortnite Rift Tour is headlined by the singer and will span five showtimes across August 6-8 – and will bring with it a new outfit and a dancing pig backpack to the item shop.

While Ariana Grande and her concerts don’t appear until Friday, the Rift Tour itself has technically already started – as the first wave of Rift Tour Quests have kicked off throughout Fortnite. These will run until the end of the concert on August 8 and can be found by clicking on the new in-game Rift Tour tab. Rewards for completing these include a new loading screen, emoticon, and spray.

Aside from watching Ariana Grande perform, there are a number of rewards to be unlocked or bought. The aforementioned Ariana Grande outfit and rather distracting Piggy Smallz back bling arrive in the Item Shop on August 4, and everyone who attends the tour will get a free Cuddly Cloudcruiser umbrella. Fortnite Crew subscribers logged in between August 5-9 will receive a Rainbow Cloudcruiser umbrella and a new banner and loading screen.