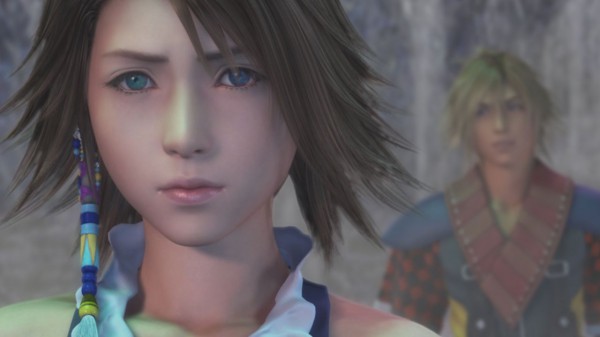 Square Enix has suggested that Final Fantasy 10-3, another game set in the Final Fantasy 10 universe following on from the events of both FF10 and FF10-2, could happen one day.

It looks like fans of Yuna, Tidus, the other Guardians, and – to a lesser extent – Shuyin and Lenne, may soon have their prayers answered as Square Enix has made comments about a potential Final Fantasy 10-3.

Longtime Square Enix developer and Final Fantasy 10 character designer Tetsuya Nomura has said that the chances of there being a new Final Fantasy 10 sequel is ‘not zero’ (thanks, RPGSite).

“If we are to make 10-3, we somehow have a synopsis written by Nojima-san,” said Nomura in an interview with Famitsu magazine, which was picked up by various Japanese blogs. “It’s sleeping right now, but the plot itself does exist.”

Following on from those comments, Motomu Toriyama – the designer and writer for Final Fantasy X – suggested the game may well end up getting made. Just not yet.

“The probability is not zero,” he explained, “But we are not in a phase where we can talk about it, unless we have finished producing FF7 Remake.”

So when’s that likely to happen? Probably not anytime soon. We know the follow-up to Final Fantasy 7 Remake is in production at Square Enix, and that the team wants to continue subverting fan expectations. We also know that the game will leverage the full power of the PS5.

Other than that… well, news is scant. If you want to kill time until we get to re-enter the world of Spira, you can always read Alex’s dive into the 17-year-old theory that Final Fantasy 7 is actually a sequel to Final Fantasy 10.