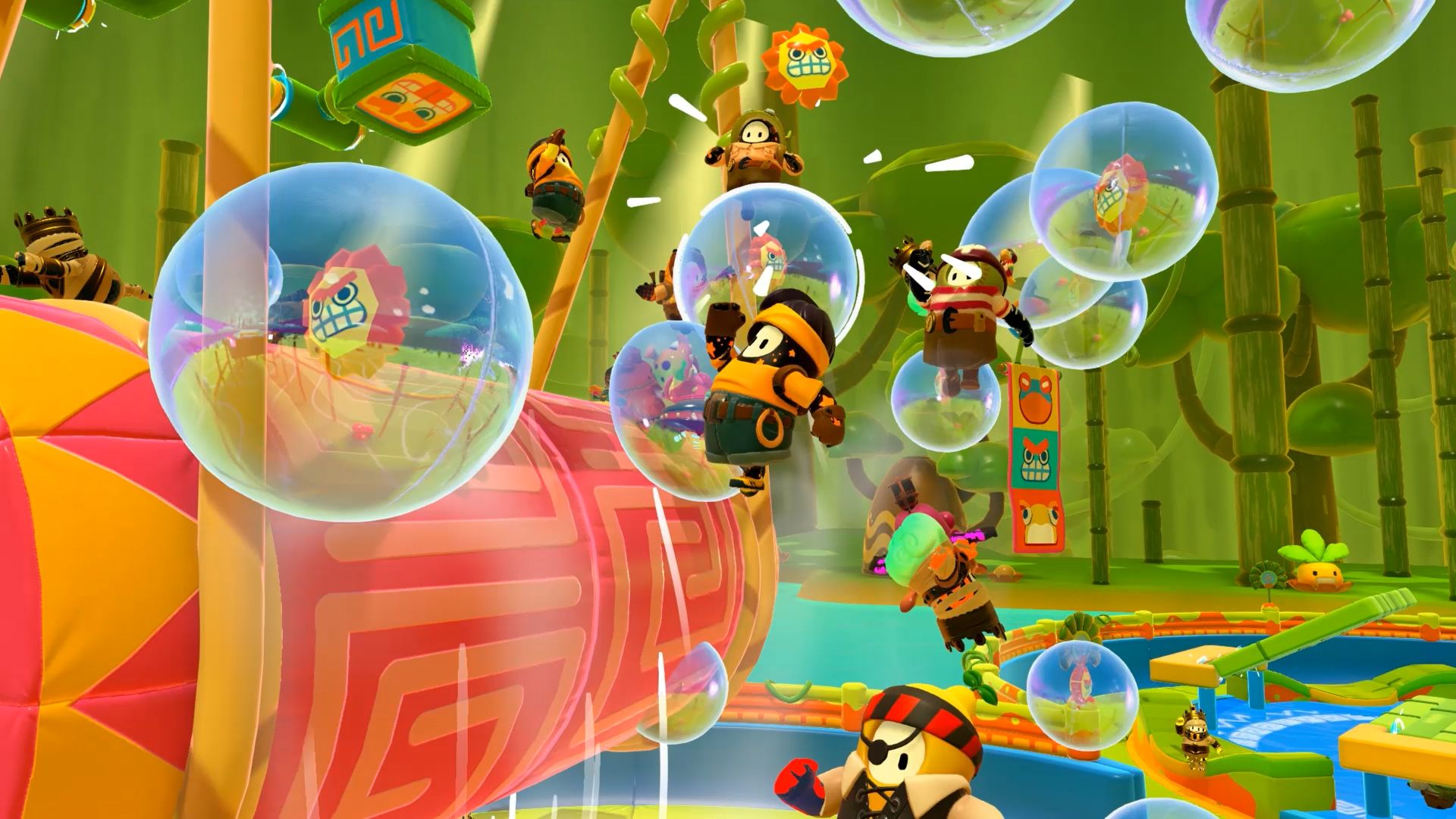 Fall Guys Season 5 is on the way and developer Mediatonic has just given us a hearty peep at what’s to come in a live reveal stream. Themed around some suitably zany jungle adventures, the battle royale game’s new season will bring a bunch of new content featuring “giant swinging logs, a mysterious Lost Temple, and… mechanical rhinos?!”

The headline for Season 5 is the six new rounds coming to the beany bonanza. First up, there’s Treetop Tumble – a round that will get players to battle those swinging logs and some expanding frogs down branching paths to get to the finish line, while Stompin’ Ground sees beans scramble to avoid three huge mechanical rhinos. Lost Temple is the third, which is the studio’s “most ambitious round to date”, according to Mediatonic in a press release, and “it’s a new final!” The round gets players to tackle a shapeshifting temple to chase down the crown.

Lily Leapers has beans bounce across drums to a rhythm, while Bubble Trouble is a “five-way arena bout” full of obstacles, and lastly Pegwin Pool Party is full of slides to zip down. You’ll get more points in this last one the longer you manage to hang on.