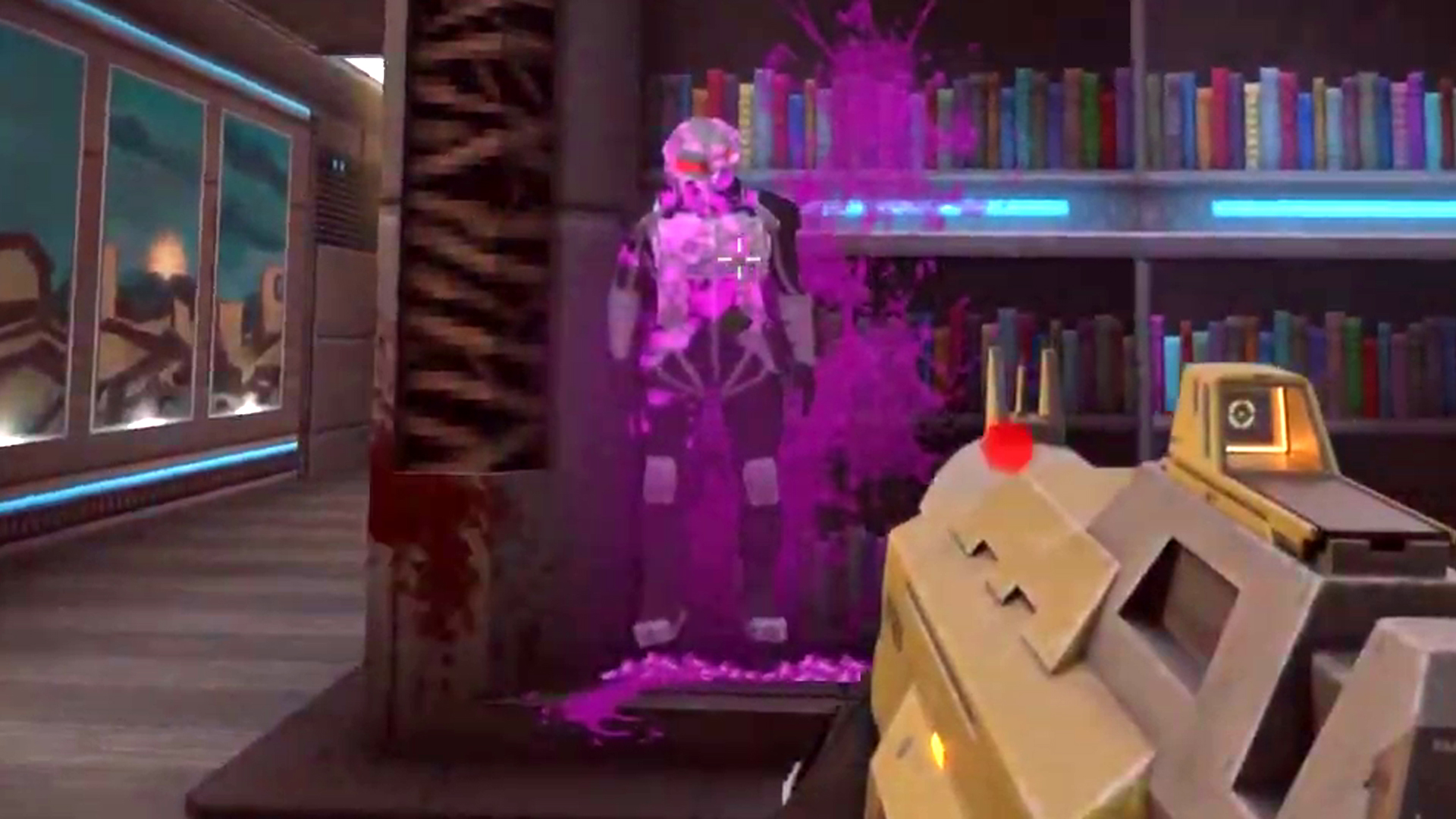 There are loads of great indie FPSs out there or on their way – from classics like Dusk to more recent releases like Vomitoreum – but Selaco is looking truly special. It’s somehow running on the Doom engine and is heavily influenced by Monolith’s classic F.E.A.R. – and it’s just added that game’s iconic nailgun. Oh, and a banana.

Selaco is an indie FPS that’s slowly been building attention from the community, and combines classical gameplay from titles like Doom and Quake along with its main inspiration, 2005’s F.E.A.R. – specifically in terms of action set-pieces, bullets that react properly to the world, setting, and awesome enemy A.I. No word yet on whether a terrifying long-haired ghost girl will feature, though.

The game is being built on the GZDoom engine, which you wouldn’t be able to tell if you weren’t aware just how creative fans can be with it. It looks shockingly good, in fact, which is well showcased in its latest videos.