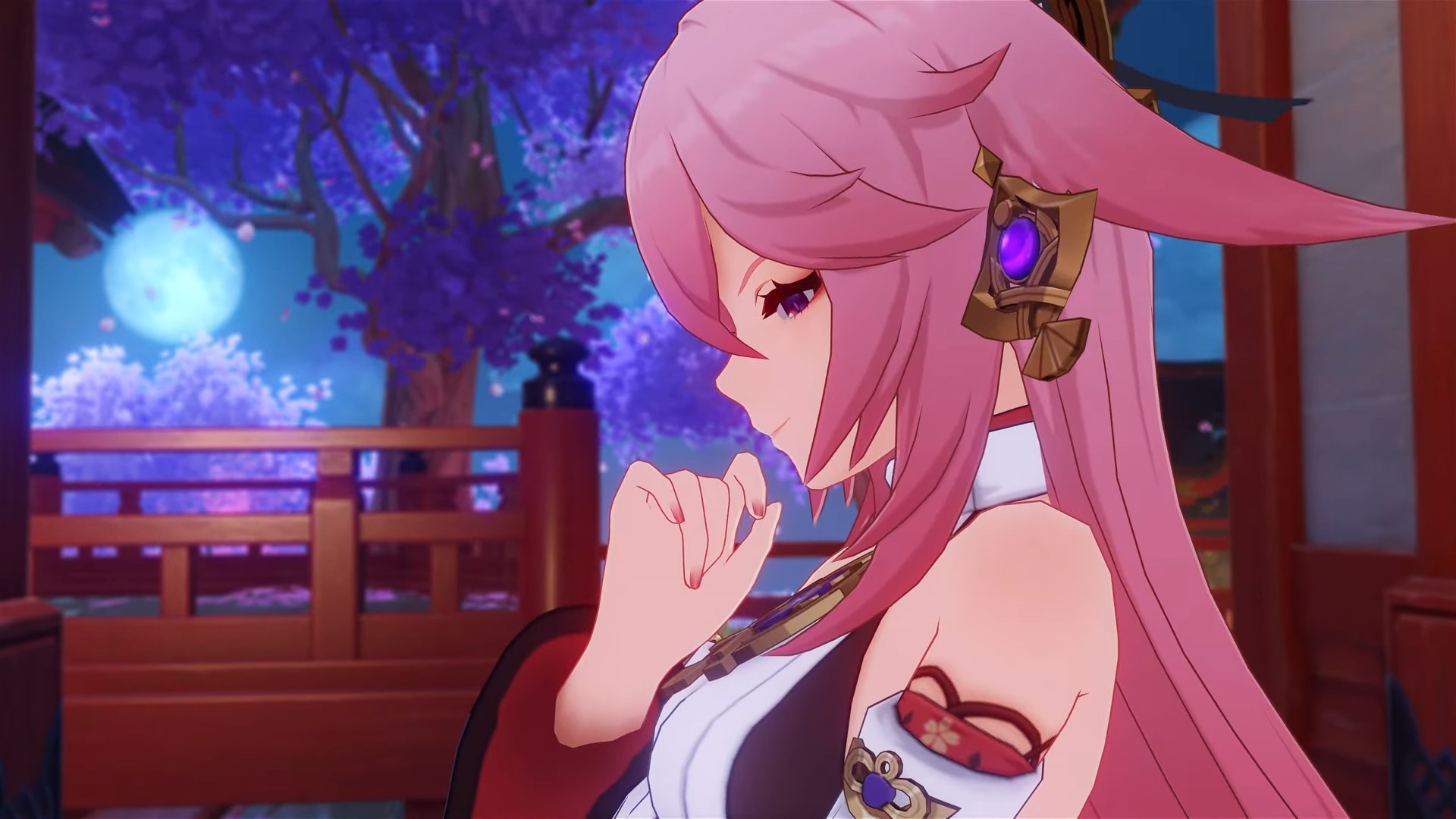 Looking for more information about Genshin Impact’s Yae Miko? Yae Miko is one of the upcoming Genshin Impact new characters, but she’s not going to be playable in the 2.0 update. Instead, she’s set to appear as one of the characters you meet in the Inazuma storyline.

She’s the chief priest – the Guuji – of the Grand Narukami Shrine on Mt. Yougou, Narukami Island – it’s the biggest shrine in Inazuma. In an official tweet from Mihoyo celebrating the 2020 New Year, it was revealed that upcoming new character Ayaka was Yae’s first guest of the year at the shrine. Like the rest of Inazuma, it’s clear that Yae Miko is heavily inspired by Japan, as Miko means ‘shrine maiden’ in Japanese.

According to Mihoyo’s description of Yae Miko, “her elegant and beautiful appearance belies an intelligent and cunning personality. She is a lady who is not easy to predict and has her own principles and methods of doing things”. Fans of Mihoyo’s Honkai Impact 3rd may recognise a resemblance between Yae Miko and Honkai’s Yae Sakura, who is also a pink-haired shrine maiden. Like Sakura, Miko is associated with foxes – she may have fox-like ears, though it could also just be her hairstyle – in the Chinese 1.5 livestream, Zhongli calls her “fox lady”. Here’s everything we know about Yae Miko.