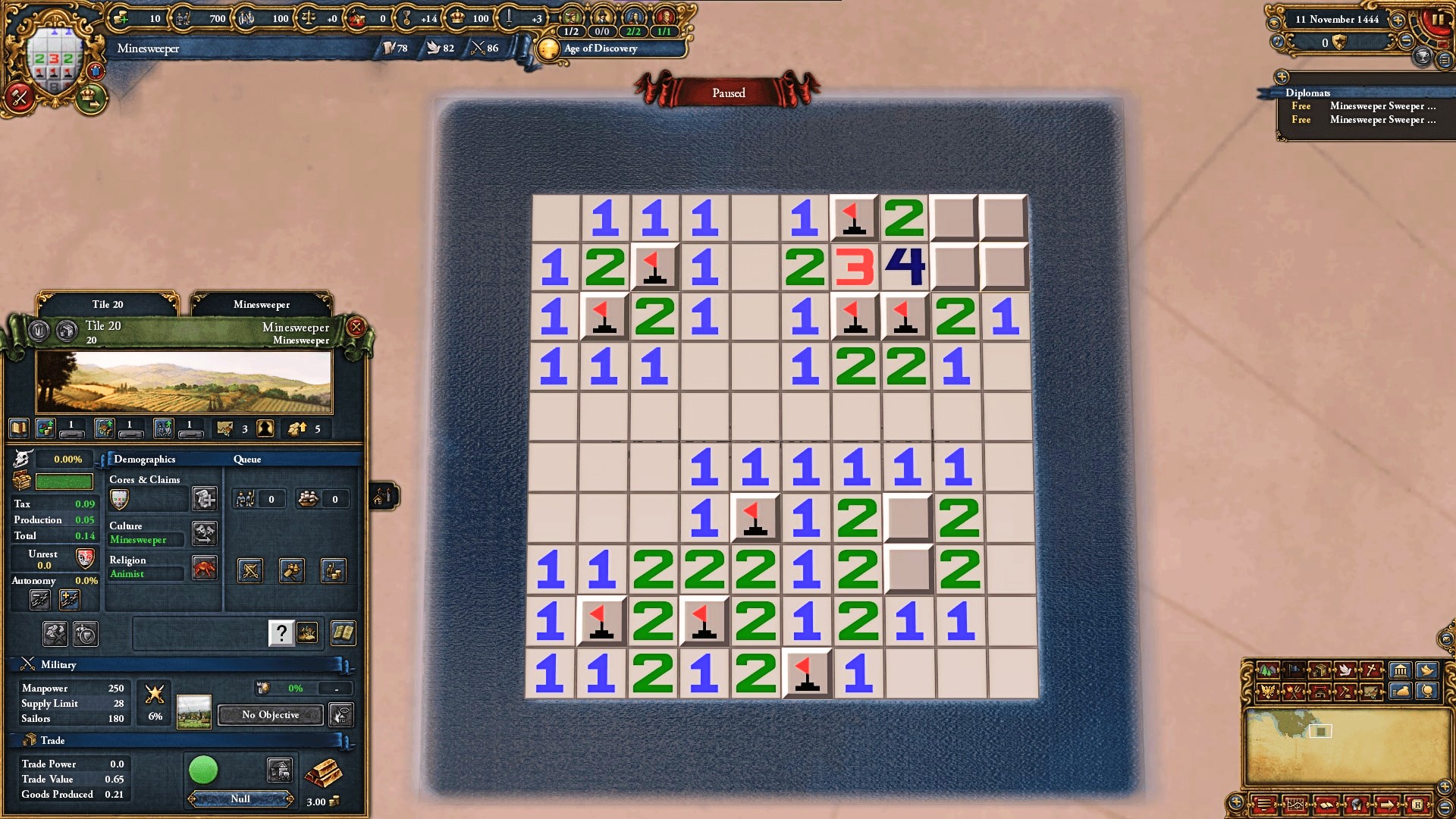 Europa Universalis IV has a lot going for it, but Minesweeper is not one of them. Thankfully, though, an industrious modder has brought that to an end.

Sol_InvictusXLII’s appropriately named EU4 Minesweeper mod gives you the option of ditching your game to play the old favourite on a big ol’ grid in the middle of the Atlantic. Mastering the art of war, diplomacy, and trade to build your nation is all well and good, but there’s nothing like a bit of Minesweeper to keep the mind sharp during a campaign.

Sol explains that the mod works on EU4 1.31.x, though it’s not Ironman compatible, and it won’t work with existing save files. Playing it is a doddle, though – switch to the Minesweeper Country or start a new game as the country. After that, a grid will populate, and you’re off to the races. You can choose one of the pre-set difficulties and select a custom amount of bombs from one to 100. You can play Minesweeper for as long as you like as the game is paused while you’re trying to avoid tripping one of those darn explosives.