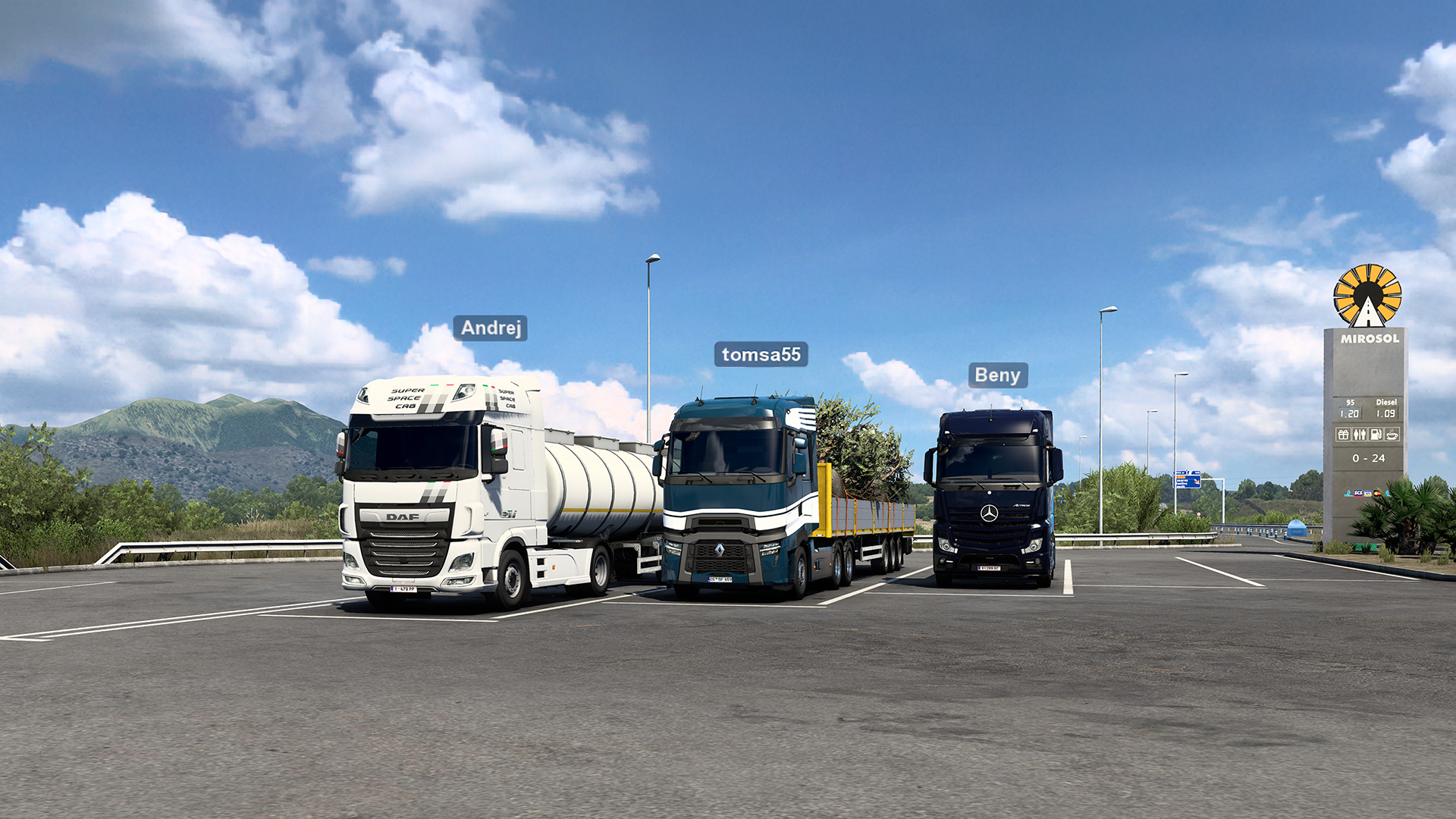 While fans of virtual trucking have been able to play SCS Software’s truck sims online for years thanks to the TruckersMP mod, there’s never been an option to play with your pals in vanilla American Truck Simulator and Euro Truck Simulator 2 – until today. The 1.41 update for both games is now live, introducing the Convoy multiplayer mode.

If you’ve missed the Convoy details so far, the mode allows you to create private online games for up to eight players. (The devs plan to increase that number in the future.) It’s much smaller in scale than TruckersMP, but it does allow for synchronised AI traffic, as well as synced time, weather, and truck customisation options. You can even hit the CB radio to talk to your fellow truckers. Yeah, that’s basically just a push-to-talk button, but I still love it.

1.41 launches today for ETS2, and besides the multiplayer mode, it also includes new time and weather options for the photo mode, a quick travel option, and updated UI for the in-game map. Those same features hit ATS when that game got its 1.41 update earlier this week.