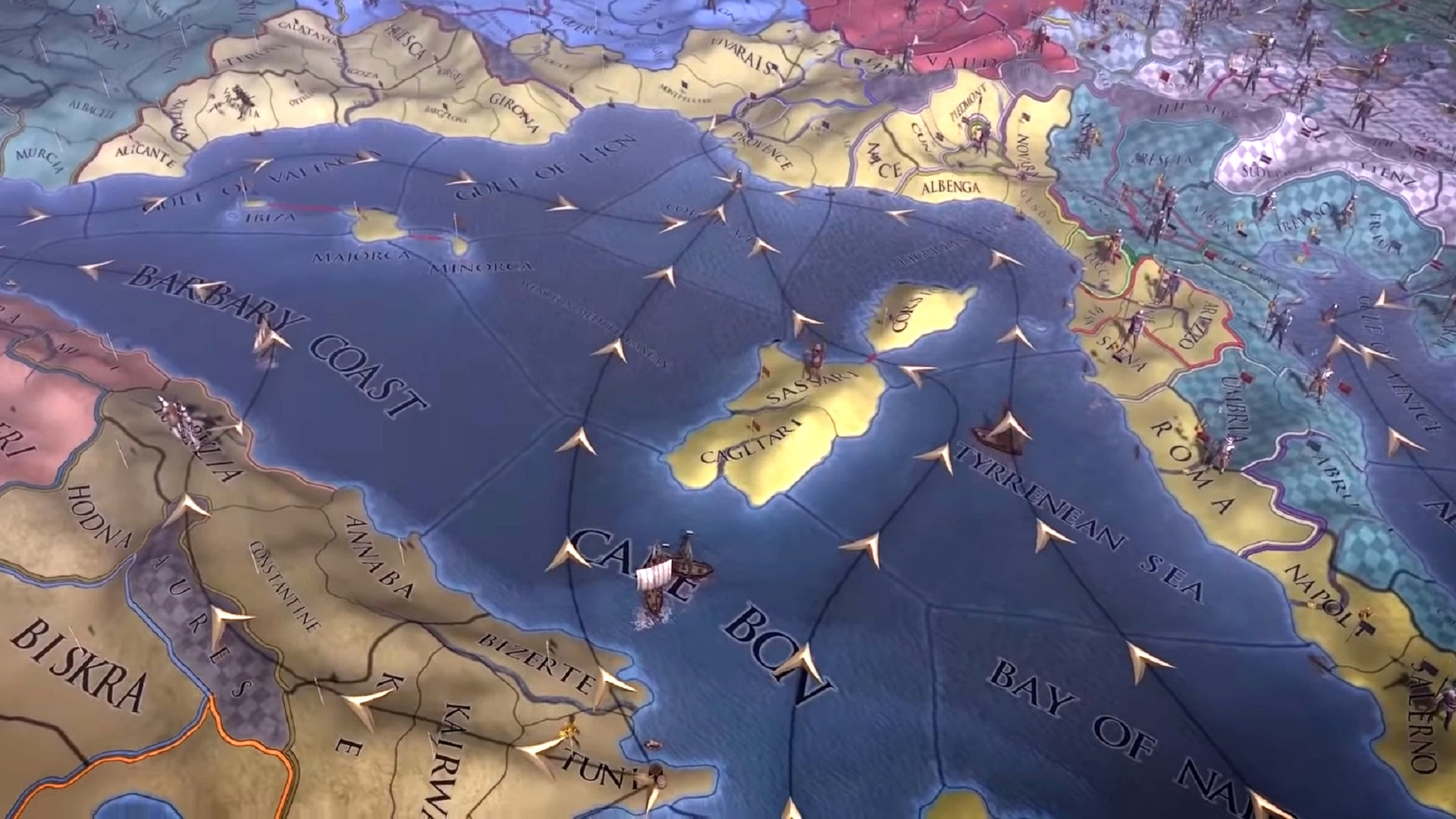 While you could debate until the cows come home which Paradox grand strategy game is the most complex, Europa Universalis IV is definitely up there on the difficulty scale. One of the areas new players can especially find difficult is trade, a system that’s changed several times since launch.

In the current version of the game, there are a handful of trade nodes based in Europe that are considered ‘end nodes’ – as in, trade flows into this node, but not outwards like with other nodes where there are both incoming and outgoing connections. This is an attempt to simulate the prominent trading hubs that emerged during the time period EU4 covers, and how certain regions tended to dominate trade in Europe.

It’s niche as hell, but there’s a debate among the player base as to which end node is the most lucrative to control. The current consensus appears to be that the English Channel is the best, followed closely by Genoa, with the Venice node being the worst. User Wureen on the EU4 subreddit has created a visual representation showing how many regions of the world feed into which endnotes, and the results seem conclusive.