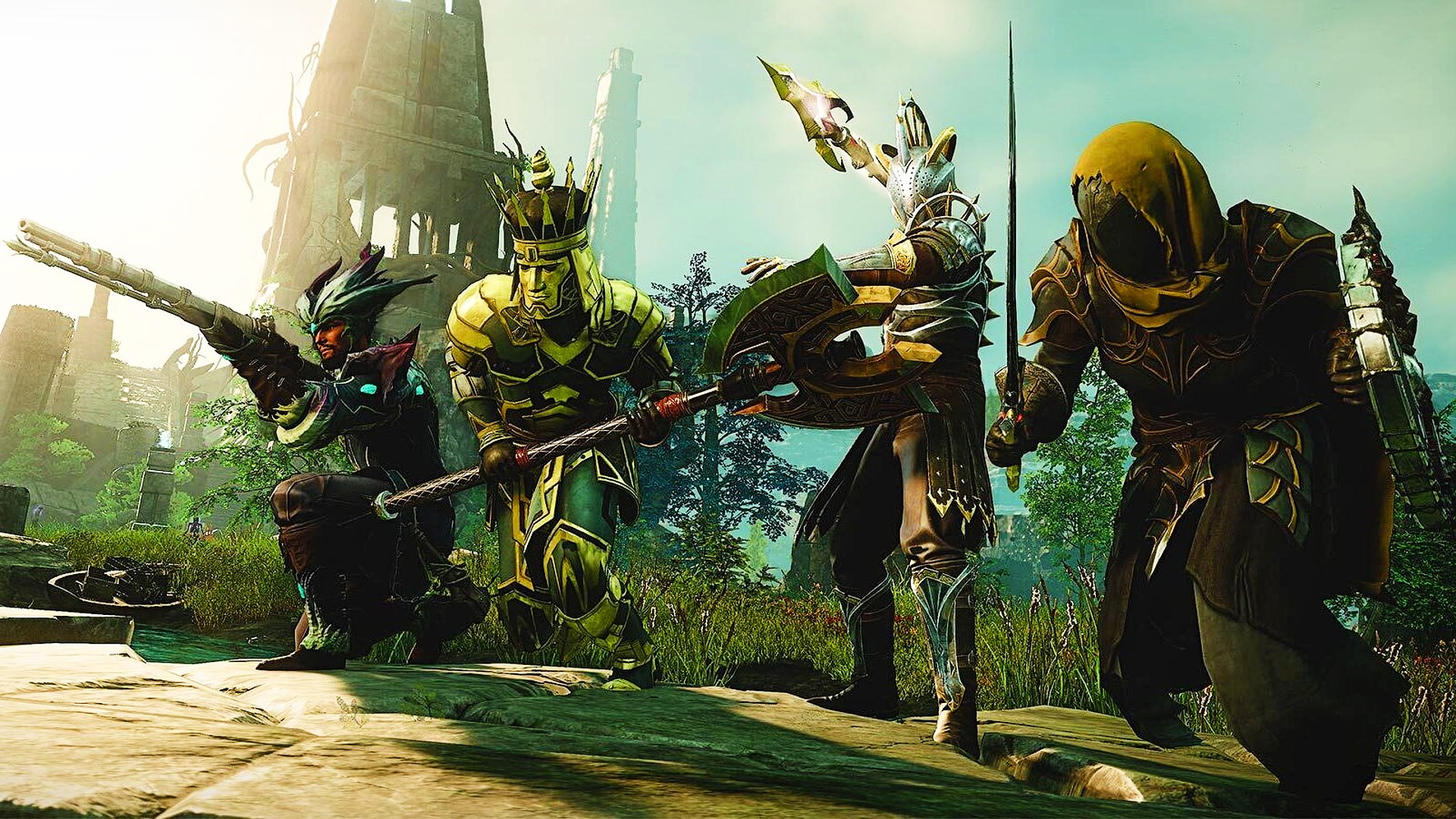 It sounds like the original build of New World would have had some big appeal to fans of survival games like Rust. In a talk at this year’s Develop: Brighton conference, senior producer Katy Kaszynski discusses the various development stages of Amazon Games’ MMORPG, and it turns out that players of its earliest alpha build took to it like a pretty unforgiving survival game – so the devs had to make some big changes to steer it back in an MMO kind of direction.

For context, New World’s alpha 1.0 was a pretty different beast to the MMO that tons of players have been getting stuck into since its launch in September. As Kaszynski explains, New World went from “this survival, crafting, horror, full-loot PvP game to what we have today” with the first alpha featuring these kids of elements: full-loot PvP, survival and crafting mechanics, and a fully player-driven economy where players built cities, pretty much anywhere they liked. This was all bundled in a sandbox world with no quests – just a bunch of intersecting game systems.

The devs invited a group of players to give it a whirl, and discovered that they didn’t tackle the game quite as expected. “We were hoping people would go out into the world – and we built this beautiful world that’s very similar to what we have now […] where they could build their own structures, where they could go and fight each other, and really chase each other down, and it was so cool. And that’s not what happened.”