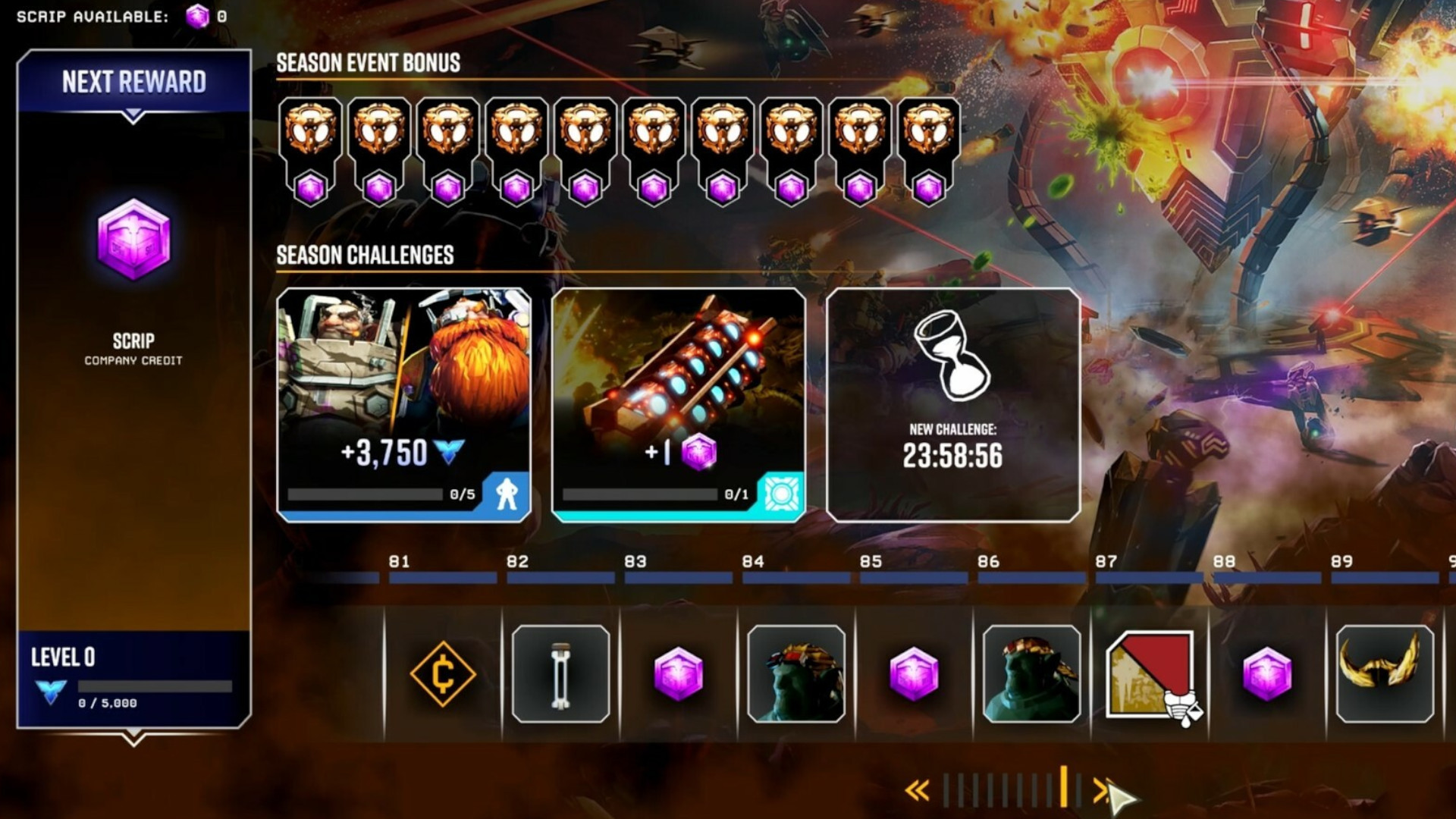 Deep Rock Galactic hit 1.0 over a year ago, but it seems the developers are far from done – in fact, we’re just getting to the game’s first season. The devs at Ghost Ship Games have announced Season 01: Rival Incursion, which will introduce new weapons, a new boss, and a completely free battle pass system.

The Performance Pass gives you 100 levels of unlocks to run through. You’ll reach new levels by earning performance points, which are awarded for completing normal missions or season challenges, or from finding data cells while playing. Each level will either earn you a reward directly, or will get you scrips, which you can spend to get items from a big cosmetic unlock tree.

It’s a pretty robust offering for a free battle pass, and the devs aren’t even counting on FOMO to keep you playing. All the Season 01 items will still be obtainable after the event comes to a close, though there are no details yet on how you’ll get them.