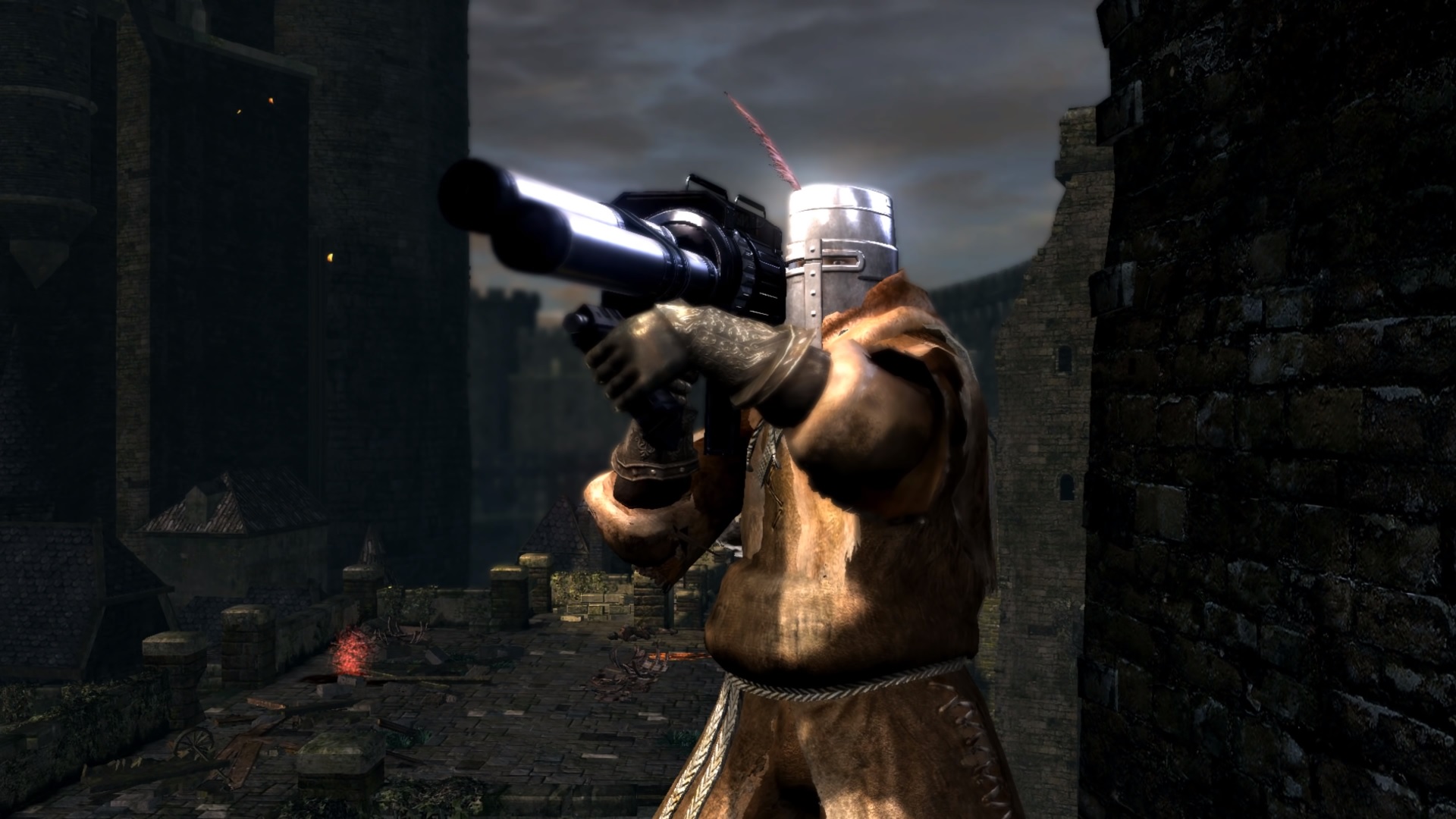 Around nine months ago, a Dark Souls fan released a mod overhauling the original game’s multiplayer while adding some maps, modes, and powerups from Halo. Not content to leave it there, Inferno Plus has spent six months creating an update that introduces Halo’s array of weaponry.

The modder explains that he had to add 100 new custom animations to the game so players could hold each weapon correctly as each one of Halo’s weapons has a different grip or is held in a unique position. Inferno Plus also spent time creating a new weapon category for the mod so he didn’t have to rely on model swapping the crossbow. Don’t worry, your Needler needles will pop after being stuck in the ground for a bit as 150 visual effects have also been created or recreated for the project.

The mod isn’t all about guns, though, and features oodles of improvements to the original file. You’re now getting 13 maps instead of three, new items like the Squirrel Ring that allows you to jump further, and a spell that sends you vaulting across the map.