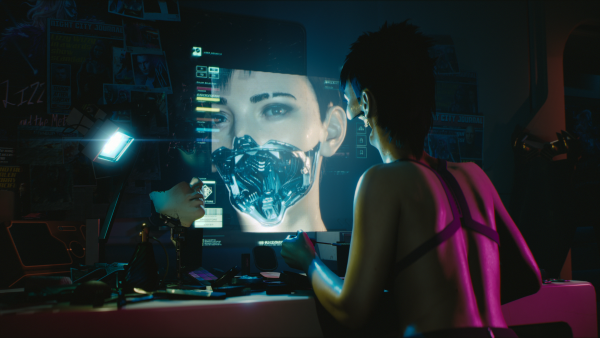 Now that Cyberpunk 2077 has introduced game-changing patches, it might finally be time to pick up this infamous yet critically acclaimed title. GameStop is currently running a promotion for PlayStation 4 and Xbox One versions. The PlayStation 4 version costs $24.99 and the Xbox One version costs $18.99, which are significantly reduced from the full $39.99 price. These are for physical copies of the game, not digital.

CEO Adam Kinscki promised that the company would continue working on Cyberpunk 2077 so that it could sell “for years to come.” Recent patches have already improved the game’s quality, enough that it’s closer to what developers intended from the beginning. Cyberpunk 2077 might’ve made a reputation for its botched launch, but the reviews hold up on the other great aspects of the game.

The enormous Patch 1.2 shined some hope on the title’s future, and the most recent Patch 1.23 seems to follow suit. At the very least, the game definitely isn’t as buggy as it once was. Patches are available for all consoles, PC, and Stadia, so anyone who owns the game should have access to the overall less buggy version. Those who pay for the game for this significantly discounted price also gamble for an even better version in the future.

Microsoft offered refunds on Cyberpunk 2077 up until last week. Now, it’s like any other game in the store. In case you aren’t updated on the current state of Cyberpunk 2077 in retail. The PlayStation Store, which pulled the game from its catalog soon after release, also recently reinstated it for purchase. However, GameStop’s deal for the physical copy stands as one of the most discounted versions available now.

Check Jelly Deals for discounts on popular games, accessories, and more. Or, if social is more your style, follow us on Twitter!

The post Cyberpunk 2077 discounted up to 50 percent at GameStop appeared first on VG247.