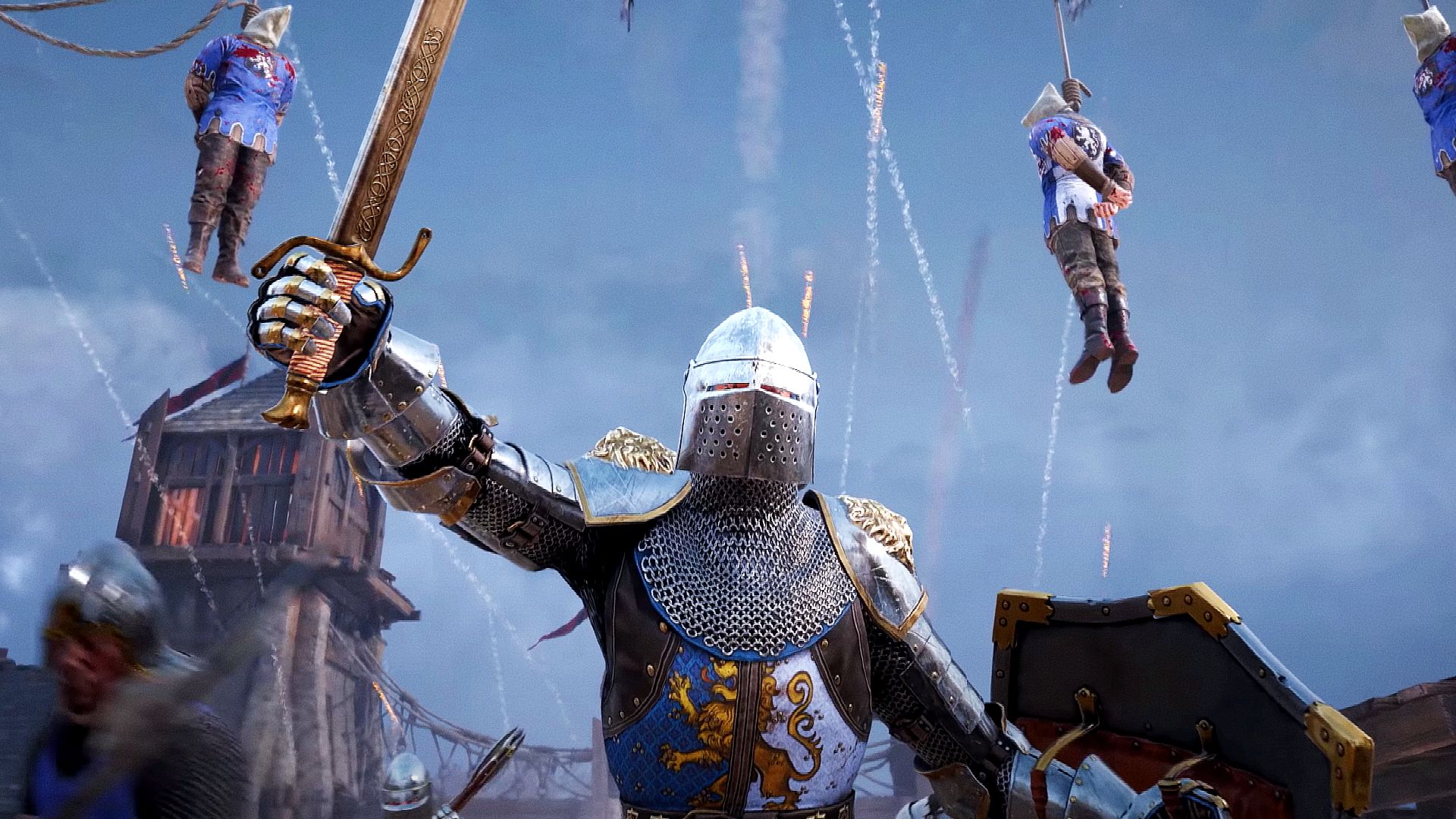 After 15 hours with Chivalry 2 I’ve managed to secure kills by throwing flaming chickens, anvils, lances, the heads of other players, boulders, sticks, ballista bolts, shields, broken bits of ladder, and pitchforks. I’ve kicked enemies off cliffs, 300-style; loaded myself into a catapult and soared behind enemy lines to slay archers; won a duel after losing an arm to the same enemy; and ducked into an outhouse to hide from a marauding horde. If you can dream it, then you can probably do it in Chivalry 2’s medieval battle sandboxes – which you can buy here, coincidentally.

But beneath all the Monty Python absurdity lurks a surprisingly complex first-person slasher. Melee players have three basic attack types – horizontal slashes, overhead strikes, and thrusts – to switch between, and you can hold down the left mouse button to turn any of them into a heavy attack, which is handy for messing with your enemy’s timing and dealing some extra damage.

You can combo by chaining any of those three attack types together, but you can also interrupt a combo by hitting the ‘R’ key to throw a quick jab. Kicking with ‘F’ is great for breaking an opponent’s block or pushing them back, sometimes into spike traps or down wells. ‘Q’ will unleash a special attack that’s nearly fatal and stuns a blocking enemy, and if you’re feeling confident you can throw your weapon with ‘G’.