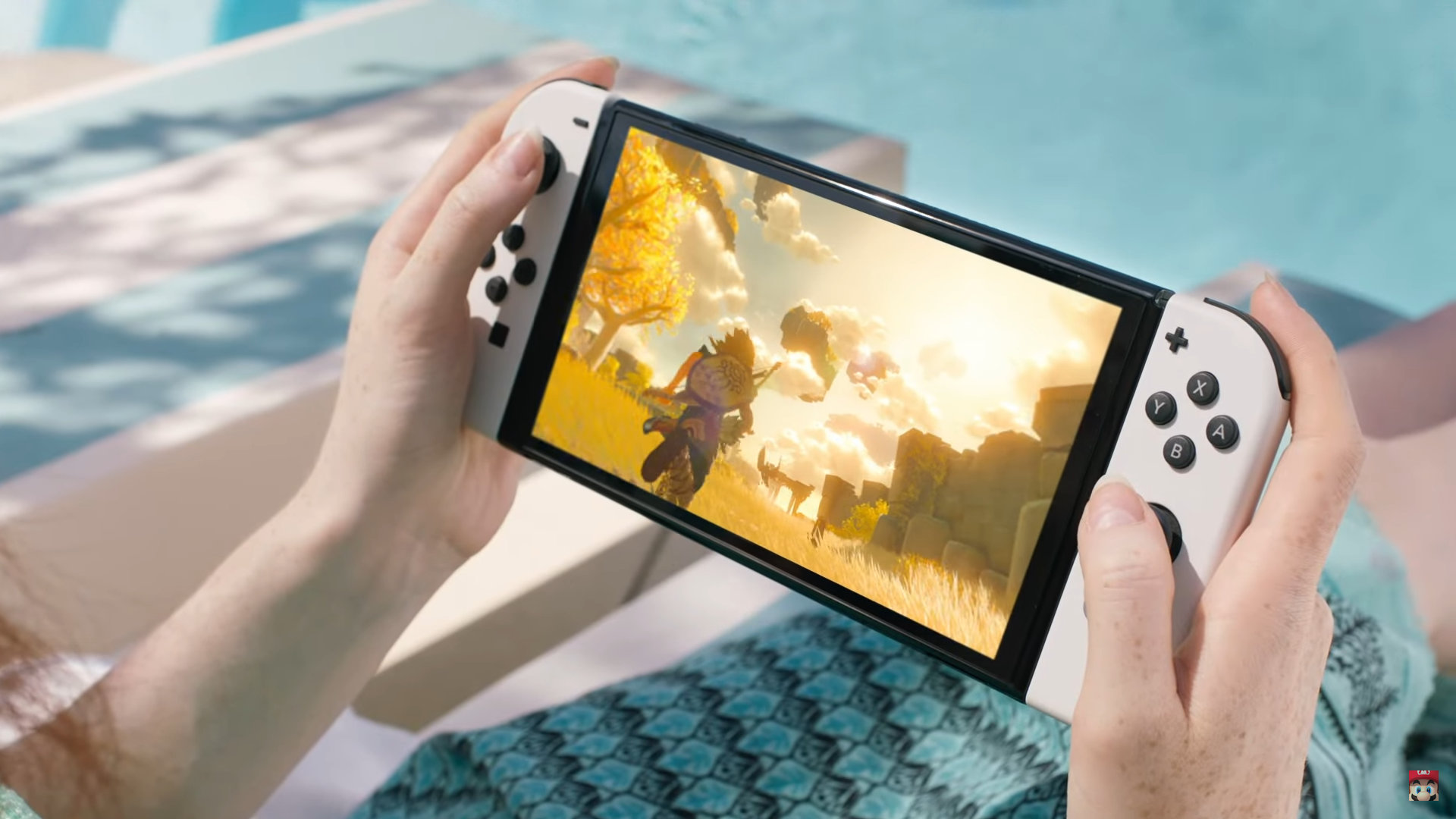 Nintendo is set to welcome a new console into the family on October 8, blessing the Switch with a sizable 7-inch OLED panel. It doesn’t look like it’s the long-rumoured Switch Pro, however, begging the question of whether it can keep up with the wave of incoming handheld gaming PCs.

The Switch Pro exists only in whispers, but is said to deliver 4K graphics and an improved Tegra processor that could see Nvidia’s DLSS appear outside of gaming PCs for the first time. We don’t know what the new Switch OLED packs under the hood just yet, but such features didn’t make headlines during Nintendo’s announcement and its $50 premium over the original model leaves little room for beefier specs. Instead, we’re left with the same 720p handheld mode and 1080p resolution when docked.

Of course, the OLED panel is nothing to scoff at, with the potential of richer colours and a brighter screen to combat the sun’s glare when you’re playing outside – the best gaming monitors don’t even use this technology yet. It’s a great addition for newcomers, but there’s arguably little to entice current Switch owners to take the leap – unless you own the original, then the Switch OLED also offers you a better battery life (you can check here).