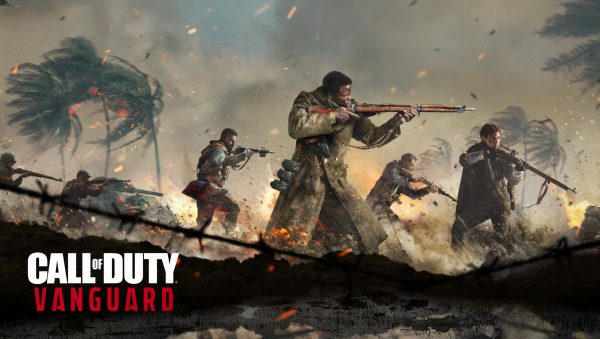 Any players that log into tomorrow’s Call of Duty: Vanguard reveal event in Warzone will net themselves some free gear, Activision has said.

The official Call of Duty Twitter account is teasing a “care package” that participants in the upcoming Battle of Verdansk event will recieve if they log in whilst the event is active.

The rewards on offer include: “new weapon and knife blueprints, a bike skin, a timepiece, and more”.  In order to claim the rewards, you simply need to “join the fight, defeat the target, get to the exfil.” Sounds simple enough… right?

The event itself will introduce some new elements to the game, including  “a new kind of weapon, […] bigger than anything we’ve seen before” per the Call of Duty blog. The blog also encourages teamwork, noting satisfactory completion of the event will require “all squads working together to get the job done.”

Command has sent a care package, but you’ve got to be at the #BattleofVerdansk to claim it.

👀 the brief for more intel pic.twitter.com/UxooK9q8Vz

The full Call of Duty: Vanguard reveal will take place inside Activision’s battle royale on Thursday at 10.00am PST / 1.30pm EST / 6.30pm BST.

It’s not really a surprise that this is the route taken by Activision when it comes to the Call of Duty: Vanguard reveal – the publisher did something very similar with the Black Ops Cold War last year, after all.

The news comes in the midst of major turmoil within Activision Blizzard following the State of California’s lawsuit against it, alleging widespread discrimination, abuse, and harassment. A major part of the complaint centres on Blizzard’s “frat boy culture”, and it has so far caused the company to fire president J. Allen Brack, and longtime HR head Jesse Meschuk in a bid to make some progress.

Many, however, do not believe Activision Blizzard intends to make any major structural changes. The publisher has already brought in a union-busting law firm to quell calls for collective action, but that hasn’t stopped some employees from forming a coalition across all of its labels.