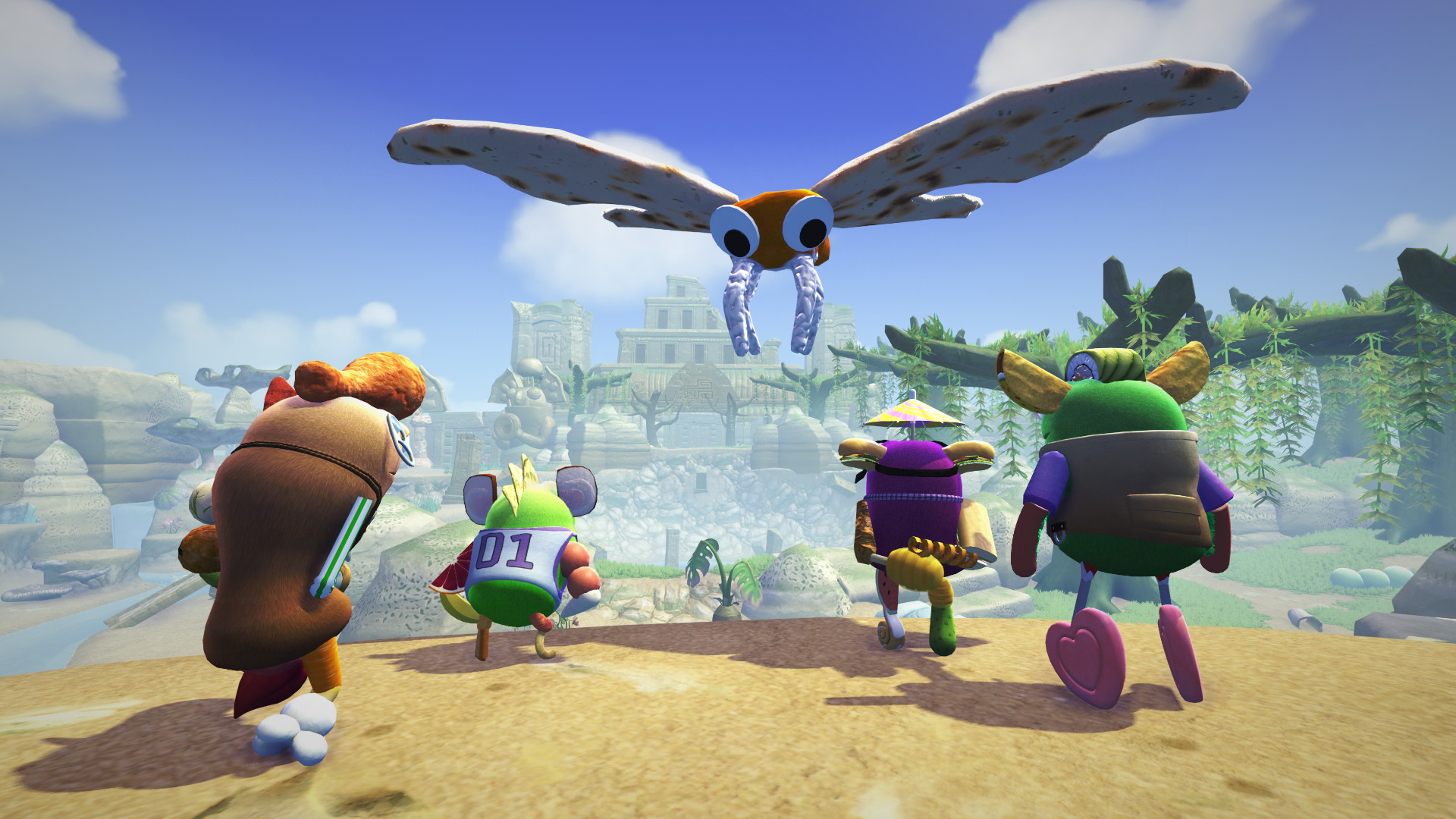 Bugsnax! They’re bugs! They’re snacks! And now they’re big! As part of today’s Sony State of Play stream, the devs at Young Horses unveiled Bugsnax: The Isle of Bigsnax, a chunk of free DLC coming to the game early next year. As befits DLC debuting during a PlayStation event, it’ll hit PS4 and PS5, but the devs have confirmed in a press release that it’ll come to PC, too.

The Isle of Bigsnax takes us to an island freshly emerged from the bottom of the ocean, populated with massive, prehistoric Bugsnax. The expedition will take place during the course of the original game – you can load a save from before the point of no return to access it – and will introduce new mechanics like the shrink spice, to make those giant snax catchable.

The update also brings new content to the base game. You’ll now have your own hut in Snaxburg, and you can decorate it with over 200 pieces of furniture earned via a new challenge system with over 100 objectives to complete, as detailed on the PlayStation Blog. On top of that, you’ll be able to collect Bughats to dress up the Bugsnax to the Bugnines.