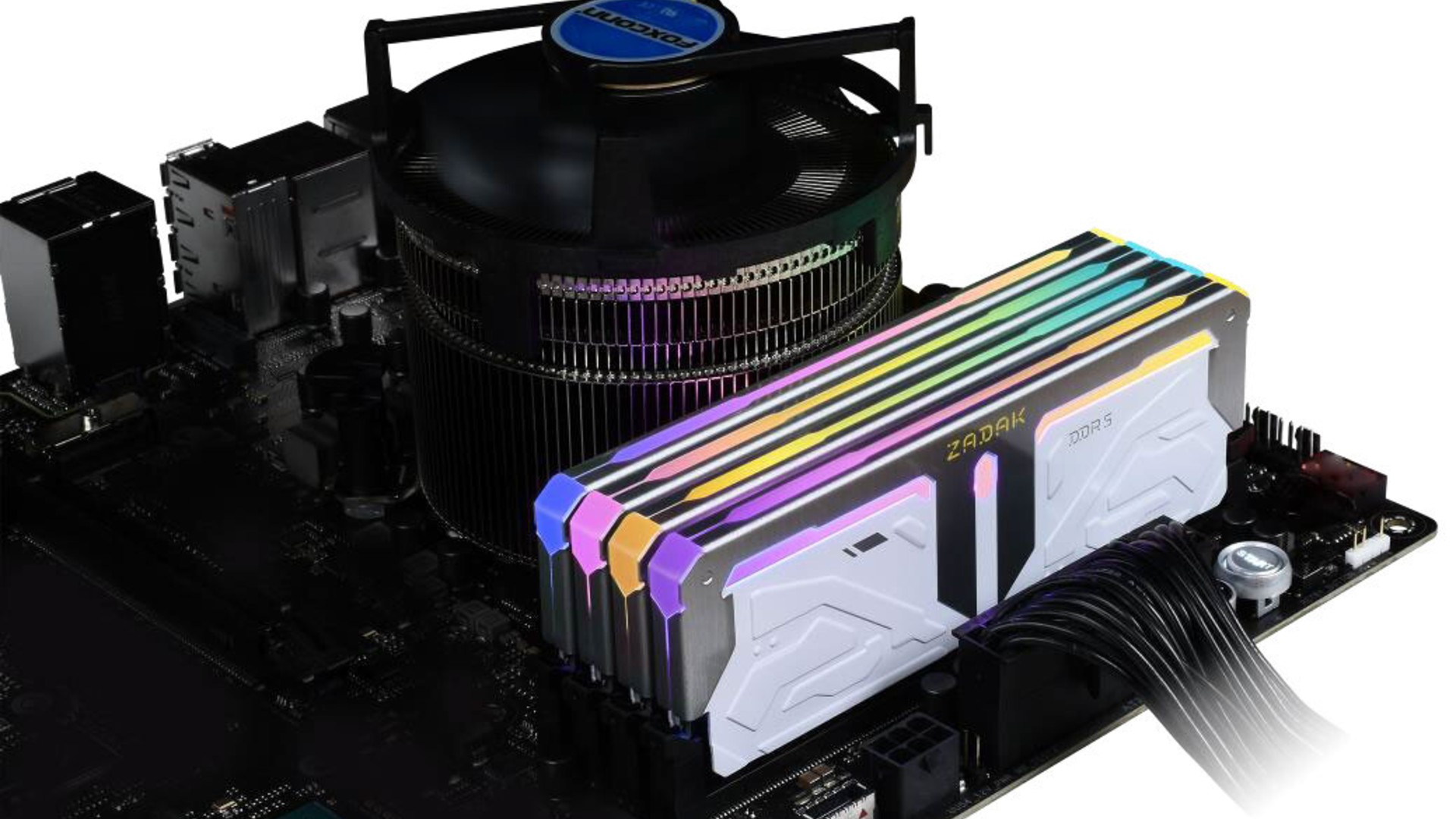 Teamgroup’s already put its entry-level DDR5 RAM up for sale, despite there being no gaming PC that can support the new memory until the Intel Alder Lake platform arrives later this year. However, its heatsink-less design and base 4,800MHz clock speed makes it look a little boring. Zadak, however, has just announced its new DDR5 kit, and it has all the hallmarks of becoming the future best gaming RAM.

The heatsinks combine a smart white and brushed metal design along with RGB lighting, while the RAM will be available in a 16GB and 32GB capacity. Clock speeds vary from 4,800MHz to 7,200MHz, with the latter already getting close to the standard’s rated limit of 8,400MHz. This RAM might even be able to pass the 8,000MHz barrier with a bit of overclocking and extra cooling.

With yet another manufacturer revealing its DDR5 modules, it seems very likely that we’ll see other big players in the memory game such as Corsair, Crucial, and Kingston reveal their own DDR5 kits very soon.