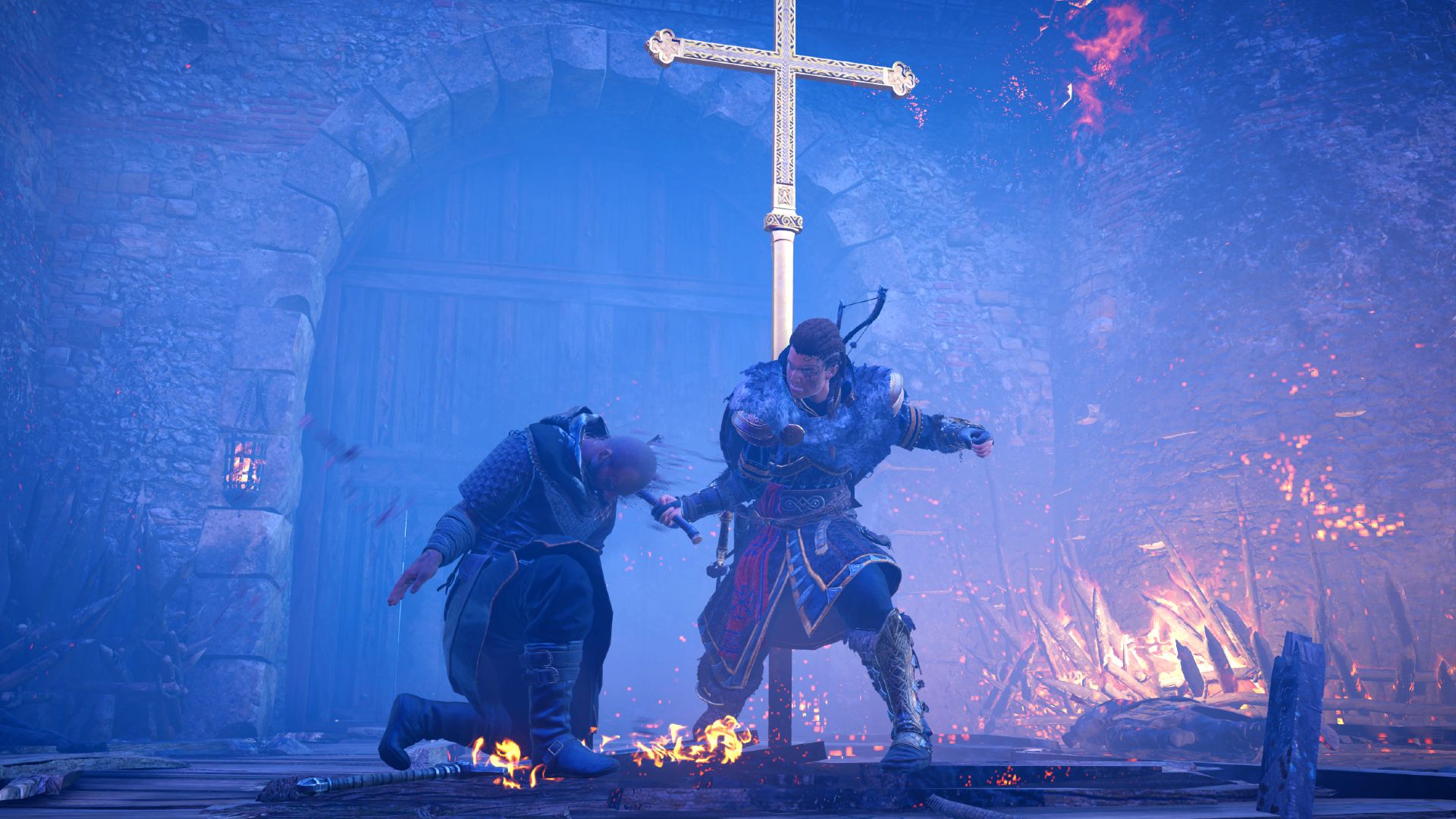 “Peace – that’s a strange word in the mouth of an invader,” says King Charles the Fat, as he relaxes deep in the recesses of a dank Parisian brothel. Eivor, a Norse warrior on a visit from England, has tracked the monarch down on the off chance he might be convinced to remain in Francia, rather than setting his sights on Eivor’s newly adopted homeland. You can’t deny he has a point: Eivor and the Raven Clan probably have even less of a legitimate claim to the lands they now inhabit than Charles does.

Since this is Assassin’s Creed Valhalla, however, it quickly becomes clear that peace was never really an option. The Siege of Paris, Valhalla’s second expansion, sees Eivor cross blades with countless Frankish soldiers and butt heads with her vengeful kinsman Sigfred, who is determined to put Paris to the torch.

As an expansion, The Siege of Paris is more constrained than Valhalla itself, and it benefits from more verticality too, both in terms of its physical spaces and in its approach to encounter design. There’s a bit more depth here than can be found in the vast expanses of Valhalla’s fractured England, and it’s a welcome return to some of what made Assassin’s Creed games of the past so much fun.