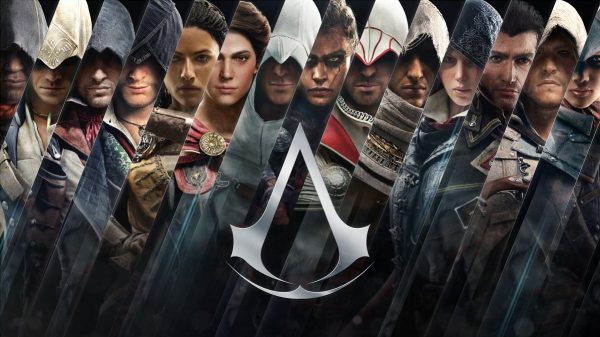 Ubisoft’s next Assassin’s Creed will be more than just a standard game.

Assassin’s Creed Infinity is the codename for the next game in the series. Currently in development at Ubisoft Montreal (Valhalla), and Ubisoft Quebec (Odyssey), the game is an evolving online platform that contains multiple historical settings.

A new report from Bloomberg revealed some early details about the project, which Ubisoft confirmed the existence of, but not the specifics. According to the report, Infinity will be a live service platform whose individual components will be connected, but look and feel different. The publisher plans to expand and build on them in much the same way Fortnite, and GTA Online do.

According to people familiar with Ubisoft’s plans, who spoke to Bloomberg, the Montreal and Quebec teams have been unified into a single unit that’s now working on Infinity. Despite this, they will each retain their own creative director, and Quebec appears to be taking the reins.

Ubisoft also confirmed this organisational change to Bloomberg, saying that it will allow the Assassin’s Creed franchise to “evolve in a more integrated and collaborative manner that’s less cantered on studios and more focused on talent and leadership, no matter where they are within Ubisoft.”

This merger has not been well received by everyone by developers, some of whom still believe Ubisoft has not gone far enough in removing abusers following the company’s own MeToo scandal. According to the report, employees complained on an internal forum that certain accused leaders remain in their positions. In a statement, Ubisoft said that all allegations have been investigated, and appropriate action has been taken against those found guilty.

“Any employee that had allegations and remain at Ubisoft has had their case rigorously reviewed by a third party and were either exonerated or underwent appropriate disciplinary actions,” a spokesperson said. “Employees who have been under investigation would not remain at Ubisoft if results of investigations warranted termination.”

The idea of a never-ending Assassin’s Creed, lucrative as it may seem to Ubisoft, has also caused some developers to leave the Montreal studio. Some cited competition from rival Montreal studios, while others were simply tired of working on these colossal productions.

Infinity is early in development, and is likely years away. It’s not clear whether more traditional Assassin’s Creed games will arrive in the interim.